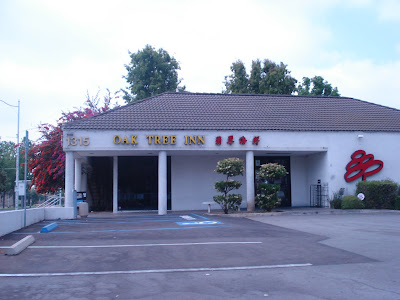 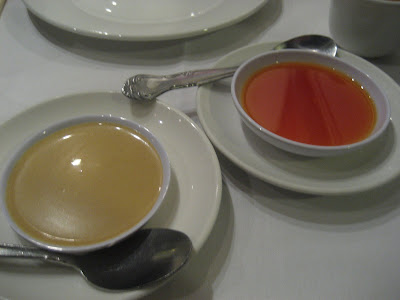 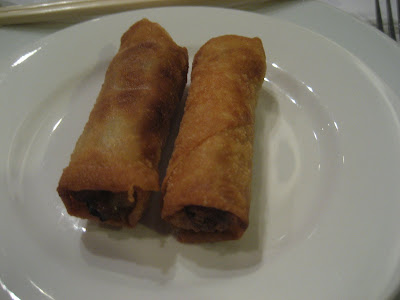 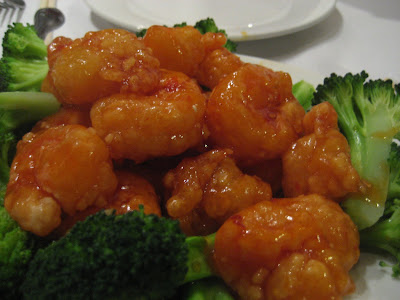 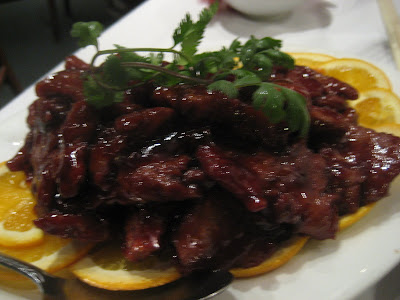 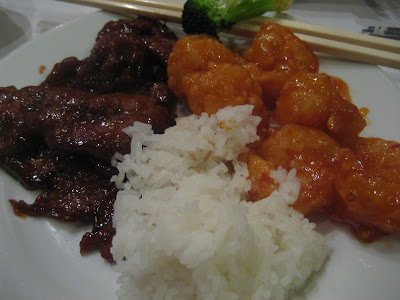 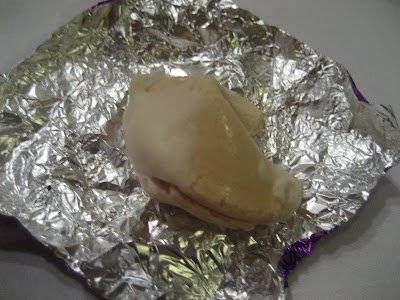 I really can't pass up a Chinese meal. Whether it's a big group trip on the Gold Line down to Chinatown for dim sum, or a family dinner at Yang Chow, or even a quick lunch at Panda Express for an Americanized version of the cuisine, I could probably eat it every day and not get tired of it.

These days, I seem to have whittled down my usual Chinese meals to three places: Pickup Stix for something quick, Yujean Kang for something fancy, and Yang Chow when it's a meal with my family. A couple months ago, after a friend turned me on to Golden China, I started to think about other places I have not been in years.

Oak Tree Inn is just down Fair Oaks from Golden China. I ate there once about 6 years ago, when a friend lived just around the corner, but I cannot remember anything about that meal. This doesn't mean much other than the fact that it was neither terrible nor outstanding. It always seems to be busy, so I figured it couldn't be too bad.

A couple Friday nights ago when there was a chance of rain and the Dodgers had a home game (back when Manny was still playing) I met Elizabeth in Hollywood to show her a different way to bypass the Friday night Dodger Stadium traffic. We had considered going out in Hollywood but it wasn't very nice out and I suggested heading back into South Pas and eating somewhere. We settled on Oak Tree.

We got there about 7:30 PM and the place was packed. (It was raining and I didn't feel like taking my camera out and standing there to take a picture, so I went back a couple mornings later and snapped the exterior. That's why it looks deserted.) We got a small table by the window and opened the menu. An order of spring rolls sounded like a great start.

The spring rolls were very good. Not as good as Empress Pavillion (perhaps the best I have ever had, not counting the Portland Saturday Market) but still amazing. The hot mustard was just as spicy as Golden China's, which is a good thing. I definitely could have eaten several of these.

We ordered the sweet & pungent shrimp and the champagne beef. The shrimp were fantastic. They were huge pieces of shrimp and battered perfectly. Often, when I order a dish like this, the shrimp are covered with so much cornmeal that some of the shrimp have powdered cornmeal on them, providing a strange texture. These were crunchy and the sauce was great.

The champagne beef was interesting. The sauce was buttery smooth and very tasty, but the beef was too chewy. I wasn't crazy about it. If the beef had been crispy it would have been much better. Of course, the next day, after the leftovers had been in the fridge all night, the beef had firmed up, and I much preferred the cold leftovers.

We had complimentary white chocolate fortune cookies after dinner. They were good but not great. This was a nice meal, but it wasn't as good as Golden China. It cost about 25% more, although that isn't really a fair statement since both entrees were off the "chef's specials" section of the menu, and we'd ordered a shrimp dish, both of which contributed to the higher cost. I would certainly visit Oak Tree Inn again if it were the only Chinese restaurant close by, but with Golden China even closer, and a little cheaper and better, that is where I will be going from now on.
Posted by JustinM at 1:50 PM

Looks like a cool spot. Were you treated as foreigners? Or was it a mix of ethnicity in the diners? I prefer the more traditional experience like at Wang's Palace where they bring the duck out to the table before they cook it...traumatizing your half-aunt in the process. Ah, Wang's Palace - too beautiful to last...

I read that Wang's Palace reopened as Wang's Place on Lemon Ave. I can neither confirm nor deny that, though.