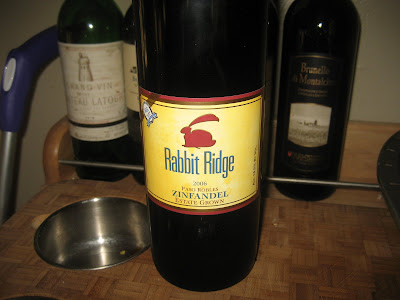 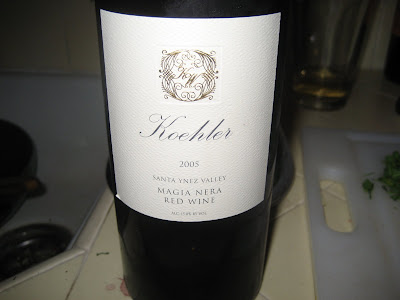 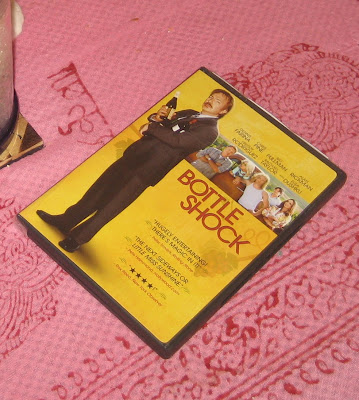 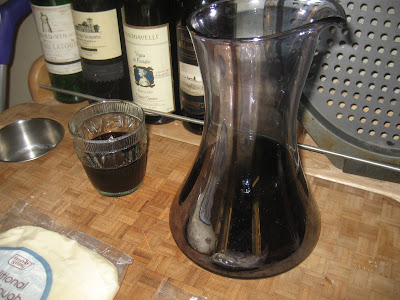 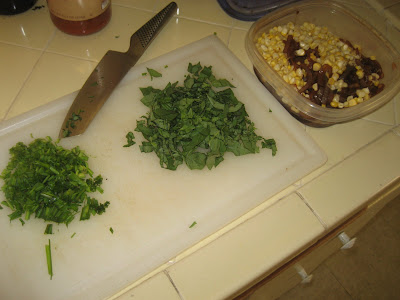 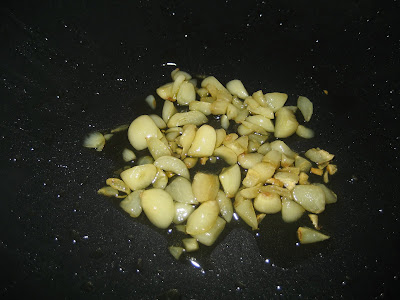 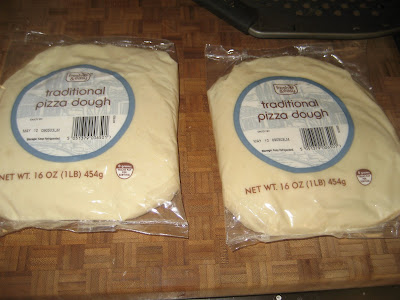 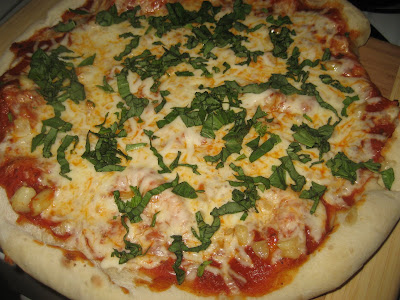 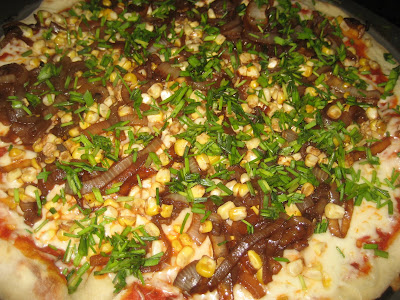 I hardly ever like movies about wine. I've watched Sideways many, many times, although I usually just fast forward to the scenes at wineries and vineyards. I don't have much interest in the exploits of the two pathetic protagonists. I do a similar thing with A Good Year; it's a gorgeous movie to look at, although Russell Crowe is about as poor a casting choice for that role as they could possibly have made. I haven't seen A Walk in the Clouds because that would violate my policy of not watching Keanu movies unless he's playing Ted "Theodore" Logan.
-
But a couple months ago I watched Bottle Shock and I loved it. The movie is based on a book I read years ago,"Judgment of Paris," about a Parisian wine tasting, but also about the birth of California wines as a worldwide phenomenon. The other evening, while having dinner with Elizabeth and our friends Tracie and Anne, I suggested we make pizza and watch a movie on Tuesday night. I wanted to purchase Bottle Shock, and I went to Blockbuster, hoping to find a used copy. They only had a new copy for $29.99. That seemed ridiculous so I left, thinking maybe the girls wouldn't mind if I put on Ronin for the 200th time.
-
Yesterday my mom asked if I would do her a favor and pick up some storage boxes at Staples. I went by only to find they were out, so I went to the Target just a few blocks away. Not only did they have boxes, but they had Bottle Shock on sale for less than half the price of Blockbuster. The plan was back on.
-
In the evening, as I did prep work for dinner, I poured a glass of Rabbit Ridge Zinfadel that was in the fridge. I have no idea where that came from; I imagine someone brought it over for a bbq. There was nothing special about the wine, but it tasted OK, and I didn't mind drinking it cool. (I certainly wish I had another one of the bottles just behind it in the picture, a 1978 Chateau Latour grand vin that my friend Tim gave me for my 30th birthday last year. It was one of the best wines I have ever tasted.)
-
For the pizza I sauteed some cloves of garlic, chopped some chives and basil, and reduced some sweet onions in balsamic vinegar with some roasted corn. I used Fresh & Easy's pizza dough. It costs $1.29 per bag and is much better than any other store-bought dough. One of the pizzas got the garlic and basil, the other got the onions, corn and chives. I think the second pizza was more popular, although we ate almost all of both.
-
When the movie started, Tracie exclaimed "Oh, Alan Rickman is in this!" Anne asked who that is and Tracie replied "He was Snape in Harry Potter."
-
Now, I do not mind sitting idly by while the girls talk for hours about hair products and fashion. But describing Alan Rickman as a character in Harry Pottter was too much.
-
"He was Hans Gruber in Die Hard," I said.
-
After the zinfandel was gone I opened the bottle of Koehler Magia Nera that we had gotten at the wedding a week ago. It was outstanding. I later looked up the wine on the website and was not surprised to see it described as a Super Tuscan.
-
I liked the movie just as much the second time. It is one of the most beautiful movies I have seen in a while. The vineyards are almost a character themselves. The plot lines that take place in Napa are relatively trite, but the scenes with Alan Rickman, especially when he travels to California to taste wine with the self-described "hicks," are exceptional.
Posted by JustinM at 2:11 PM