Dinner at the Farm 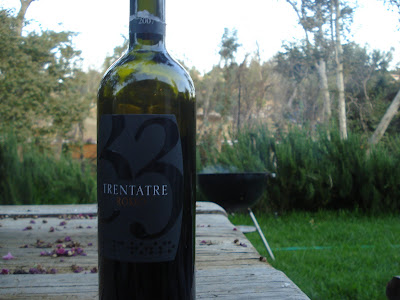 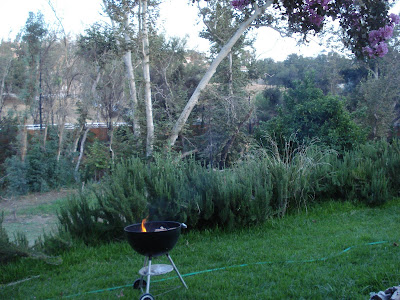 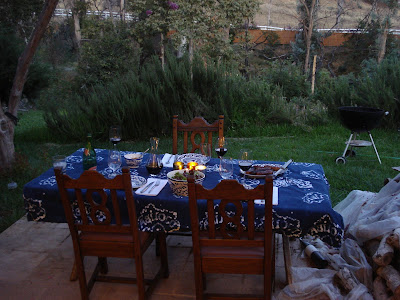 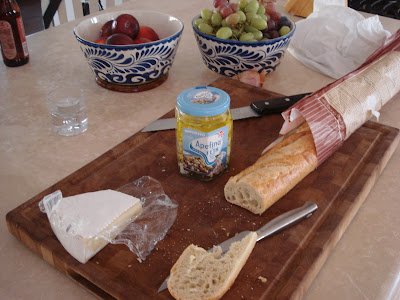 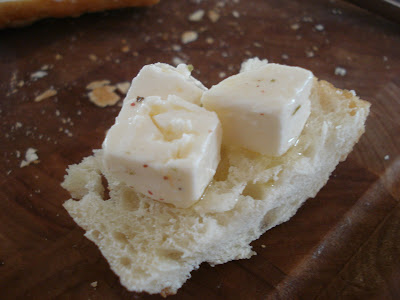 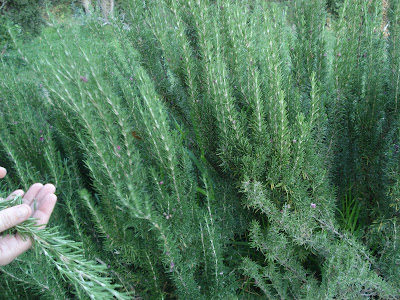 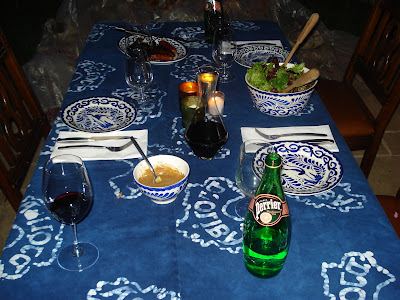 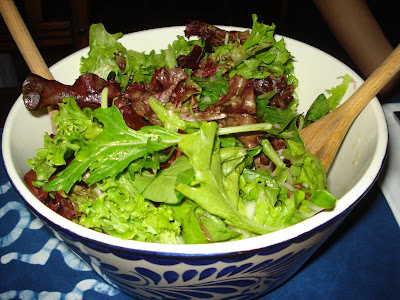 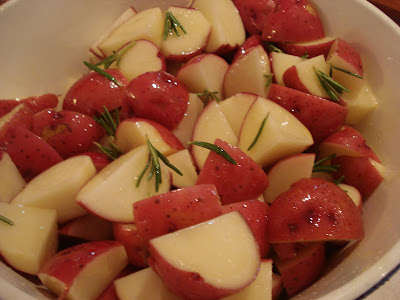 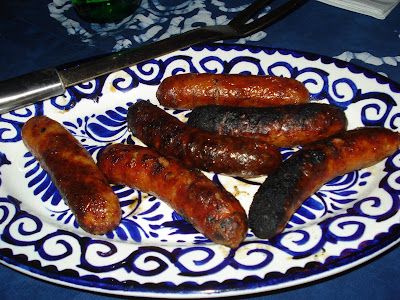 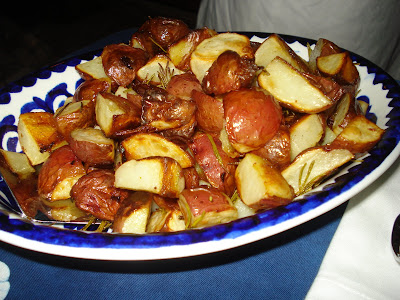 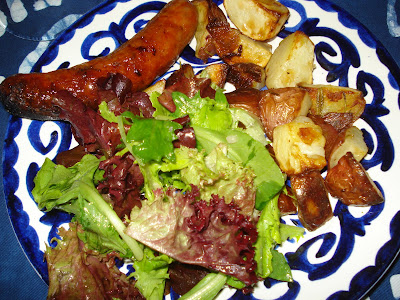 Elizabeth and I had been thinking about going away over the weekend, possibly a trip to Santa Barbara. But the room rates - even for the less fancy motels - were ridiculous. I don't know why I'd expected anything less. There are obviously some people who still have plenty of money to spend. (Two years ago a group of friends and I did a wine tasting trip; we stayed at the Days Inn in Santa Barbara. It was pricey then, but 's even more expensive now, which I'd never expected.)

But our friend Tracie's boss owns a farm down in Ramona, and she suggested the three of us go there for the weekend. That sounded fantastic: less crowded, less expensive, just a relaxing weekend. The property is fantastic. It's about eight acres with a ranch-style house and a back patio just above a lower lawn and creek. As soon as I saw the patio I knew that's where I'd be eating dinner.

We opened a bottle of Trader Joe's Trentatre and sat around nibbling on some bread with feta cheese marinated in olive oil and herbs. In the background of the first two pictures you can see rosemary bushes, but neither reveals just how much rosemary there is. I have never seen that much in one place, and we decided we'd be fools not to take advantage of that.

Tracie picked a bunch of rosemary and chopped it, adding it to some diced potatoes and baking them in the convection oven with olive oil. I grilled a few sweet Italian sausages while Tracie made a salad with a vinaigrette. This was not a very fancy meal but then again a fancy meal isn't what the situation called for. Great food can sometimes improve the circumstances, but great circumstances always improve the food. If you understand this then you understand everything.

Everything we ate was good, but the star of the meal was the potatoes. They were the best oven roasted potatoes I have ever eaten. I was not surprised when Tracie informed us that the oven is a convection oven. This was the most enjoyable meal I have had in a long time. It would only remain that way for 24 hours, however. More on that tomorrow.

Sitting up here in the San Gabriel Valley with all the smoke makes me want to head right back down there.

I just wanted to stay up there! Good food, good company and lots of relaxation.

So pretty! What a realaxing spot. The oven roasted poatatoes are making my mouth water!