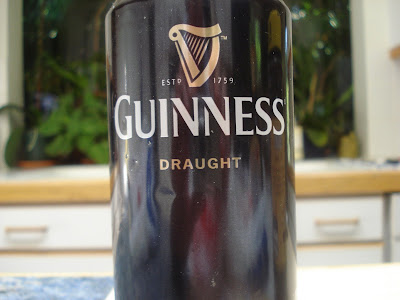 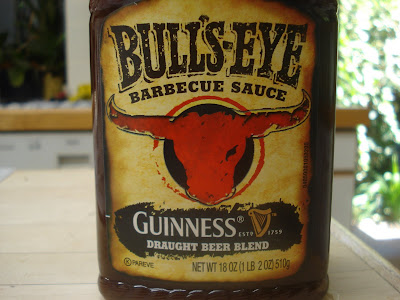 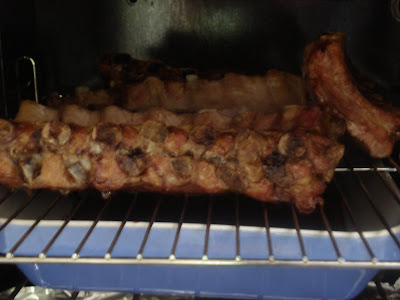 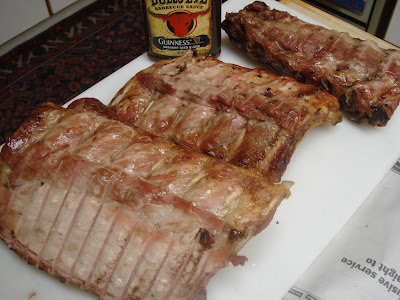 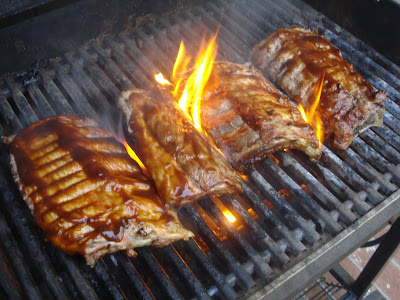 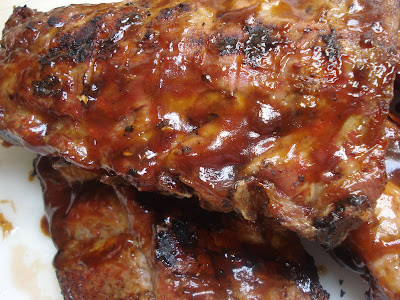 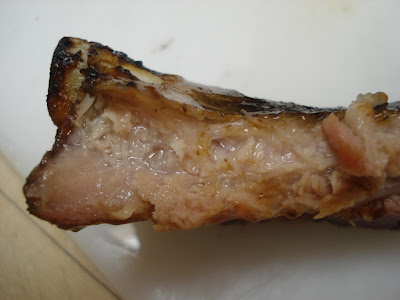 Yesterday was Arthur Guinness Day, the 250th anniversary of Guinness Stout. There is no drink in the world I love more than a perfectly poured pint of Guinness; there are very few things I love more. And my middle name is Arthur. So I had to do something to celebrate. I considered just sitting around drinking Guinness all day, but that seemed a little counter-productive. Although I once did that in Dublin, my brother and I starting at the Guinness Factory and making our way back to the hotel, stopping at several pubs to see which pint we liked the most. (In the end I liked the pint at Mulligan's the best, with The Quays a close second. Interestingly, the pint at the Guinness Factory was the worst I had in all of Ireland.)

For lunch I got four racks of baby back ribs from Taylor's. I emptied two cans of Guinness Draught into a baking dish and placed a wire rack over it. I laid the ribs out on the rack and roasted them in the oven for a couple hours. When they were almost cooked through, I pulled them out and let them rest while the grill got hot.

I got out a bottle of Guinness-flavored Bull's Eye barbecue sauce and coated the ribs, then put them on the grill. I only left them there a few minutes, just long enough to get a few nice char marks on the meat.

These were some of the best ribs I have ever had - and I don't even like ribs. These are not barbecue by any means, pretty much the exact opposite, but still fantastic.
Posted by JustinM at 3:02 PM

They were delicious!!! I would gladly celebrate Guinness' b-day several times a year.