Back to the Real World

Elizabeth and I both had two weeks off, and it was great, but this weekend it came to an end. It's always great to have some time off, but, inevitably, you wish it were just a little longer, no matter how spoiled that sounds. (Of course, by the end of January we will be begging for just one day off.) 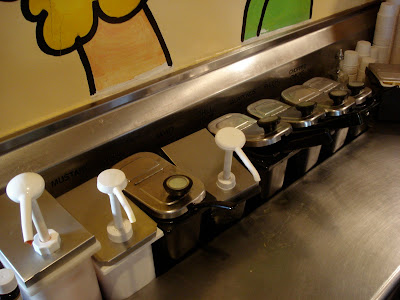 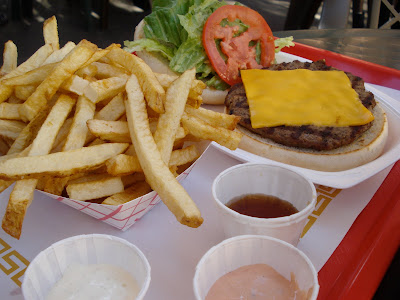 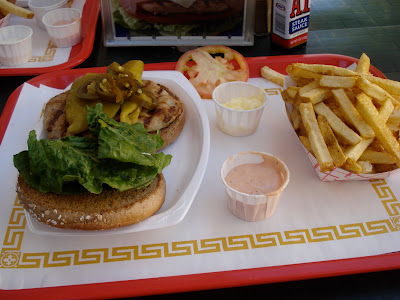 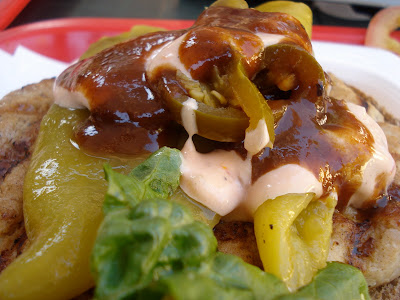 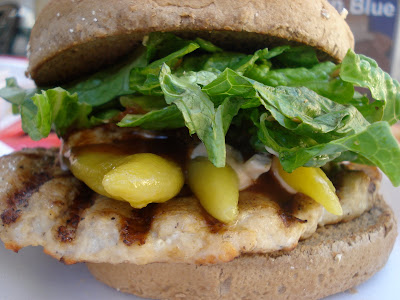 Luckily, the weather was beautiful over the last couple days. We decided on Saturday - while it was sunny and about 72 degrees - to eat lunch somewhere we could sit outside, although no place too fancy. I suggested Wolfe Burgers. Apparently, other people were on to this whole let's-eat-someplace-outdoors-on-a-gorgeous-Saturday-afternoon idea.  I thought for sure I'd be the only one. It was as busy as I have ever seen the place. Still, the wait wasn't too long and we got our usual orders: two #2 combos - a 1/3 pound beef burger for Elizabeth, a 1/3 pound turkey burger for me, with fries and drinks.
I decided to make mine a little spicier than usual. I added a few pieces of chili pepper, some jalapeno slices, and some Thousand Island dressing and A.1. sauce. It was very good, as Wolfe Burgers always is, but I don't know if I will ever make another one this way. I think next time I will just stick with my usual onion, mayo and A.1. 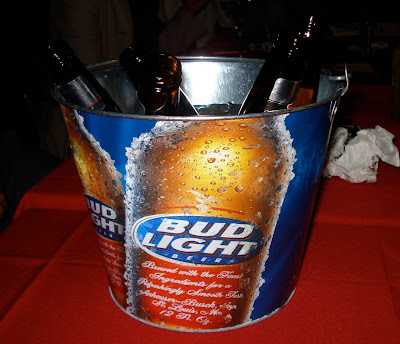 Saturday night we went to a birthday party for our friend Rachel. Her husband, Jim, kept ordering buckets of Coors Light for the table. (This was not a bad call; the restaurant we were at has a lousy beer selection.) There were also several pitchers of white sangria, although I did not have any, and the picture I took of them did not turn out well. We didn't stay out too late, though, because we both wanted to enjoy our final day off the next day. 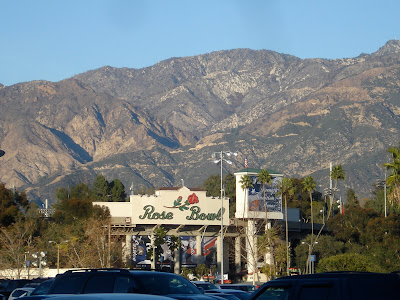 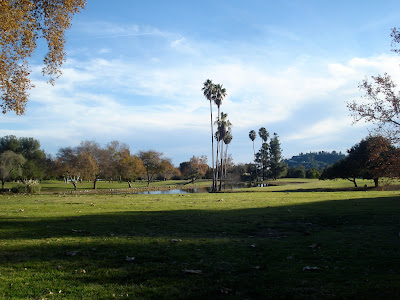 Sunday was an absolutely glorious day, the kind of day that reminds you why you live here. According to my car it was 75 degrees at 2 PM, so we decided to go for a walk around the Rose Bowl. I have done this more than one hundred times in the last few years, and I do not ever remember it looking more beautiful. 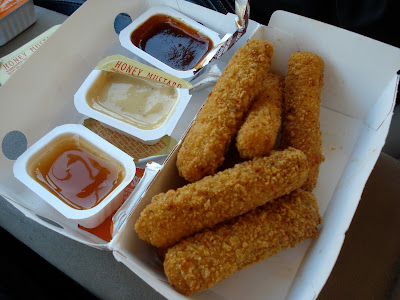 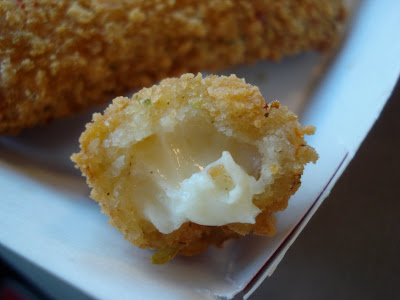 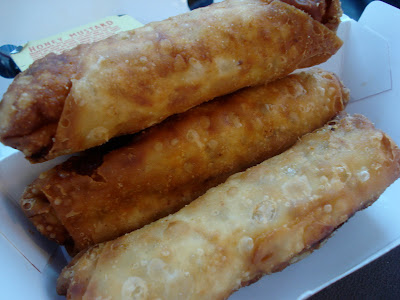 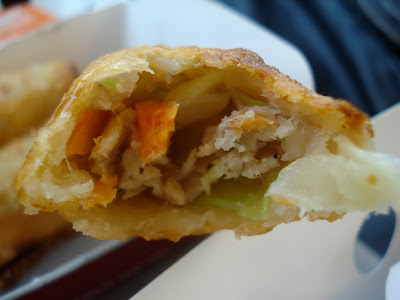 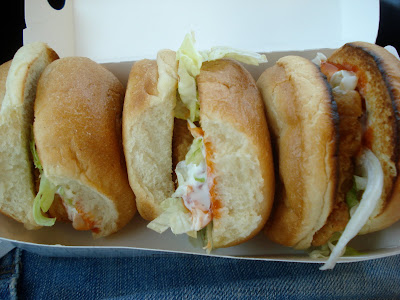 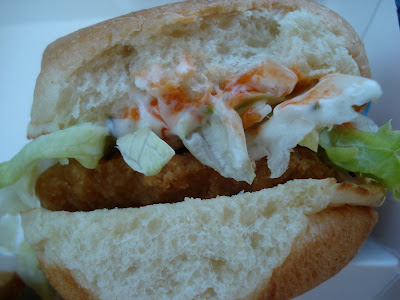 After our walk we needed a snack to tide us over before dinner, so we went by the Jack in the Box just north of the Rose Bowl. The first time I ever took Elizabeth to Jack in the Box, over a year ago with our friends Zach and Tyler, we had the new (at the time) pitas, and they were horribe. So she had it in her mind that Jack is pretty lousy. But this time we tried the fried cheese, mini buffalo ranch chicken sandwiches, and the egg rolls. I had told her several times how good their egg rolls are, but I don't think she believed me. (My brother's business partner, Darren, once told me several years ago that he ate twenty of them in one sitting. Which I believe.)
The fried cheese was, well, fried cheese. It was yummy. The chicken sandwiches were decent, but not as good as I remember them being the first time I tried them. But the egg rolls were great, and Elizabeth admitted she was impressed with them. 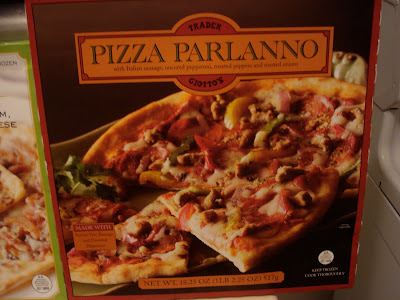 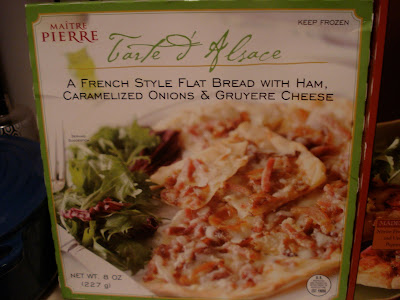 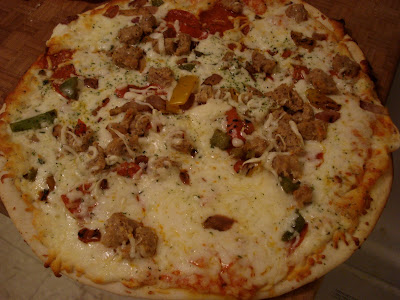 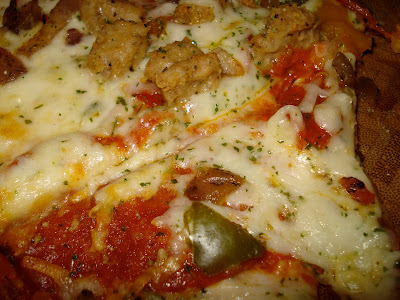 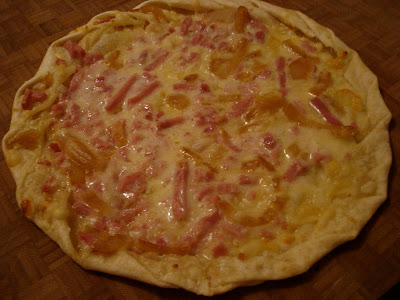 We wanted to keep things simple for dinner, to sit in front of the TV and watch some of Sleuth Channel's The Unit marathon (which went on for 72 hours over the weekend; I may have watched 60 hours of it, more or less) as well as the new episode of The Simpsons. So we got a couple of our favorite pizzas from Trader Joe's: the Pizza Parlano and the Tarte D' Alsace.
I absolutely love the Pizza Parlano - Italian sausage, uncured pepperoni, and roasted peppers and onions. It is as good a frozen pizza as I have had in a long time, perhaps ever. The Tarte is Elizabeth's favorite, a flatbread with ham, caramelized onions and gruyere cheese.  I love it, too. Both pizzas were delicious, and Elizabeth even let me watch some of Huell Howser. It was a nice relaxing way to end the weekend, and our vacation.
Posted by JustinM at 9:47 AM

Welcome back to reality! :)