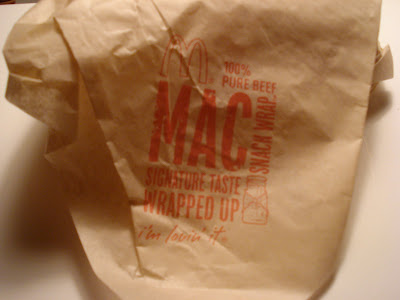 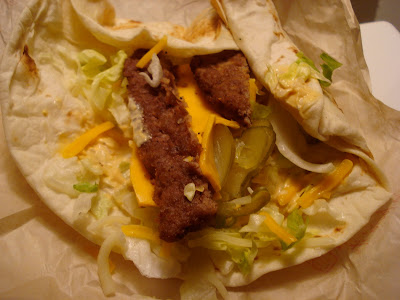 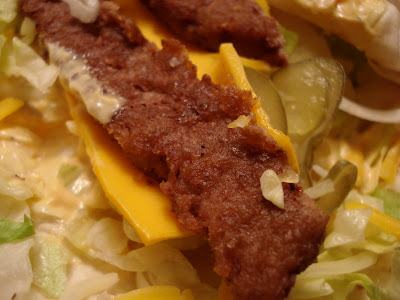 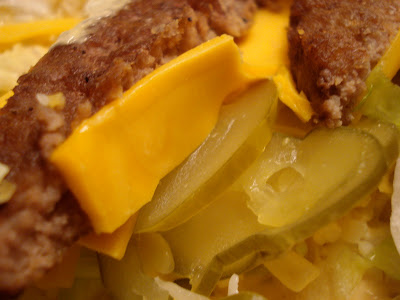 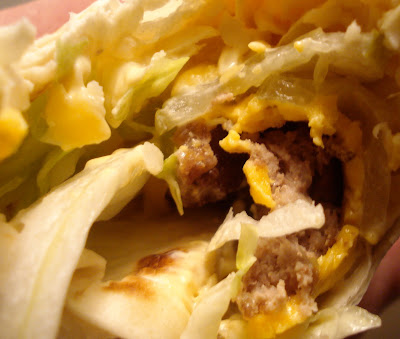 Do you remember the movie Jurassic Park, when Jeff Goldblum's character says something along the lines of "You were so preoccupied with whether or not you could, you never stopped to think if you should"? I thought about that last night. We'll come back to that in a minute.
Ads for McDonald's "Mac Snack Wrap" have been ubiquitous lately. Basically, it's the same ingredients as a Big Mac, except instead of being served on a sesame seed bun, as it has been since 1967, it's served in a "warm flour tortilla." I've never been a big fan of the Big Mac. When I was younger it was always chicken nuggets for me, including those magical days when Shanghai McNuggets still existed. Now that I'm older, well, I still love the McNuggets, but if I want a burger I just get the McDouble (formerly the Double Cheeseburger.)
I once had a Big Mac in Bologna, Italy, when I was starving, and it was great. (That's the kind of jackass I was when I was younger; I could be in Italy and eating at McDonald's was still a viable option.) But in the last decade I probably have not had Big Mac even once.
Still, I am almost always willing to try a new fast food promotion. Usually a promotion will look great in the commercials, and then you open them to find something bearing little resemblance to the ad. The Mac Snack Wrap, however, looks terrible in every ad. I have seen the commercials with at least half a dozen friends, and all of them think it looks bad. So I picked one up - it was a $1.67 with tax - and took it home and unwrapped it, wondering if it really was going to look as bad as advertised.
It did. It looked disgusting. There were two thin strips of rubbery beef, an unnaturally yellow cheese, and the wrap was just drowning in "secret sauce." I hesitantly took a bite. It was horrible, the worst thing I have tried in quite a while. It sort of tasted like a Big Mac, but without much meat and with way too much sauce. And the tortilla was just weird. It wasn't warm, it wasn't fresh, and it was distracting.
I am not sure what the point of the Snack Wrap is. It's a little bit healthier than a Big Mac, but by no means is it healthy. (It's also much smaller, so you'd probably have to eat two to be satisfied, which would negate the health benefits.) It seems like McDonald's just said: "Hey, people eat other stuff in wraps, why not put a Big Mac in a wrap?" And nobody bothered to stop and ask "Wait... why?"
Posted by JustinM at 12:36 PM

I don't understand why anyone would think that putting a hamburger patty in a wrap would ever be a good idea. It just looks awful.

On a better note, "Shanghai McNuggets" now returns about 735 results on Google. Maybe you can start a revolution.

"And friends, they may think it's a movement!"

I'm trying to think which shows the "best" side of the new Big Mac Wrap: your words or your fotos.

Did you just quote Alice's Restaurant?

These are my exact thoughts! Except that I've always loved the BigMac.

Besides, the BigMac was already popular! Wouldn't they have worry about screwing up the BigMac's continuing wondrous reputation with such a goddamn awful deed? Which they did. Serious fail Mcdonalds.