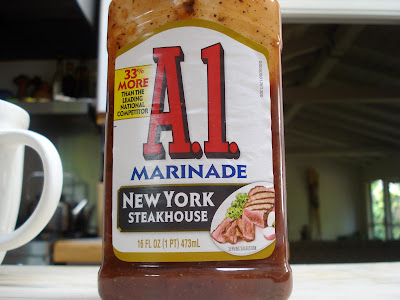 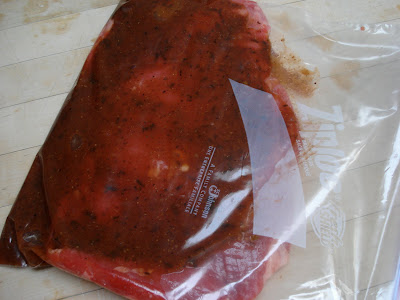 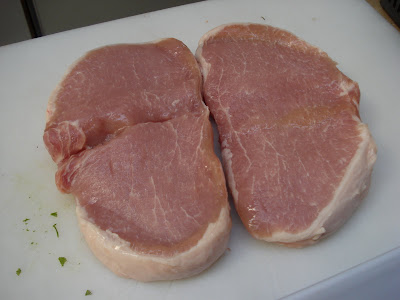 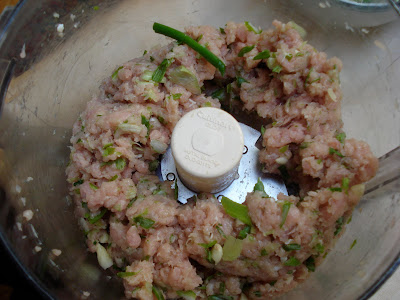 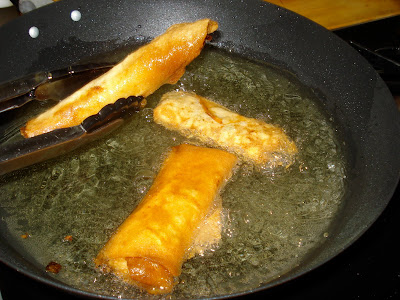 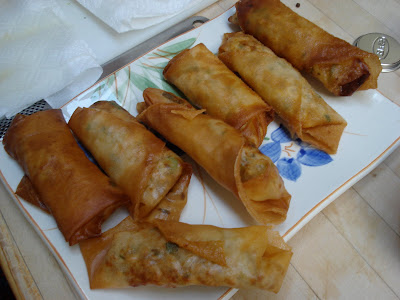 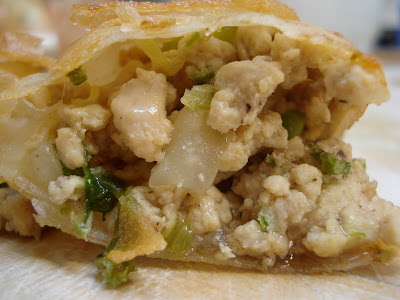 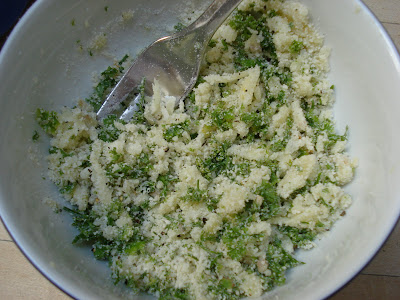 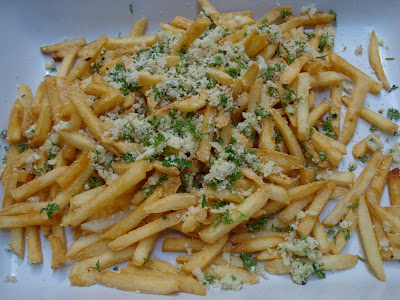 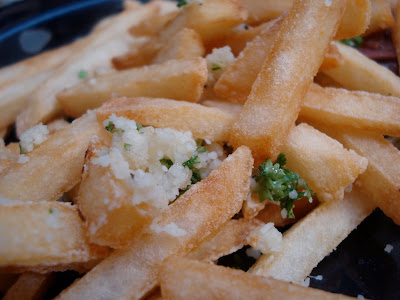 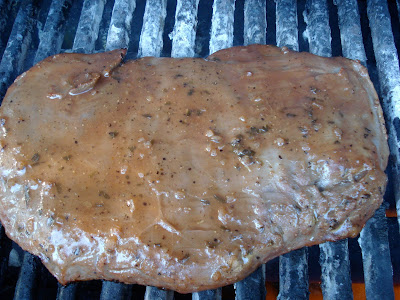 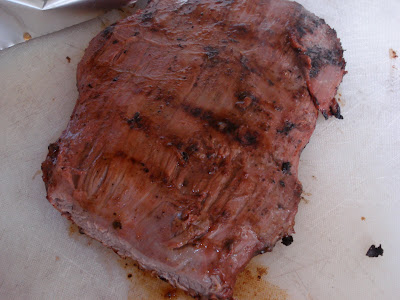 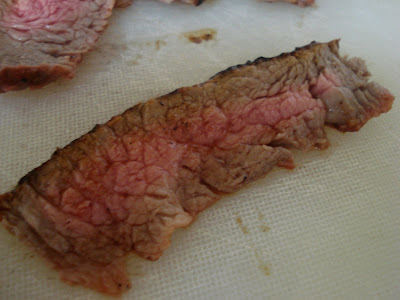 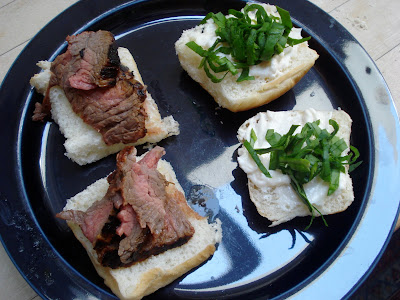 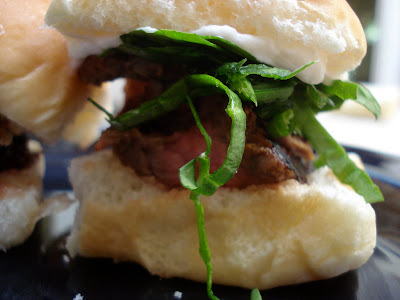 For the final UCLA football game of the year I decided once again to make some bar food at my parents' house and watch it on their gigantic TV. (It was the Eagle Bank Bowl... and the 6-6 Bruins had to wait for Army to lose to receive an invitation. These aren't exactly the glory days of UCLA Football.)
A couple days before the game I got a flank steak at the store and marinated it with some A.1. "New York Steakhouse" marinade, promising flavors of garlic, onion and parsley. I have never used an A.1. marinade before, although I have loved their sauces for a long time. I knew I should at least try one of their marinades sometime, and, since I was going to be putting the flank steak in sliders, I figured I could take a risk and if the marinade was lousy I could overpower it with a sauce.
On game day, there were a couple of pork loins in the fridge, so my mom volunteered to grind them up and make egg rolls while I was working on the other food.  (My parents are not Asian, they are very white, but they had Panda Inn on Christmas Eve, shabu-shabu on Christmas Day, and egg rolls a couple days later for the game.)  I wasn't paying attention to how she made them, but I think it was ground pork, green onions, cabbage, soy sauce, vinegar, and probably a couple other things. All I did was mix together some hot mustard.
I like making homemade fries, but when I am adding garlic or any kind of spice mixture I find that frozen fries are easier to use. They hold up better to whatever you are putting on them. So I fried handfuls in batches until they were crispy, then tossed them with parsley, chopped garlic, parmesan cheese and cracked pepper. They were very good.
I let the flank steak sit out for about ninety minutes to get closer to room temperature. It's not as important to do that with a flank steak as it is with a thicker cut, but I still like to. I got the grill very hot and threw the steak on. The first side was done in about three minutes, then I flipped it over for about five minutes, then removed it from the heat. While it was resting I spread some aioli on mini buns and chopped up some spinach and basil.
I sliced the steak thinly and laid a few pieces on each bun, although not before I ate some by itself. It was fantastic. I don't usually use marinades on steak - I prefer to let the flavors of the steak stand alone, and if more flavor is necessary to add it after cooking - but this was unbelievably good. I was a little mad at myself for not having tried this before.
The sliders were good, but not great, simply because the steak was so good. Putting something like ground beef or pork in sliders works well because the meat isn't usually anything special. But when you have a nicely marinated, flavorful piece of meat, putting it on bread with condiments does not add anything to it. Still, I ate all the sliders I made and was happy.
UCLA won the game, defeating Temple. Temple isn't exactly a football power. They haven't won a bowl game in 30 years and their record from 2003-2006 was 4-42. But I will take what I can get.
Posted by JustinM at 9:34 AM

Ever try The Oinksters fries in Eagle Rock ?

Yes, definitely. There is a post on it back in October of '08. I like their fries very much, although the fries I had at Wurstkuche last spring are the ne plus ultra of Belgian fries to me.