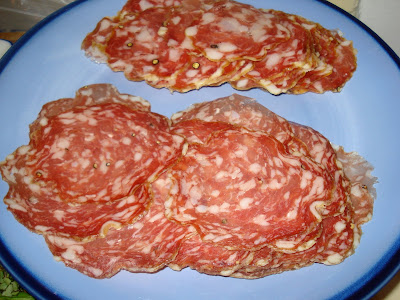 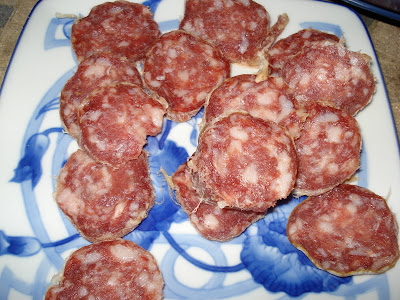 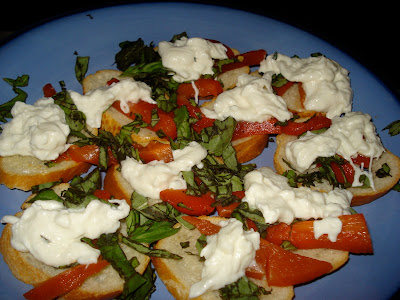 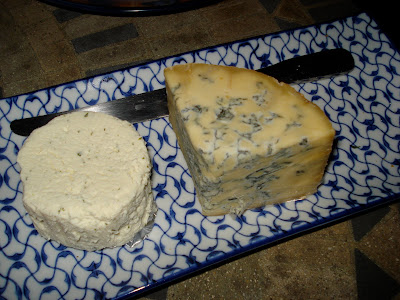 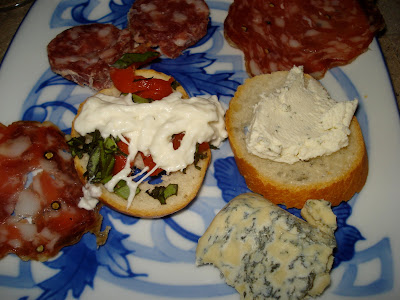 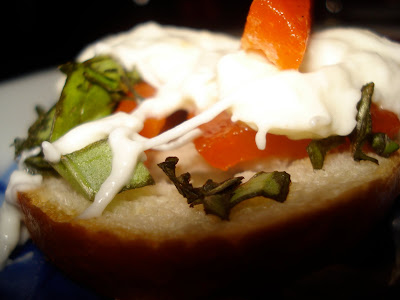 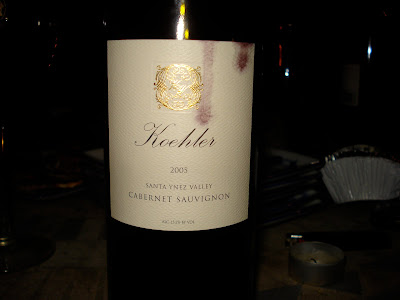 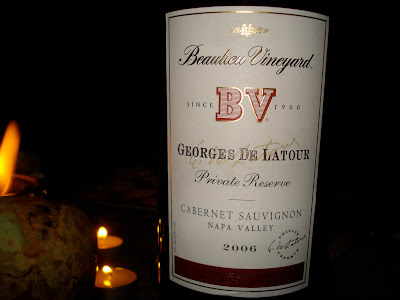 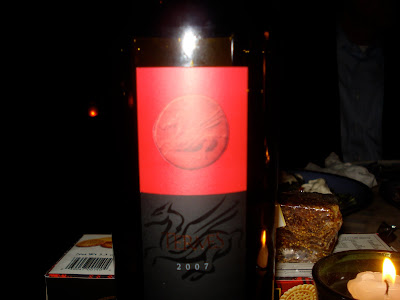 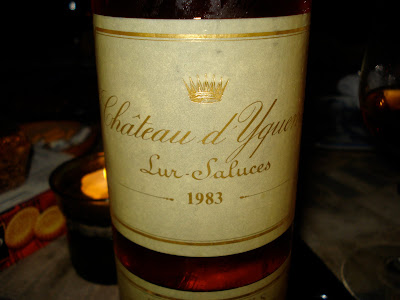 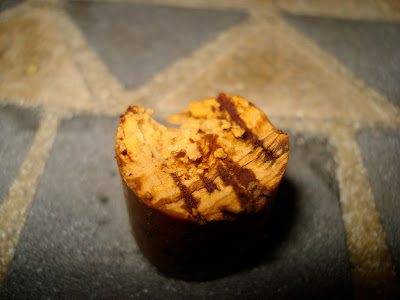 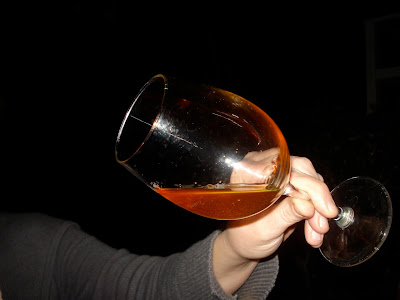 I first met my friend Tim about seven years ago, although we were more like casual acquaintances back then. He is a wine distributor and we would talk briefly about wine and not much else. But we became friends two and a half years ago on my birthday; we were both hanging out at the same bar and my friend Tracie gave me a bottle of Tignanello. Tim was impressed.

The last couple years, when the latest BV Latour Private Reserve Cabernet has become ready to drink, we have made a point to get together with Tracie and drink it. Instead of going to a bar or restaurant this year, I suggested we get together on my patio and have some cheese with the wine. Tim agreed and said he would also bring a 1983 Chateau d'Yquem. Tracie promised this wine would be a "once-in-a-lifetime opportunity." I looked up the 1983 on a couple websites. The bottles I found were going for between $700 and $1100. There is no way Tim was going to bring over a bottle of this.... was there?

I said I would get some bread and cheese and Tracie could handle the salami. (If you think I made a lewd joke to her about that, well then you know me well.) I got some Boursin and some burrata. (Tim also brought over some Stilton.) I toasted several slices of a baguette, then topped them with pieces of roasted red pepper, chopped basil, and burrata. Tracie picked up some Toscano salami, soppressata, and salumi.

The first wine we started with was a Koehler Cabernet. This was the winery my friends Jim and Rachel got married at last year, and this was the last bottle I had left from that weekend. It was outstanding. Tim had never tried it before, and he really liked it as well.

Then we moved on to the BV Latour. I have always loved this wine. It's possible this was the first wine I ever tried. (My dad has a collection of them going back almost 50 years.) This bottle was the 2006, and it was phenomenal. I loved the 2005 we tried a year ago, but I do not remember loving it this much. By this point in the evening our friend Murph had joined us, and he summed it up best with one word: "Amazing."

After finishing the Latour, we still had plenty of cheese left and we wanted some more red wine before we moved on. Tracie and Murph were willing to run down to the liquor store, but then Tim said "I just remembered I have two cases of Numanthia Termes in my car. It's for a friend but I'm giving it to him at cost so he won't mind if it's one bottle short." It was a very good wine, but it suffered in comparison to the Latour, as most wines would. I liked it a lot and I would love to try a bottle by itself at some point, but it was not nearly as deep as the Latour.

Then we moved on to the Sauternes. The cork was damaged and it took Tim a while to get it out, but he did, quite impressively. This Chateau d'Yquem was, to put it simply, one of the most spectacular things I have ever experienced. (Murph inquired about the cost; Tim said "If you tried to buy this bottle today it would probably cost you about a thousand bucks." Oh.) The aroma of the wine, which we enjoyed for several minutes before tasting it, was as decadent as anything I have ever smelled.

I can't really describe the taste: caramel, vanilla, tropical fruit - they were all there. We drank it slowly with some shortbread cookies and fig cake. Tracie held her glass up, pointing out what looked like sugar crystals. Murph even sat aside the ever-present Dr Pepper (that accompanies whatever alcohol he is drinking) so he could concentrate on the wine. Tim thanked us for allowing him to share his wine with us, as if somehow we were doing him a favor.

I let that last sip linger in my glass for at least fifteen minutes. I wanted it so much and yet didn't want it at all; I didn't want it to end. Eventually I closed my eyes and finished it. I may have tasted better things in my life, but I do not remember when.
Posted by JustinM at 12:40 PM

Holy sh*t indeed. I told a friend of mine in an email describing the wine - "I feel like I have ridden a unicorn, like I have been enchanted by a mermaid, like I have dwelled in Atlantis."

Wish we had been there too. I guess we will have to try the d'Yquem in the wine refrigerator. Hmmm.