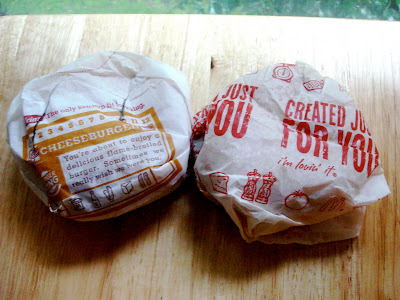 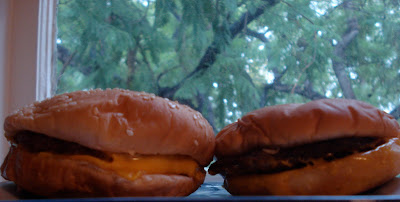 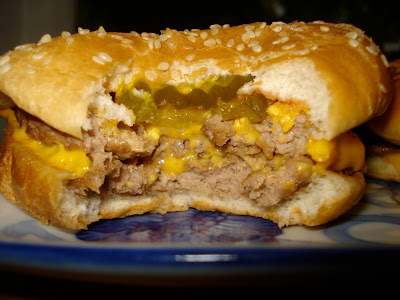 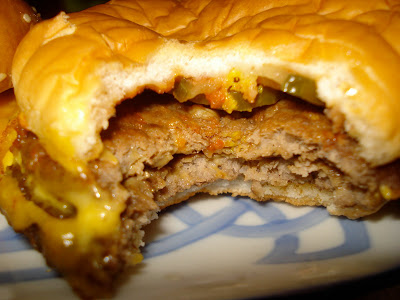 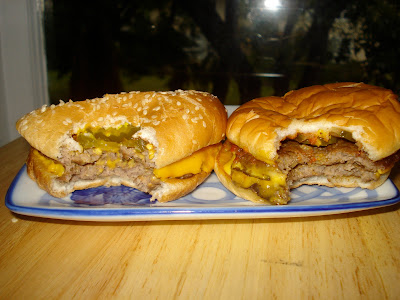 It's possible that I'm just getting grumpier as I get older, but I don't ever remember there being more commercials on television that I hate. I loathe the Taco Bell commercial where the customer will only speak to the one employee because he thinks she gave him a deal on the 89 cent burrito. The Staples commercial with the weird-looking guy shouting "Wow, that's a low price!" at every item in the store makes me turn the channel every time. I'm trying to imagine the executive at Skittles who was pitched the idea of a commercial - of a guy with a tree full of Skittles growing out of his abdomen - and said "Sure, that sounds like a good idea."
But there is no commercial I hate more than the Burger King Double Cheeseburger commercial, with the grown man in a giant baby outfit playing in a sandbox. This is what passes for creativity and cleverness? I guess when your food is as lousy as Burger King's, you distract the viewers with anything but the food. (Remember the In-n-Out commercial that has run for years that shows nothing but a giant picture of a Double-Double? That's the kind of commercial you run when you're actually proud of your food.)
For years, McDonald's had a double cheeseburger on its "Dollar Menu." Last year they replaced it with the McDouble - basically the same thing, but with only one slice of cheese instead of two. Burger King, unveiling its own Dollar Menu, lowered the price of its double cheeseburger to $1. Burger King franchises, claiming that they lose a dime on every double cheeseburger they sell, filed a lawsuit against the corporation on the grounds that it does not have the right to set price ceilings on specific items.
I decided to try them side by side. I went to McDonald's first. Since I do not like Burger King, I figured it would only be fair to pick up their double cheeseburger second so it would be warmer; it was already at a disadvantage, I did not want to hurt its chances any further. (I also got a Diet Coke at BK, which cost almost two dollars. I'm pretty sure they made up that lost dime, and more, with that purchase.)
The Burger King double cheeseburger is indeed larger than the McDouble, although nowhere near as big a discrepancy as the aforementioned commercial makes it seem. (In the commercial it towers over the McDouble and looks about 50% bigger. This is not the case.) The patties are definitely larger.
But this is not an advantage, because they are still Burger King patties, and those are not good. McDonald's meat isn't anything great, but it's not the dried out, freezer-burned taste of BK. And McDonald's buns are much better than the slightly stale, sesame seed buns that BK uses. The fact that the double cheeseburger has two slices of cheese to the McDouble's one is not a big deal, you can taste plenty of cheese on both. The only advantage the double cheeseburger had was the pickles. They were awesome, thick and fresh. The pickles on the McDouble were the same thin, not-very-flavorful pickles that McDonald's always uses.
The double cheeseburger is higher in calories and fat than the McDouble, although neither are exactly healthy. Overall, I liked the McDouble much better, but that's no surprise, since I usually can't stand Burger King. Although both burgers cost just over a dollar, neither of them are a better value than a $2.99 animal-style Double-Double.
Posted by JustinM at 11:29 AM

Damn you! I was thinking about In-N-Out and trying to resist it, but I just read this and now I have to wait till 10:30 to get In-N-Out.

Remember when you bought your house solely because it's 200 yards from In-n-Out?

Yes. I took full advantage of that yesterday.

Cheese on beef? It's an OutRage!!

IMHO, they're both losers already,

Since I know that you don't like Burger King, I know that I can't trust your judgment! Most people pick grilled over whatever McD's does with their burgers! You are grumpy, and opinionated to a fault!

On what are you basing the "most people pick grilled over whatever McDonald's does with their burgers" assertion? I'm not saying you're wrong, I'm just curious where you get that statistic. Or are you just making it up because you think it's probably true?