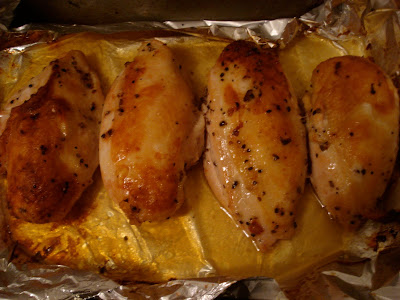 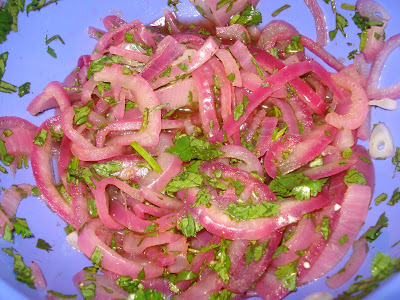 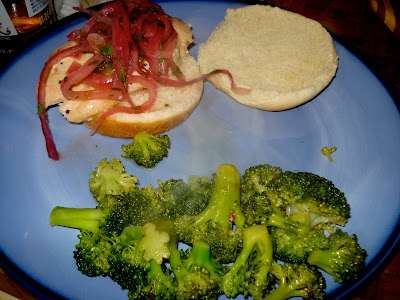 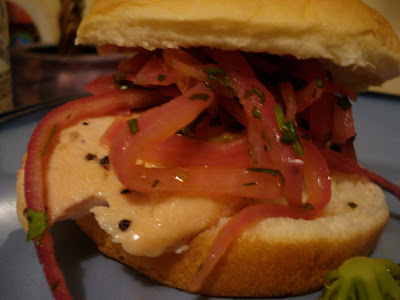 I have mentioned many times that somehow all the TV shows I like have been crammed into Wednesday night, right? Well, last night was the finale of Alan Alda's The Human Spark on PBS, a three-part series exploring "What is the nature of human uniqueness?" Now, I am not a science guy at all; it has never really interested me. But this is an absolutely fascinating program, perhaps the most interesting program I have seen in years (that did not involve baseball trade rumors or guys eating 6 pound hamburgers.) Of course, it had to be shown on Wednesdays, it could not have been any other way. So I knew last night was going to be a TV-and-dinner-on-the-couch night. (I linked to the PBS website, where you can watch full episodes or clips. I promise, it's worth checking out, if only for just five minutes.)
On Martin Luther King Day I had the day off, and I sent my mom a text letting her know that I was going to swing by her house and pick up a couple things. She replied that she also had the day off and was just heading up to Taylor's butcher shop - which I love - and wanted to know if there was anything she could get me. I wrote that I would love two breasts of their "Baja" chicken, one of my three favorite among the ten or so flavors of chicken breast that they marinate.
Moms being moms, she got me twice as much food as I asked for. I'm not complaining, but these are not skimpy breasts, they are very nice size pieces. (Just for the record, I will not being making any breast jokes. Way too easy.) I can barely eat one by myself. So Elizabeth and I invited our friend (and neighbor) Tracie over to have sandwiches.
A few days ago I came across a recipe for a red onion relish. (I don't remember it completely, and it's possible what I made bears no resemblance to it.) I sliced two red onions thinly and blanched them in boiling water for a couple minutes, then let them cool in a bowl in the fridge with some of the Sauvignon vinegar I got from Beyond the Olive in Old Town. After a while, maybe two hours, I added a chopped bunch of cilantro, several dashes of hot sauce, and some salt and pepper. This may not have been the recipe, but it was delicious.
I roasted the breasts in the oven for about 45 minutes while I cooked some broccoli with black and red pepper in my new Le Creuset pot. (I received a 7 quart, "Caribbean Blue" Le Creuset pot from Elizabeth for Christmas and I have pretty much used it for everything possible in the last three weeks. I'm about 48 hours away from cooking my cat giving my cat a bath in this beautiful thing.)
At first I removed the skin and put an entire breast of chicken on each bun. It looked ridiculous, a half-foot high sandwich that surely would not have ended well for anyone. So I halved each breast lengthwise and tried it that way. It looked more acceptable and I added some of the red onion mix to each.
I loved these sandwiches; they were full of flavor. The tangy/sweet red onions were a nice touch, but honestly the chicken was so good that it did not need any accompaniment. We all finished our plates. The best part? I still have two and a half breasts left in the fridge. Now I just have figure out if I'm going to use them for pizza, nachos, more sandwiches, etc...
Posted by JustinM at 8:55 AM