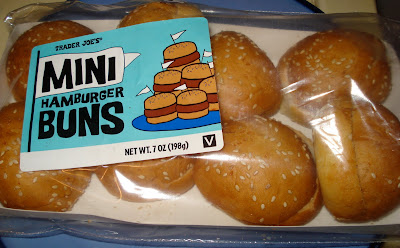 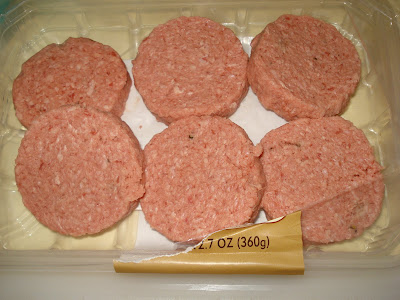 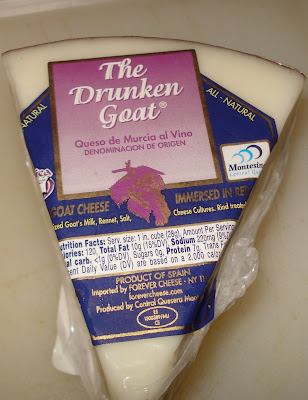 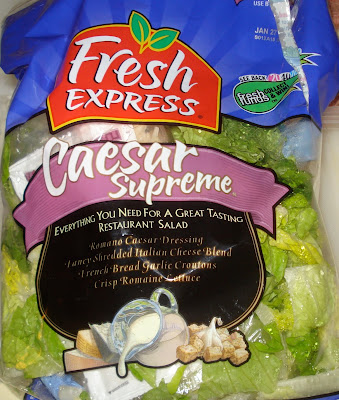 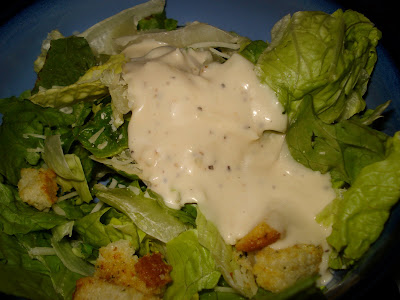 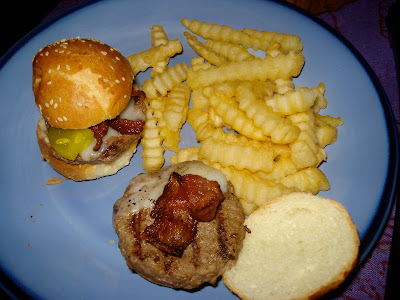 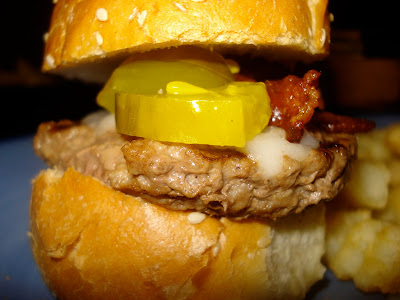 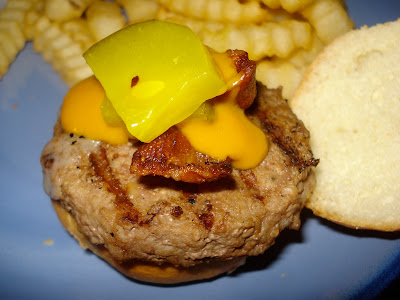 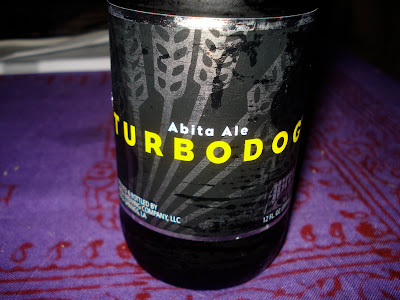 Last night our friend Tracie came over to watch the new episode of Anthony Bourdain: No Reservations (he was in Brittany.) I decided in advance to make sliders for dinner. Fresh & Easy now has packages of pre-formed mini patties with cracked black pepper, so I got some of those. The mini buns, however, were from Trader Joe's: those only have 80 calories per bun, while the ones at Fresh & Easy are, curiously, 220 calories per bun.
We started by all splitting a bag of Fresh Express salad. Elizabeth and I eat these salads frequently. There is nothing earth-shattering about them, but they are always reliable. (Every few weeks at least one of the supermarket chains has them on sale for half price, so we go to whatever store that is and buy a few.) I grilled the patties on my indoor grill, adding a hunk of Drunken Goat to each during the last minute of cooking so that the cheese could melt. I dropped a few handfuls of frozen crinkle-cut fries into hot oil, and they were done in a few minutes.
I had earlier fried some bacon (is there anything in the world better than the sound and smell of bacon while you're preparing dinner?) and added a little bit to each slider. They were good, but the buns were very dry. I had wanted to put some arugula on each one, but the expiration date of the bag, which I'd thought read the 27th, was actually the 17th. The rocket was all wilted. My bad.
So I added some chopped pickle and McDonald's hot mustard sauce to one of my sliders, which made it much better. I had poured a small dish of spicy barbecue sauce from The Salt Lick, intending to use it as a dip for the fries, but the girls just poured it right onto their sliders.  Tracie had brought over some Turbodog, which, if you've had it, you know goes perfectly with burgers.
The episode of No Reservations was awesome. Our favorite part was Tony's massive seafood tower, which made us all hungry again. There was nothing in the kitchen that I wanted for dessert - in other words, no homemade ice cream or cotton candy - so I just made myself a little plate of salami with more Drunken Goat and a small dish of 18 year balsamic vinegar. It was the best dessert I have had in a long time. 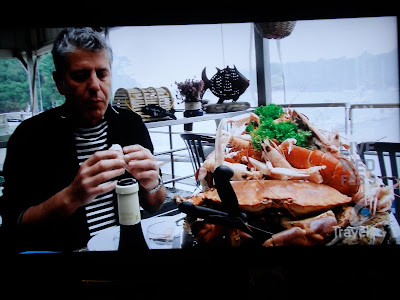 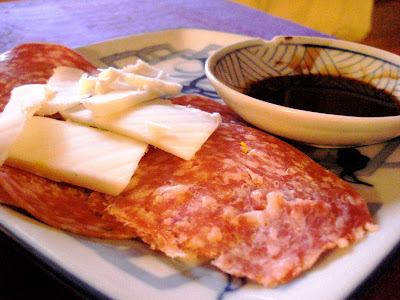 I still want to go to Brittany, but a seafood tower at the farm will suffice quite nicely.

If you provide some more Latour I will make you as many as you want. As long as you don't want more than six. Because there are only six in a package and I don't want to buy more than one package. (Nah, just kidding, I would make 60 of them for you if you wanted that.)