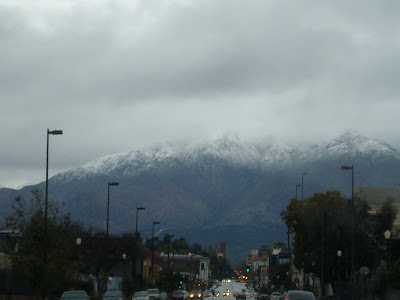 Friday afternoon I headed out to do a couple errands. Driving up Fair Oaks, the snow level was as low as I remember seeing it in a long time. 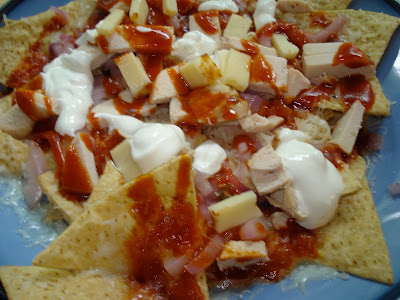 I wrote the other day that I had plenty of leftover chicken. I have been using it for almost anything I can think of. For dinner Friday night, I made myself some nachos: chicken, mozzarella cheese, diced red onion, hot sauce, and sour cream. They were very good. I wish I'd had some cilantro or green onion, but it was cold and I didn't feel like going to the store. 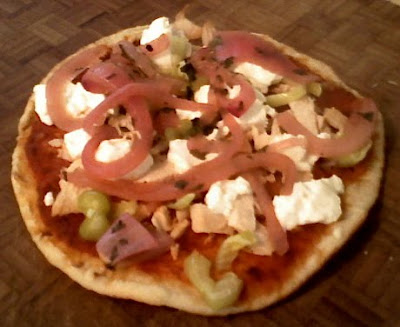 For lunch Saturday, I took a piece of flatbread and covered it with pizza sauce, goat cheese, peppers and onions, and - you guessed it - chicken. I baked it in the oven for about ten minutes. It was outstanding. I don't make flatbread pizzas nearly as much as I should. Years ago my buddy Zach and I used to make pita bread pizzas with an alarmingly diverse amount of toppings. I should really get back to that. (Although I think Zach's and my Magnum Opus was a gummy-bear-and-french-fry pizza; I probably won't be making one of those again.) 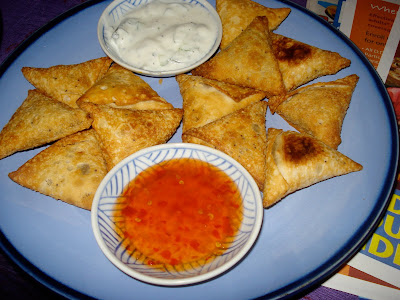 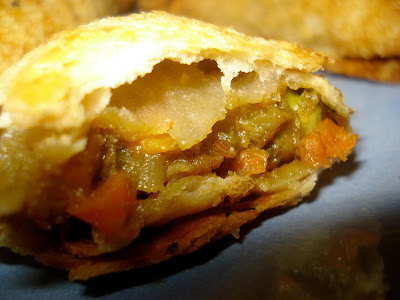 For dinner Saturday night I cooked some vegetable samosas from Fresh & Easy. I have had samosas many times, but always fried. I have never tried them baked in the oven, and I was skeptical. But they actually baked up very nicely. We ate them with some tzatziki sauce and sweet chili sauce. 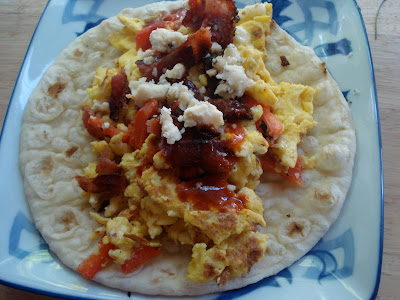 Sunday morning I made myself a big breakfast to prepare for a full day of watching football. I scrambled some eggs with cheese and red pepper, then put it on a piece of flatbread, topping it with a couple pieces of crumbled bacon and some goat cheese. And, of course, hot sauce. It was good, although the flatbread is not as good as a thinner tortilla would be. 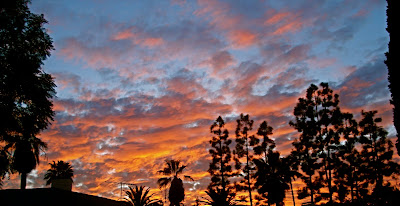 Sunday evening I went down to the car to get my camera out. The sky was much nicer than it had been Friday. I was waiting until the second game was over to make dinner, although I was pretty sure I knew how it was going to turn out. (I sent my buddy Nick a text reading "Favre will throw a costly interception in the 4th quarter." For a while I didn't think he was going to pull it out, but sure enough, with nine seconds left he threw a ridiculously dumb pass that was intercepted.) 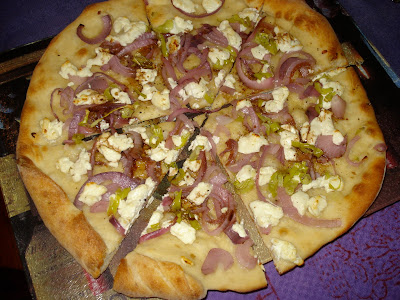 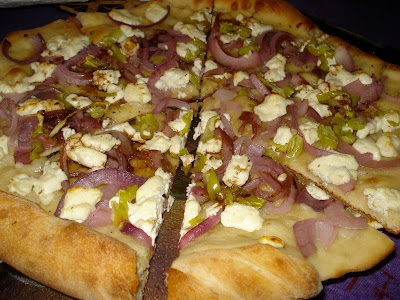 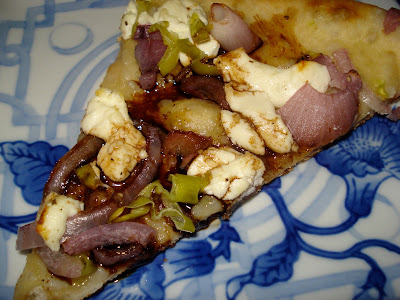 It was a good night for pizza. I had finally finished off the leftover chicken, so none of that made its way onto the pizza, but I still had plenty of red onions. Instead of pizza sauce, I sprinkled some of my Beyond the Olive olive oil (the Sevillano) onto the dough, topping it with the onions, some pepperoncini, and goat cheese. When I pulled it out of the oven, I drizzled some of the 18 year aged Balsamic vinegar over it. It was beautifully sweet and mellow. I took one piece of pizza and drizzled a lot of the vinegar on it, perhaps too much, but still tasty.
Posted by JustinM at 9:21 AM

Great foto of the colourful sky!