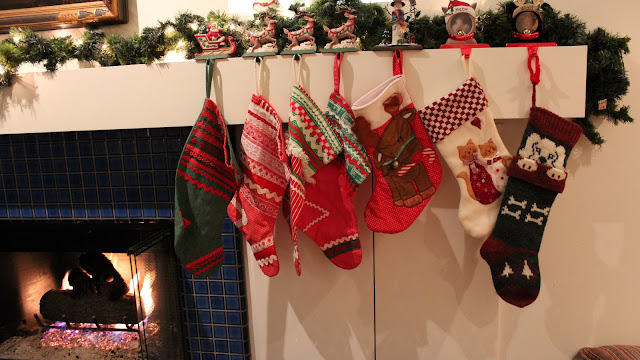 Elizabeth flies back to New York for Christmas every year on the morning of Christmas Eve. The last three years we have celebrated with my family on the night of the 23rd by going out for dinner. But the last two years - Robin's BBQ and Gale's - were not enjoyable. At both meals we were shoved into the corner of the restaurant and service was not good. (The restaurants were absolutely packed both nights.) So this year when my mom asked if we wanted to go out for dinner I said "No chance. I'll make dinner."
All of the stockings were hung by the fire. Dad, Mom, Brother, Me, Elizabeth, Joey, Shayla. 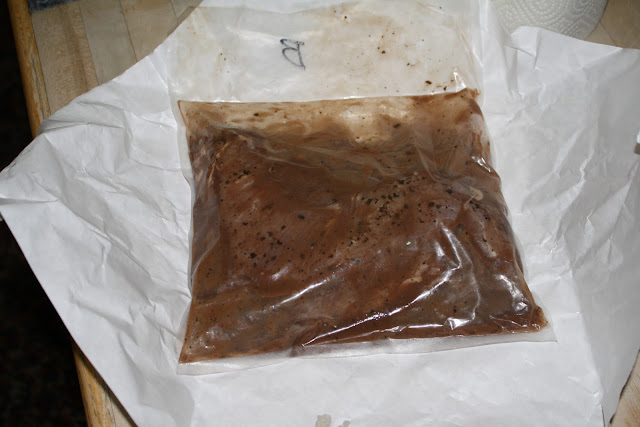 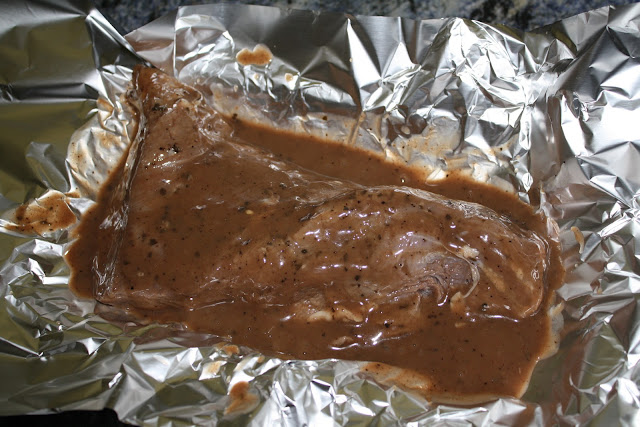 I picked up a tri-tip from Taylor's, already marinated in Burgundy wine and herbs. 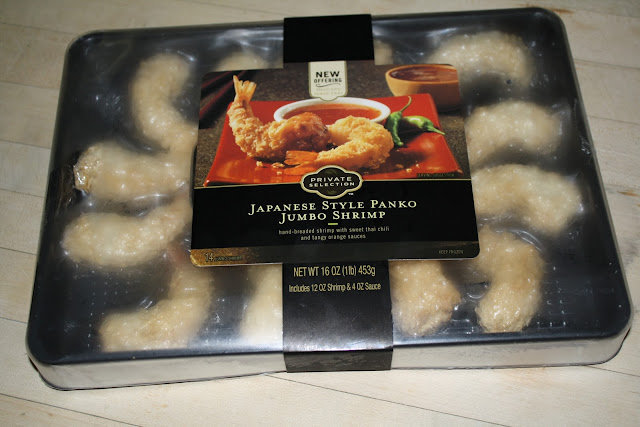 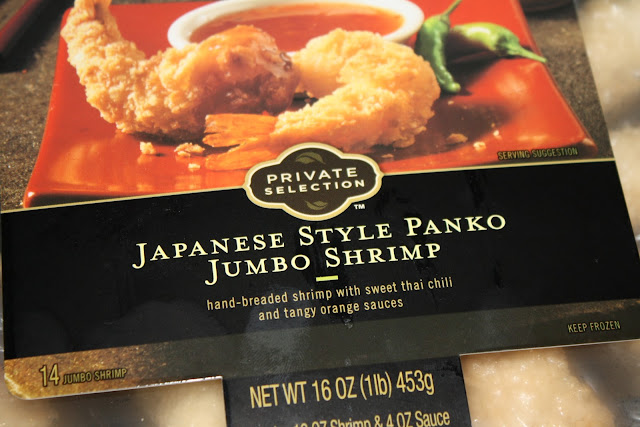 While the tri-tip was cooking I turned my attention to making an appetizer. At Ralph's a couple of days earlier, I had noticed this container of frozen shrimp. I love panko-breaded shrimp and these were on sale, so I grabbed it. 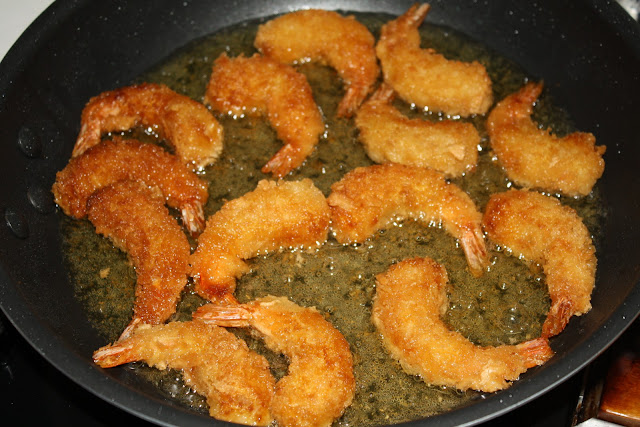 The directions called for baking the shrimp in the oven, but come on. In my entire life I can think of exactly ONE frozen, breaded shrimp that cooked well in the oven. (Trader Joe's Tequila-lime jalapeno breaded shrimp, which were awesome and, of course, discontinued.) So I wasn't about to do that. I pan fried them. 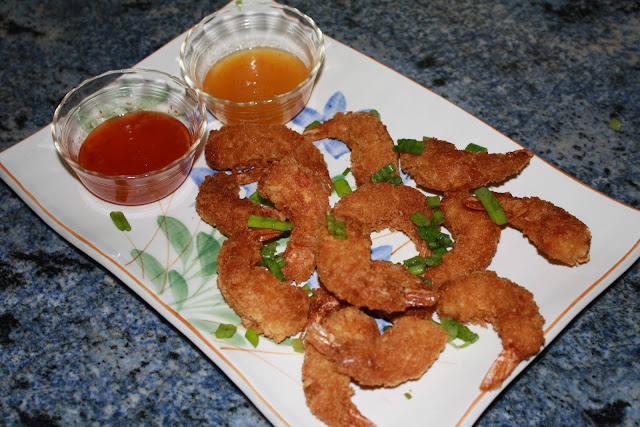 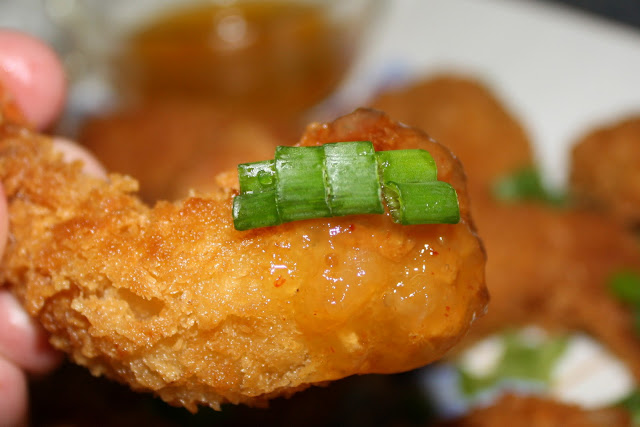 They were great, even better than I expected: crispy on the outside, tender and juicy inside. And the sauces were tasty, too, especially the orange sauce. We demolished these. 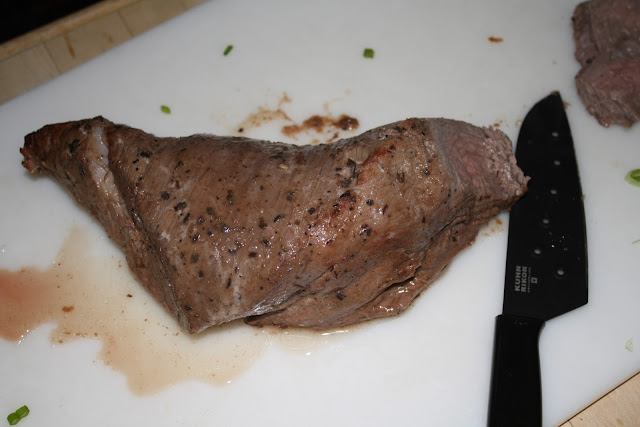 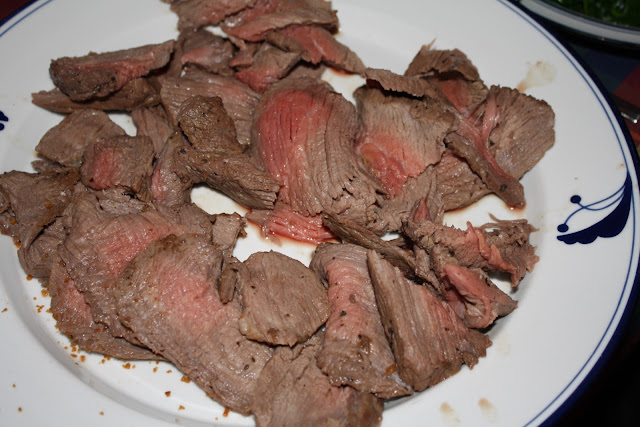 Not surprisingly, the tri-tip was wonderful as well. 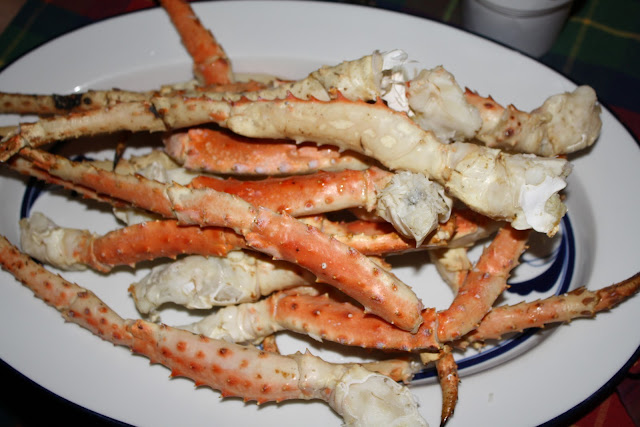 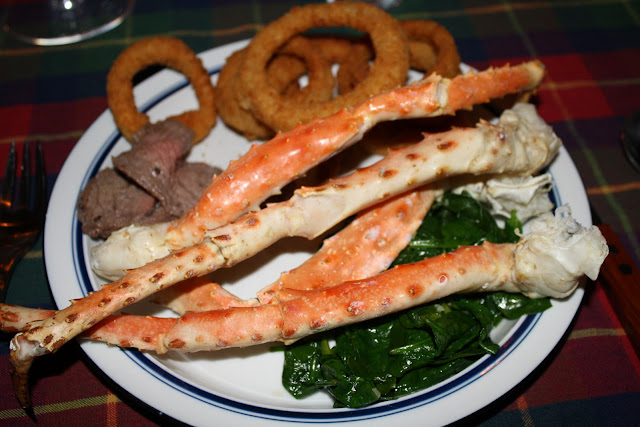 I had picked up two and a half pounds of crab legs at Ralph's as well and I served them with the beef, along with spinach sauteed with garlic and some crispy onion rings. 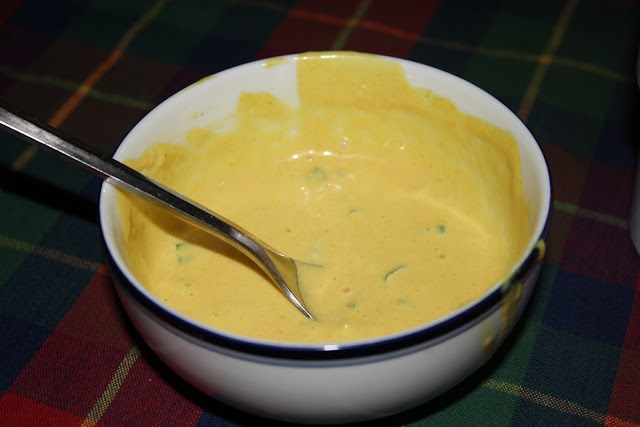 I also made the honey mustard sauce that my mom and Elizabeth love. 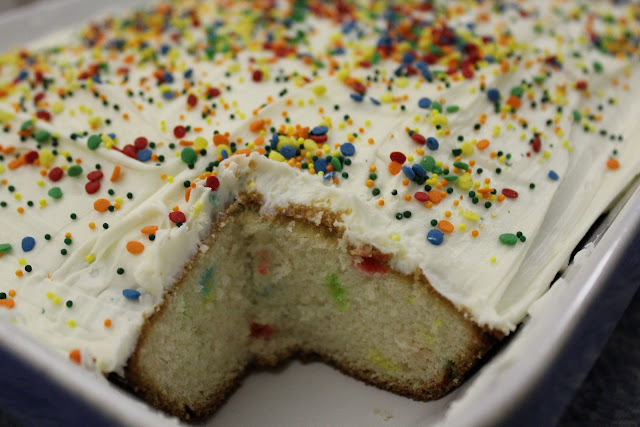 Between the start of dinner and the end, my mom's Christmas present from my dad arrived via UPS: a Canon Rebel T3i. Did I beg her to open it so I could take a picture of the funfetti cake with it? You know that I did.
Posted by JustinM at 2:00 PM

I wish we had funfetti cake over here. It looks like such a happy thing to eat.

Elizabeth and I have the same stocking. When I was around 9 or 10 I told my mom that I wanted a different stocking - bigger (to hold more stuff!) and not so childish. But when I moved out and took all the Christmas stuff with me - that is the stocking that I took.

congrats on the new cam! Also, thanks for reminding me about the root beer pulled pork. I got my Justin a crock pot for xmas (his request) and this is something he'd LOOOOOVE to make. Keep up the excellent bloggin and hopefully you and Elizabeth will make it up to PDX this year!