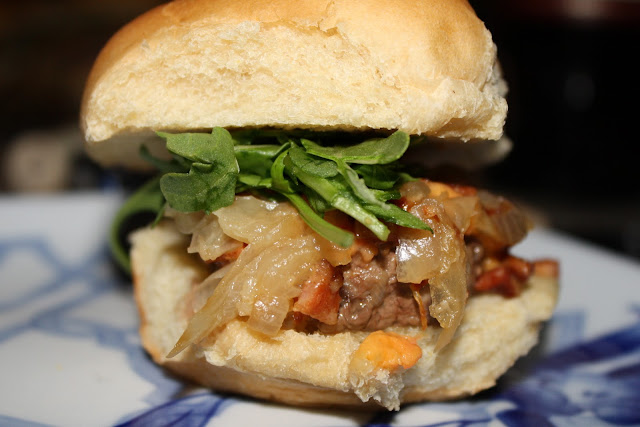 Tuesday had been a beautiful evening so I thought Hey, Wednesday should be nice, too. I'll have some friends over for dinner. If you don't live in Southern California, you might not be aware, but we had a crazy windstorm last night (the city of Pasadena has declared a "state of emergency"). Just from my living room windows I can see three trees - big trees - that have broken in half. From what I'm watching on the news, I'm lucky to have power.

My friend Bryce sent me this photo this morning, and I have a hunch that's the tree that Elizabeth and I always sit under when we dine on the sidewalk at Green Street Tavern: 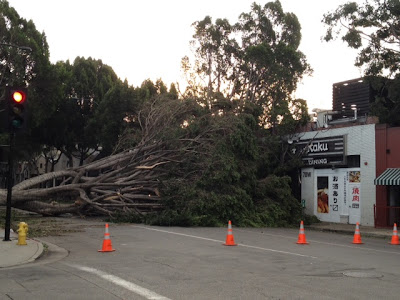 So it wasn't the most pleasant night to sit outside and have dinner, but we did it anyway. 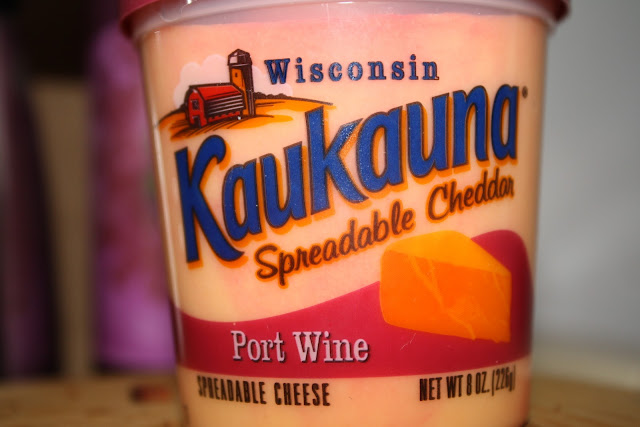 I grilled several patties of ground beef, topping them with this port wine cheddar cheese spread and letting it melt. 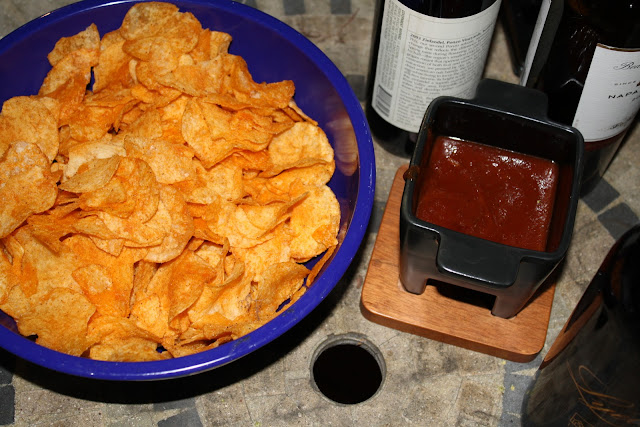 Tim told me he had never tried Gates barbecue sauce before, so I heated some and placed it in my little fondue container and served it with Lay's barbecue chips. Of course, it was impossible to keep the flame lit under the container, the wind kept blowing it out. Whatever. 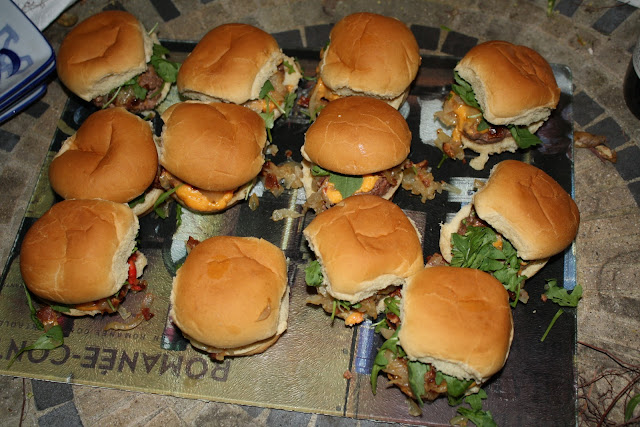 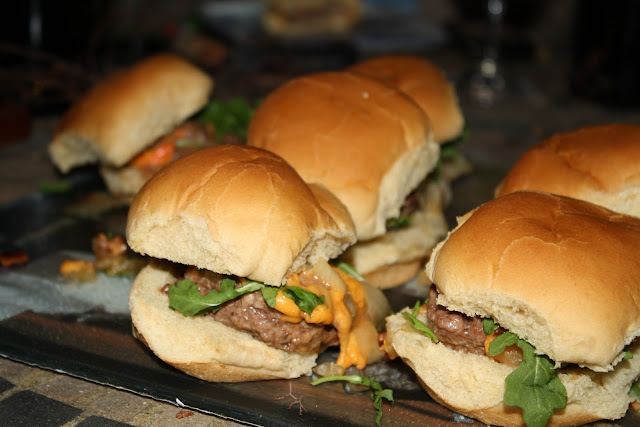 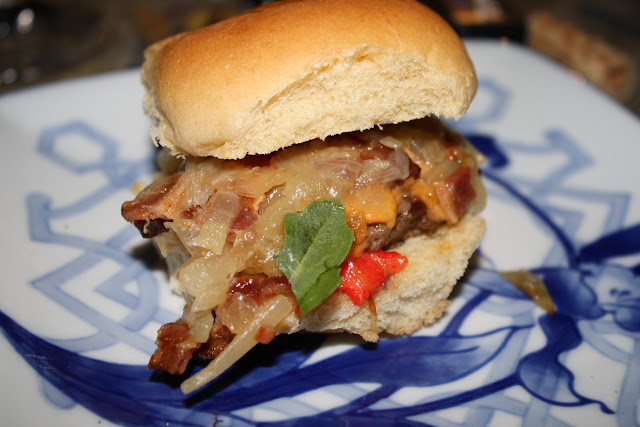 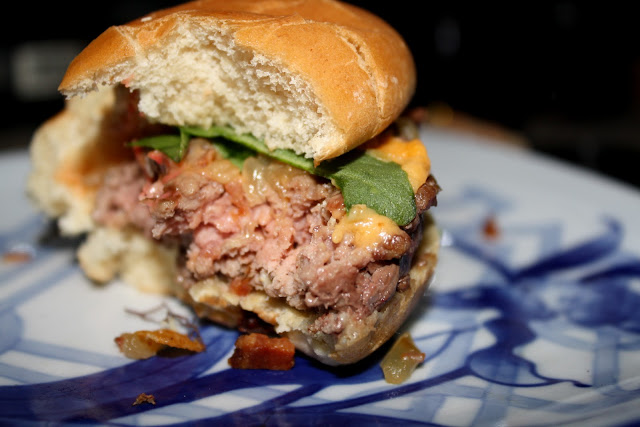 Once the patties were done I placed them on slider buns - I found these at Target and decided to give them a try, they were great - and topped them with a mix of bacon and onions. (I fried the bacon for a few minutes and removed it from the pan and chopped it up, then sauteed the onions in the grease and mixed them with the bacon crumbles.) Then I added a spicy, peppery arugula.

They were excellent. Everyone complimented the sliders. Tracie even went so far as to say they were the best sliders I have made all year. 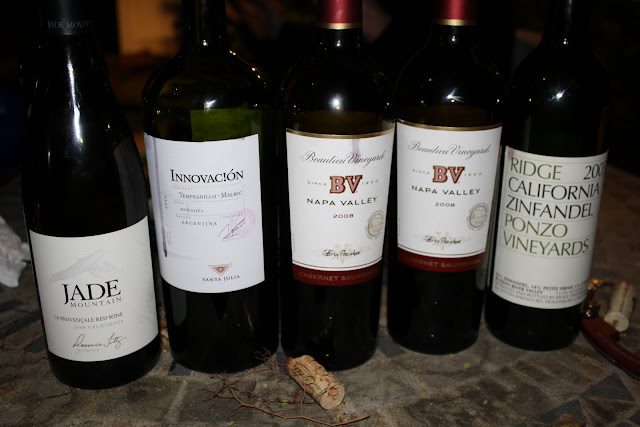 And, uh, there was wine.

Wine! Yes, that is what it looked like at my house last night too. Crazy wind!!!

Yes, that is the tree that gives shade to Green Street Tavern. So sad to see all these beautiful old trees down. It totally crushed the entrance to Gyu Kaku, as did another that fell onto the roof of Buca di Beppo. So if there is any good news, it's that the trees didn't fall in the other direction, onto GST.

Yeah it is too bad. Green Street is so much nicer in my opinion than Colorado or Union.

Because of you I think I'm going to take my bf to Green Street Tavern for his bday this weekend. That meatloaf is right up his alley.

Nice. I've been there the last three years for a birthday meal.

Oh no! That's not Gyu Kaku the Japan bbq that big tree fell on?! The tree could have at least fallen to the opposite side!

Kaukauna, WI is 20 minutes up the road from where I live. It's kind of neat seeing a little piece of home on your blog.

Nice. I've been to Green Bay for an afternoon but that's my only Wisconsin experience.