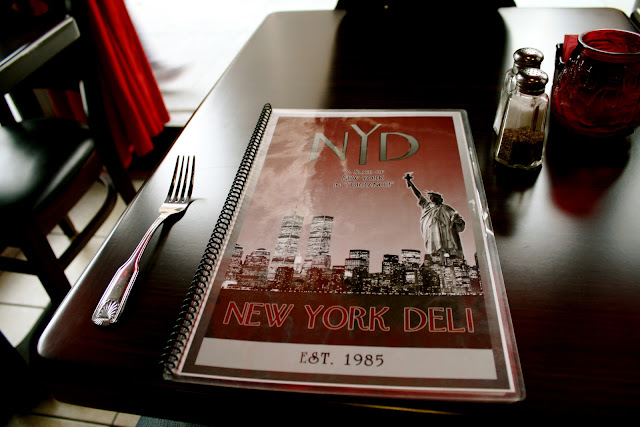 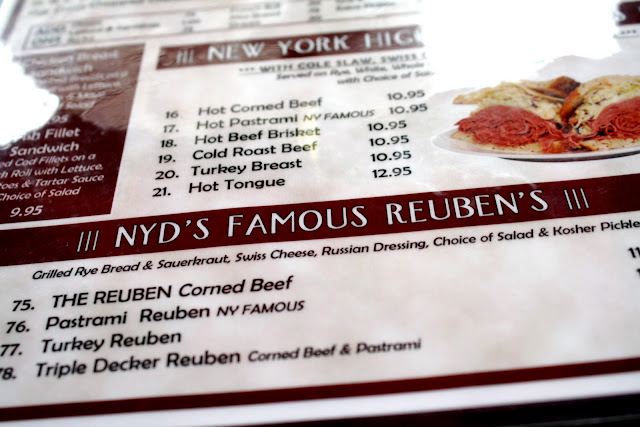 Elizabeth still had some Christmas shopping to finish on Saturday afternoon, so I went to Old Town with her. But first we needed some food. A Reuben sandwich sounded great to me, so I suggested New York Deli. Plus, since the first time I ate there, I have wanted to get Elizabeth's opinion on whether or not it is worthy of the name. 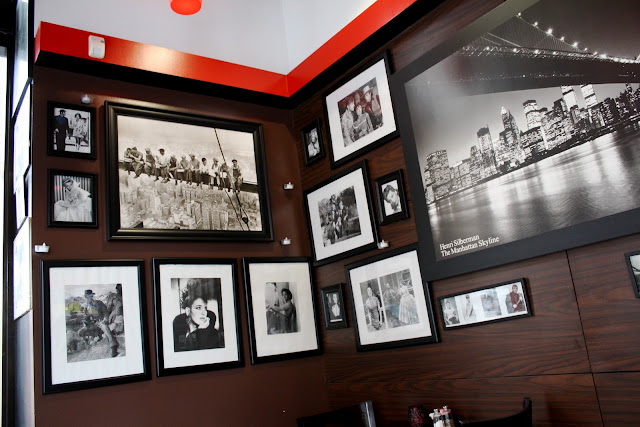 She definitely liked the way it was decorated. From our table in the window on Raymond I could see the building Tracie works in and the building my dad works in. 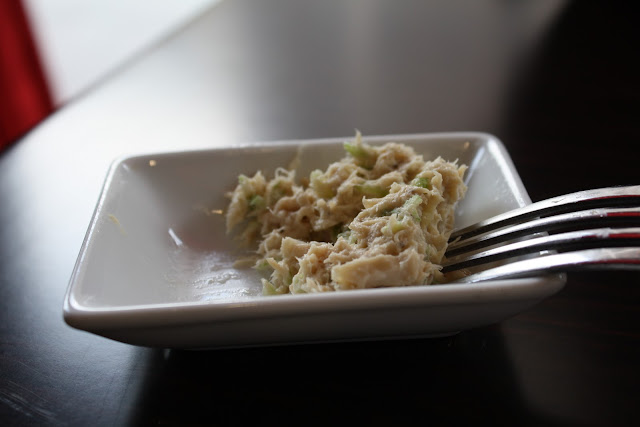 Elizabeth ordered the tuna salad pita sandwich. The waiter warned her that a lot of people don't like it because it's too sweet, and he brought her a little bit to try. It was definitely sweet, but we both liked it. 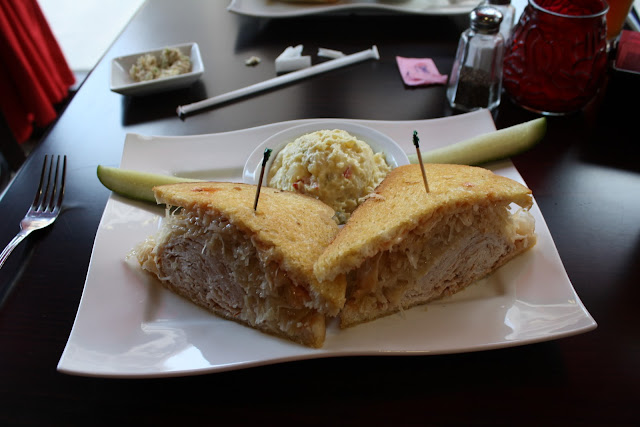 I decided to order the turkey Reuben, on sourdough instead of rye, with potato salad. 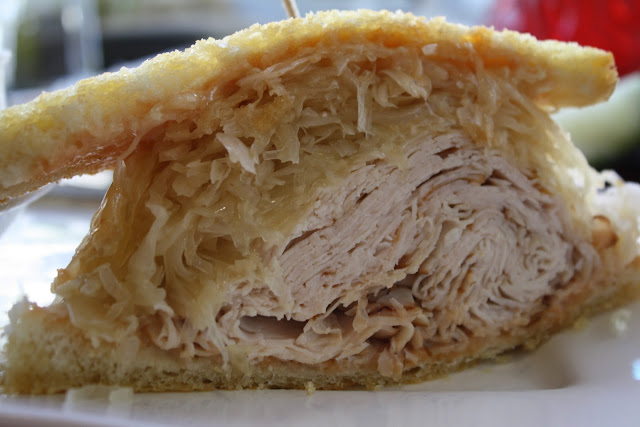 As usual at New York Deli, the sandwiches were massive. (We both only ate half of our food.) 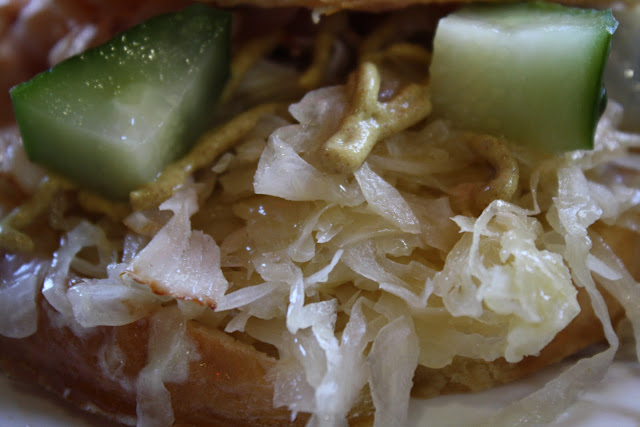 I added a little bit of pickle and some deli mustard to a few bites of my sandwich. 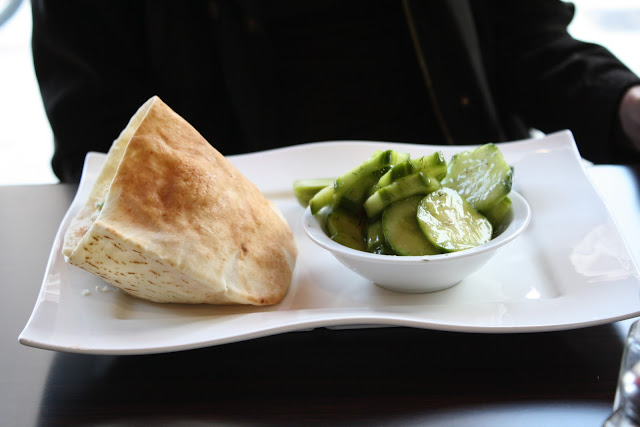 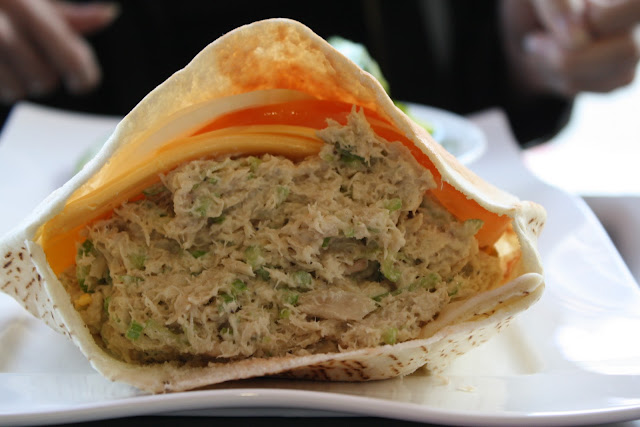 I took some of the tuna salad - the first I have had in probably two decades - and enjoyed it. 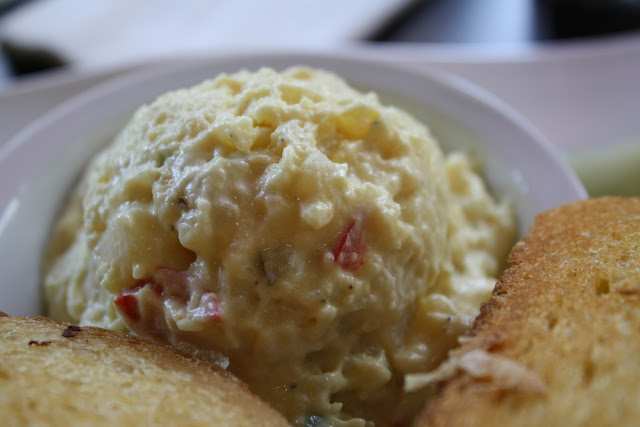 The potato salad was slightly different from the last time I had it - not as sweet. Which is a good thing. 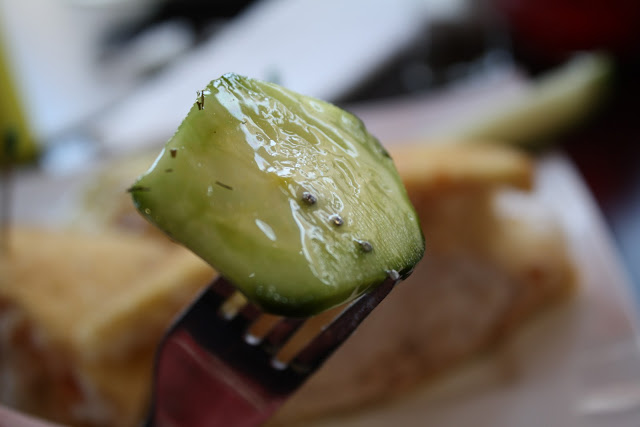 Elizabeth had the cucumber salad with her sandwich, and she let me take a bite. I'm not a huge cucumber fan, but this was delicious.

So the final verdict? Yes, she thought it was good enough to use the name New York, though she offered that, while it would not be out of place in New York, it certainly would not be regarded as anything too special.

I really like the place, but I can't argue with that. For many reasons.
Posted by JustinM at 10:00 AM

What delis do you and Elizabeth like in NYC?

I can't speak for her but I've done the tourist thing - I've been to Katz's and 2nd Ave and thought they were both great, and Carnegie, which I thought was a tremendous disappointment. I went to George & Sons on the UES twice... once was amazing, once was terrible.

I've been inside NY Deli, but not to eat. Now you're tempting me to go back.