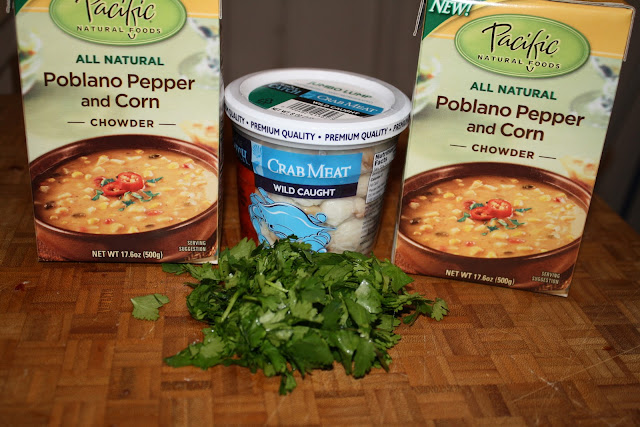 Despite the fact that I often repeat my father's maxim about never making assumptions, I am going to make one here: I assume all of you have been under the weather at some point in your life. And - since I doubt you're reading this for my charm or writing skills - it's probably a safe bet that you like food. So I'm guessing that when you've felt poorly, at least once or twice you've thought of a food that would hit the spot perfectly.

Maybe it's a steaming, spicy bowl of pho. Maybe it's a Philippe's French dip sandwich. Or a slice of pizza. You know what I'm talking about. Yesterday I felt like crap, as poorly as I've felt in months if not longer. My body ached all over (which I can deal with) and my throat burned (which I can't). As the day wore on and I did not have much appetite, I started thinking about dinner. A crab bisque sounded great to me.

So I went to Whole Foods to pick up a container of the chipotle corn bisque that I have eaten and enjoyed in the past. They didn't have any. But they did have these containers of "poblano corn chowder." I decided that would do and I picked up two of them. 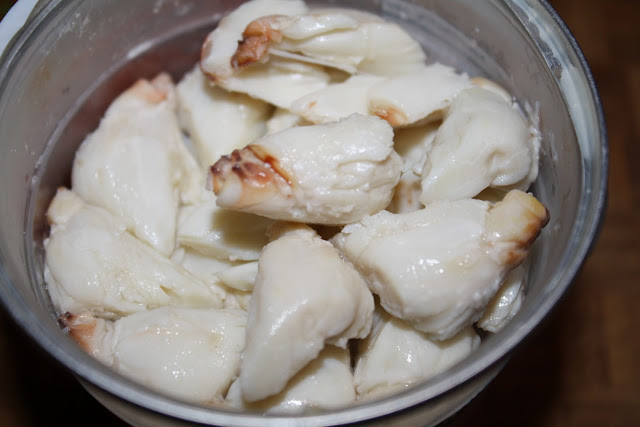 And I also got a container of jumbo lump crab meat. It's not cheap, but when crab bisque (or, I guess, chowder) is calling out to me, I only want the best. (The only larger pieces than jumbo lump are graded as "colossal," which I don't believe Whole Foods carries.) 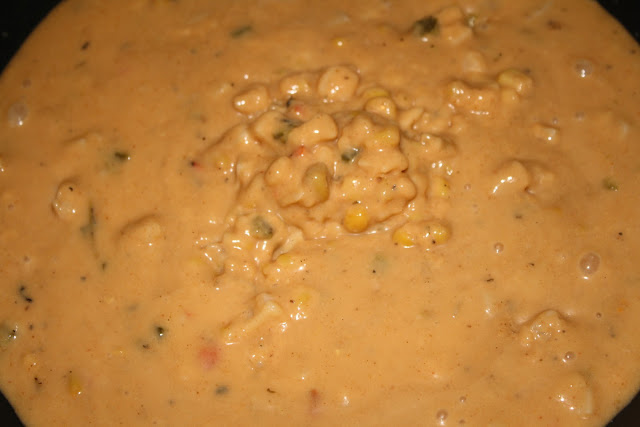 It's not much to look at before it's cooked. 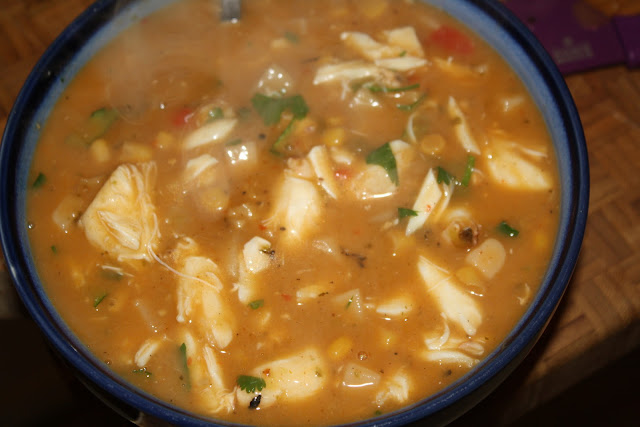 But a few minutes in the wok, with the crab meat added and some sprinkles of fresh cilantro, now we're talking. 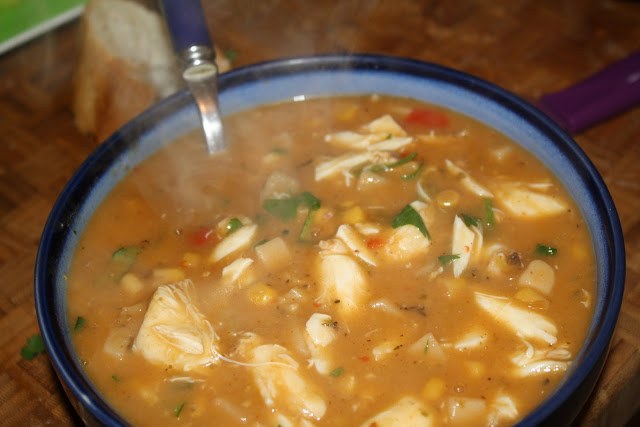 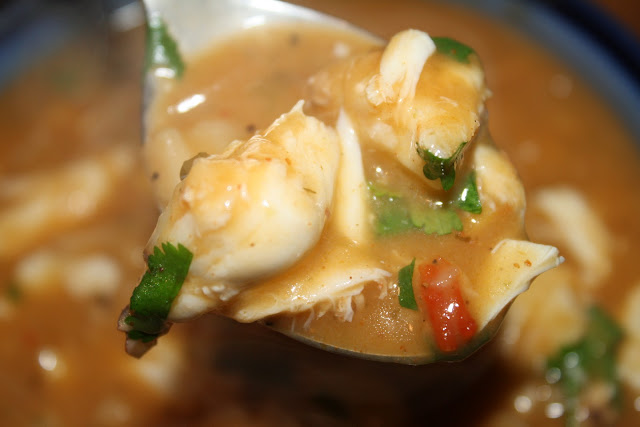 I really enjoyed the chowder. Not as much as the bisque, but it had a nice amount of spice to it. 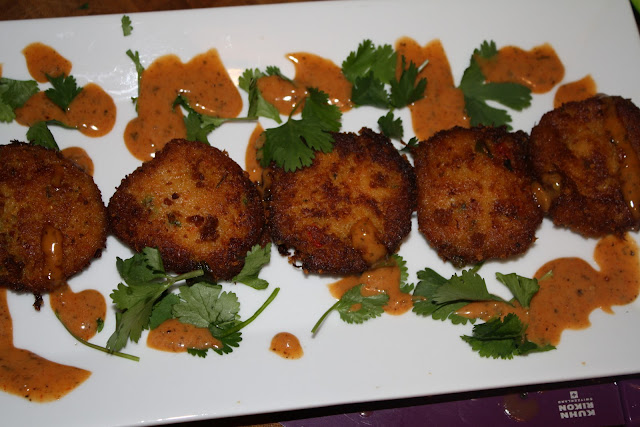 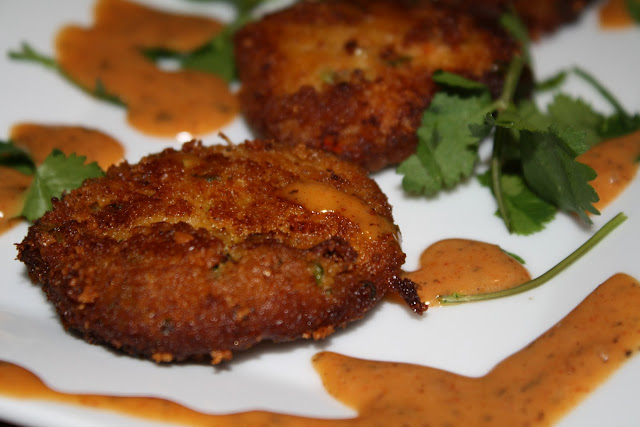 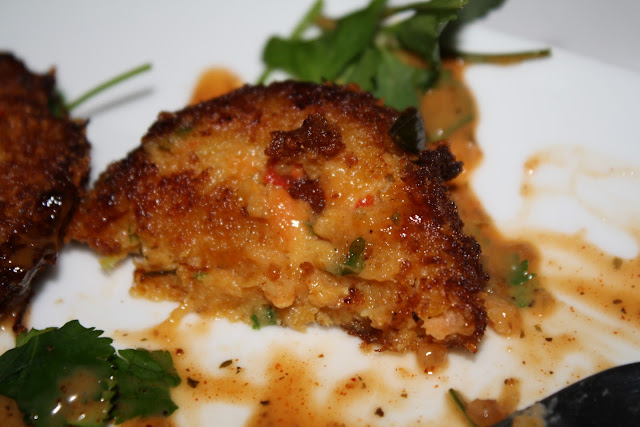 I also felt like something a little more, so I sauteed some shrimp and crab cakes, too, serving it with a remoulade. They were good, but not as good as the bisque.