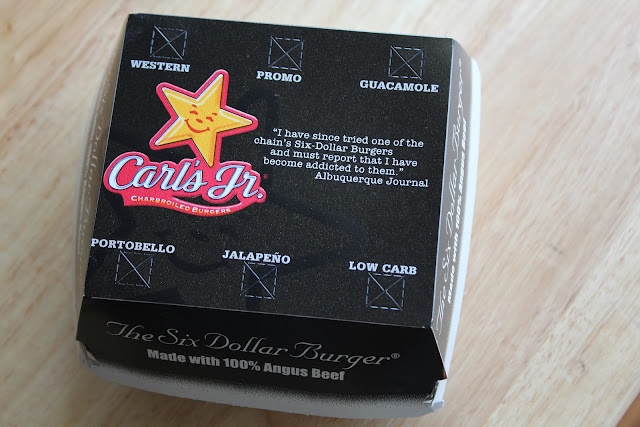 The last time I wrote about a Carl's Jr. Six Dollar Burger, a reader made a great point in the comments - it was going for $5.99 in his or her local market. Remember when the Six Dollar Burgers debuted, the whole point of them was that they tasted "like a burger you would pay six dollars for in a restaurant." Now they're burgers for which you actually have to pay six dollars.

Carl's Jr. just released a "Southwestern" version of the burger, in a patty melt no less. (If I were to choose my least favorite Carl's Jr. commercial, which would be quite hard, it would probably be the "flat buns" commercial of a few years back that advertised the patty melt. If you don't know what I'm talking about, consider yourself lucky.) The burger comes with sliced jalapenos, grilled onions, pepperjack cheese, and Santa Fe sauce. I picked up one yesterday; you can opt to get the Southwestern Patty Melt in a single or double version as well, but I went for the Six Dollar. (It wasn't quite six bucks, but $5.43 with tax.) 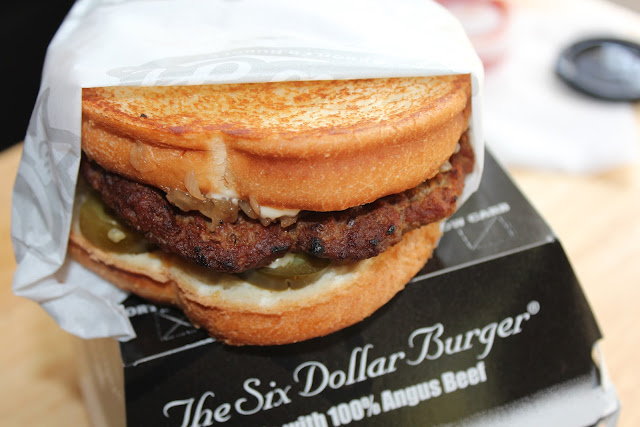 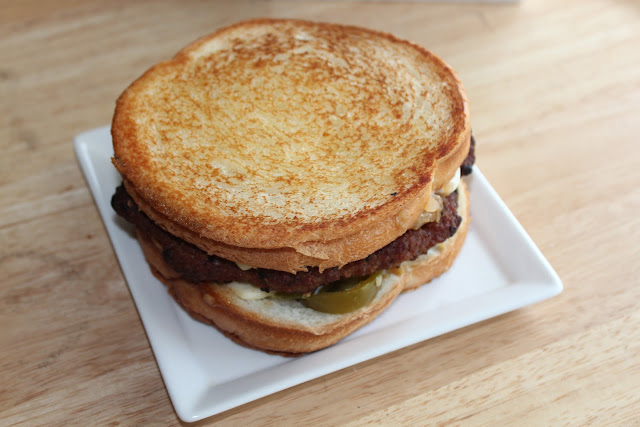 No surprises when I unwrapped it: the bread looked nice, golden and toasty, but ugly meat poked out from the sides. 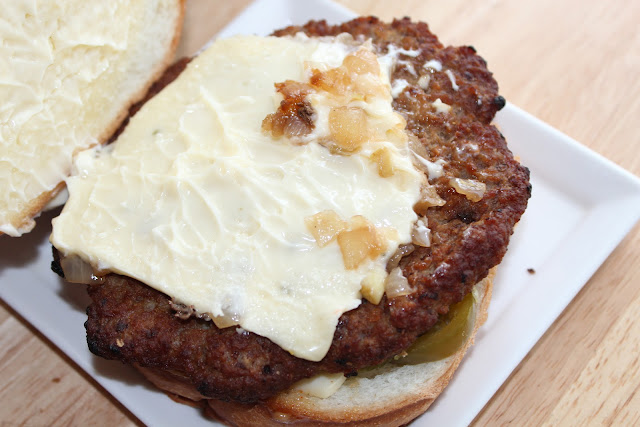 Not a lot of "grilled onions" on this one. 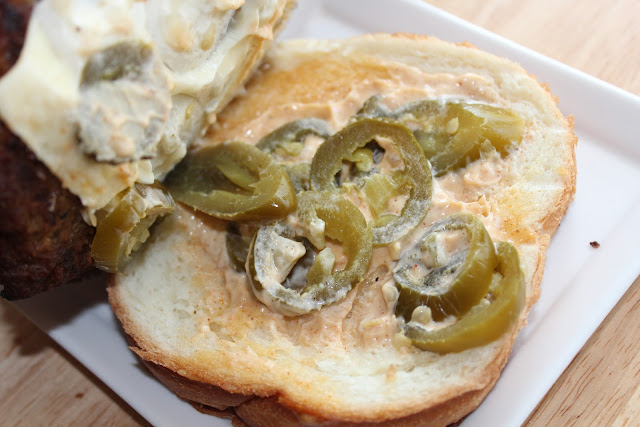 But plenty of jalapenos. 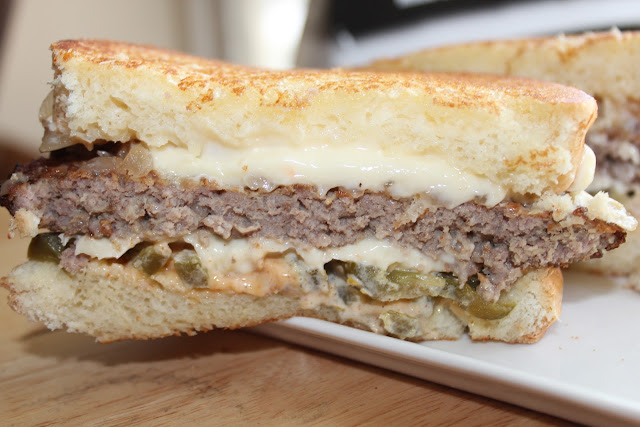 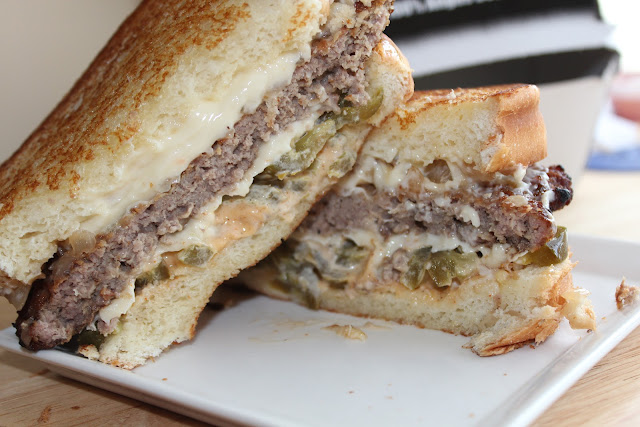 First the good news: I was blown away by how spicy this particular burger was. I've eaten enough fast food burgers purporting to be spicy to know that blandness is more common than spiciness. But this thing had plenty of heat. And the melted pepperjack cheese was as good as any cheese I've had from a national burger chain. The combination of all the things made this one of the more enjoyable Carl's Jr. burgers I have ever had.

But that's a relative statement; it was still a Carl's Jr. burger, which means that strange, freezer-burned taste to the meat. I know some people who love that taste, and I respect that, but it's not for me. Of course it didn't help that earlier in the day I had eaten the best restaurant burger I have had in months (more on that one of these days), but even without that, I still would have been underwhelmed by the dull, flavorless patty. I don't know why Carl's Jr. doesn't do something to improve their burgers; can you imagine how much better the burgers would be if they put the same effort into the beef that they do with their hand-breaded chicken tenders?

If you like Carl's Jr. and you like spicy food, I imagine you will enjoy this burger. But I won't be getting one again.
Posted by JustinM at 11:34 AM

I used to really like Carls when I lived in Utah. Their Big Hamburger was usually just over a buck and I always thought it had a beefy, smokey taste despite some stringiness. Never got one of their big melts though, and their Turkey sucks. Do they still make a Teriyaki burger?

Adam: I'm not sure - I only visit Carl's three or four times per year, and it's always to try a new promotion so I know exactly what I want and I don't look at the menu.

Your photos actually make it look tasty, but I'll take your word for it.

Well, judging by the pictures, your local Carl's Jr. sucks because that patty looks pretty dry. If not, then you must have a weak palate as the six dollar burgers near me are always juicy and packed with flavor. Best fast food chain around.

It was extremely dry - as has been every Carl's burger I've ever had. I'm curious where you live where the Carl's Jr.s are always juicy, to say nothing of the best fast food chain.

I'm not Rob, but I live in Phoenix and found a location here where their burgers are pretty much always juicy. And if you show up late at night, everything is cooked to order.

I don't go to Carl's Jr. very often, though. So, I've only tried a few other locations, where the burger patties are dry.

Thanks for the info. I really like a good patty melt. Glad to see your blog. I heard the patty melts at Denny's are good. What do you think?

I haven't ever had one. There's a place in Pasadena called Wonder Burgers that makes a wonderful (no pun intended) patty melt and lately whenever I want one that's where I go.

Dennys one I had was horrible as well as the service. The lacey washington carls Jr has their six dollar burgers never dry. They are always amazing. Check it out. By the way they don't sell the patty melt anymore. But they have a jalepeno burger. Yum :)

Erika b from oly Washington

That patty melt was good... Carls can be expensive but can also be da best..