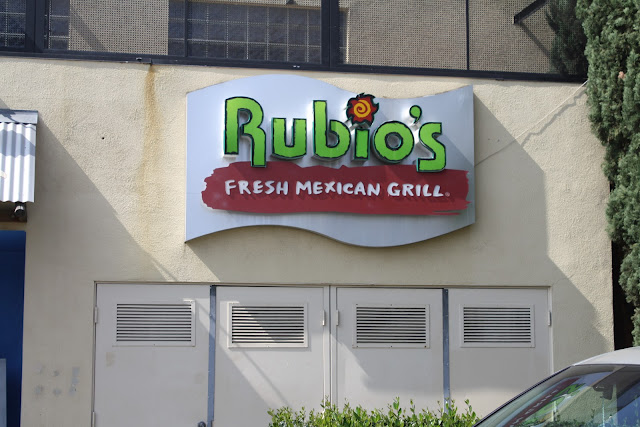 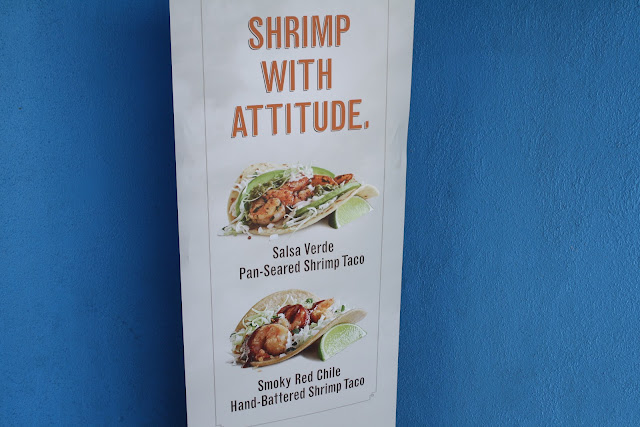 Last week, Rubio's debuted two new shrimp tacos: a "Salsa Verde Pan-Seared Shrimp Taco" and a "Smoky Red Chile Hand-Battered Shrimp Taco." I have been enjoying Rubios promotions for many years - especially their crispy shrimp tacos that come out every year. I particularly wanted to try the latter of the two new tacos: "Hand-battered shrimp... cooked in seasoned beer batter and topped with a smoky red chile sauce made with guajillo, ancho and red jalapeño chiles, along with Rubio’s white sauce, a cilantro/onion mix and cabbage." 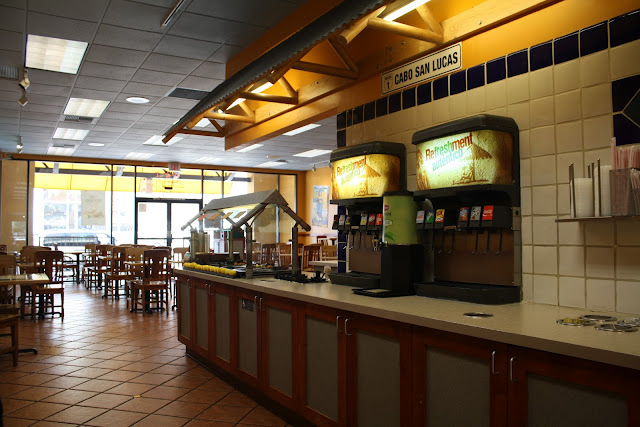 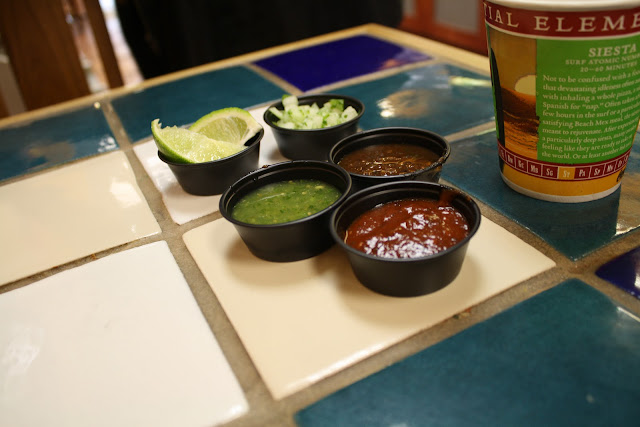 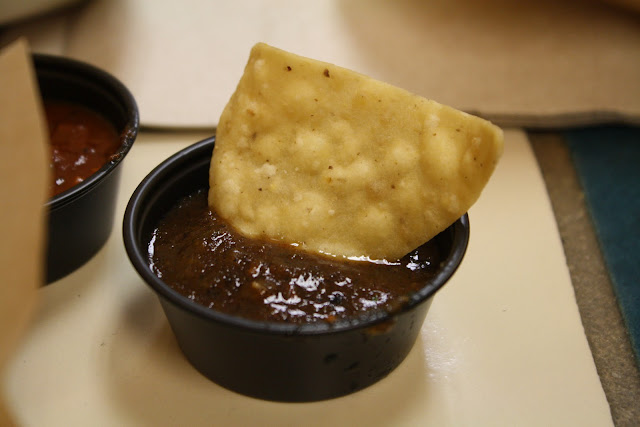 Elizabeth and I stopped by the other day for lunch. It was on the early side and nobody else was in the place. We got ourselves some chips and tomatillo, spicy, and chipotle salsas. The last of those was my favorite. 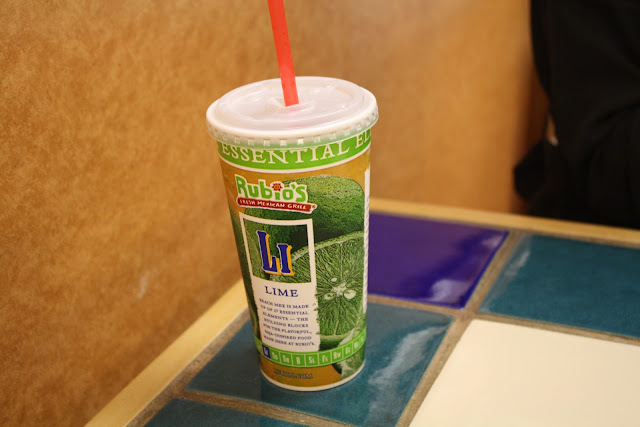 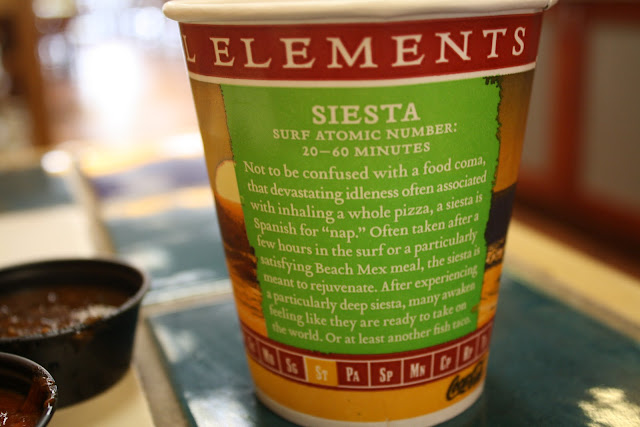 A fountain Vanilla Coke for her ("This is much better than a can") and a cup of water for me. My cup filled me in on the glories of a siesta. 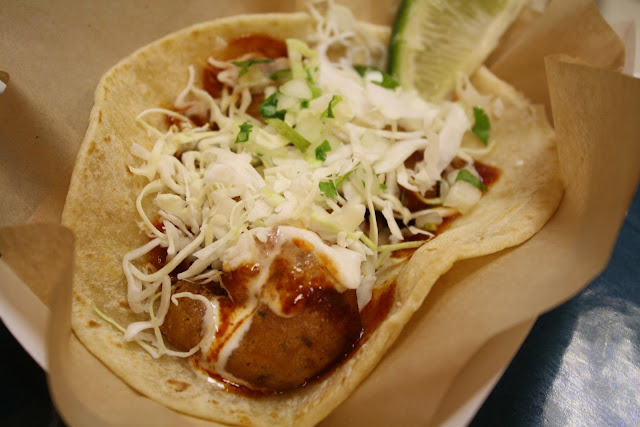 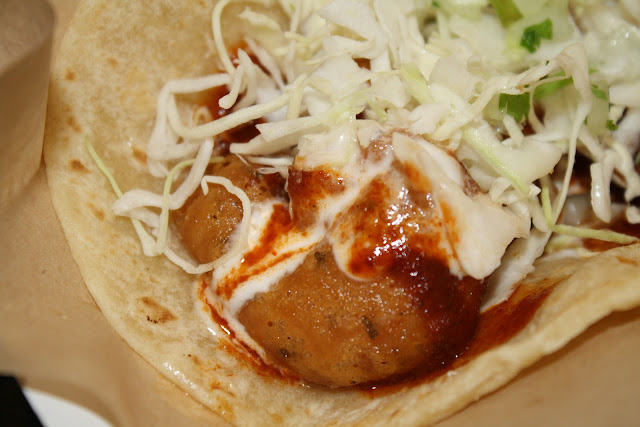 The hand-battered shrimp taco only contained three shrimp. They were good-sized shrimp, but I would have liked at least one more. 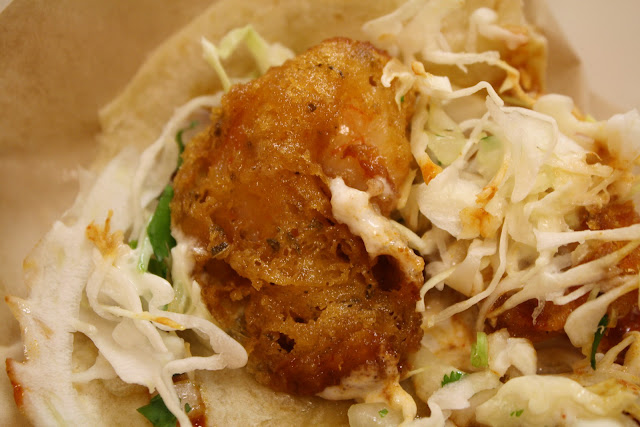 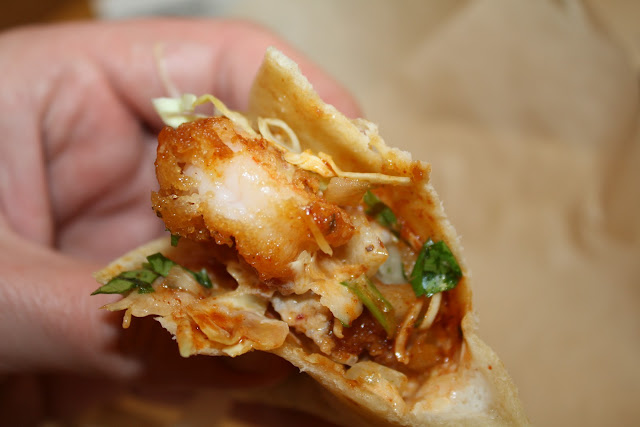 But the shrimp were still delicious: crispy, juicy, plump shrimp. The sauces worked wonderfully together and the cabbage provided a nice crunch. This isn't the best shrimp taco I've ever had, but I can say without hesitation it is the best one I've ever had from a chain. 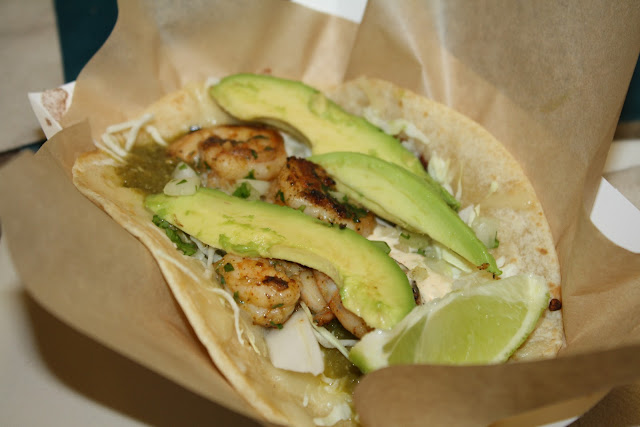 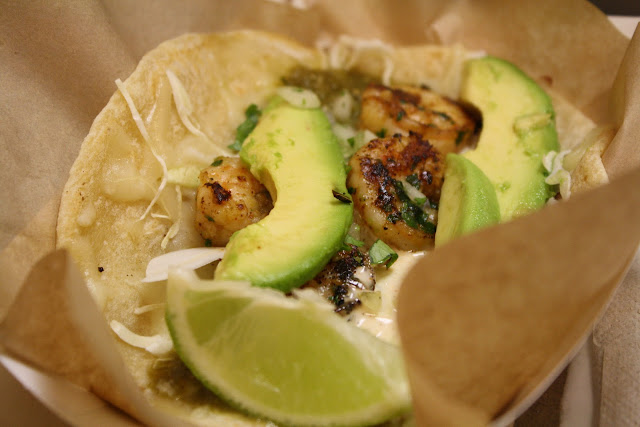 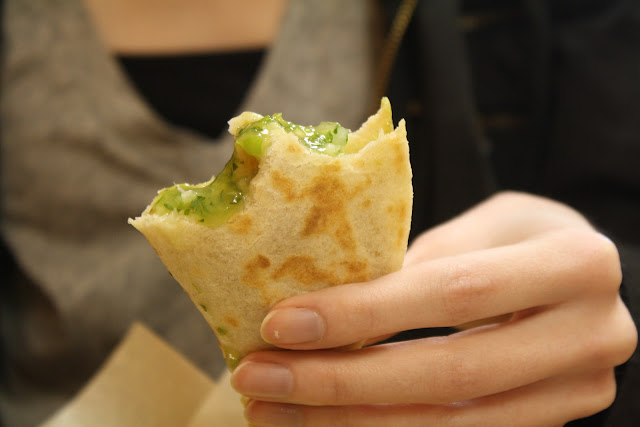 Elizabeth went for the pan-seared shrimp taco. She said it was good, but she liked the hand-battered shrimp version better. She added a few pieces of onion and some of the tomatillo salsa to the taco for the last two bites, giving it a little extra flavor.

I do not know how long these tacos will be around, but I hope I am able to stop by for a couple more of them. Rubios has come out with some really good promotions over the years, but this hand-battered shrimp taco might be my very favorite.

Here's the video of Ralph Rubio assembling the tacos that I watched the other day. Maybe you'll want to try them, too:

I hope this doesn't sound too weird but Elizabeth has nice hands. Pretty fingers: She could be a hand model for advertisements!

rubio's reminds me of my hometown of san diego. ill always have a soft spot in my heart for them!

Michelle: Yeah, it's not bad.

Melissa: That does not sound weird. She is a very pretty girl.

Anon: I can certainly respect that.

This does look good! I wish there was a Rubio's closer to me than Denver, which is, oh, about a 13 hours drive...