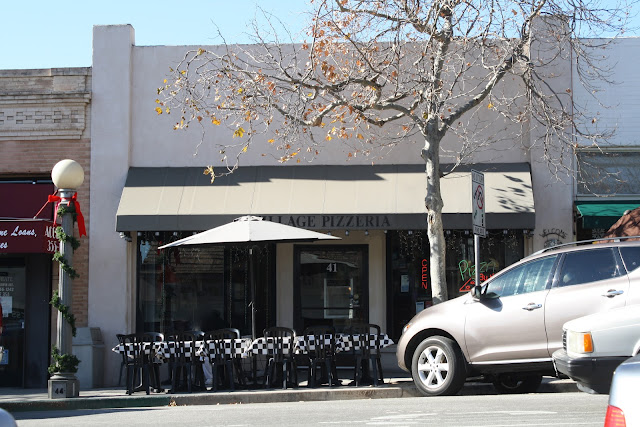 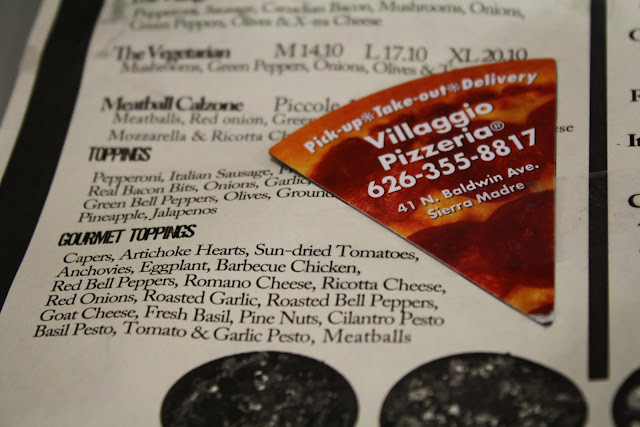 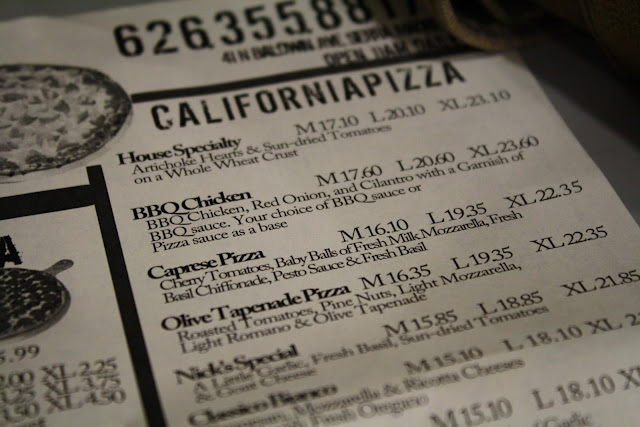 Village Pizzeria has been in Sierra Madre since before I was in high school, and there was a time when I used to eat it a fair amount. A job delivering pizzas for Village Pizzeria is something of a right of passage for kids who grew up in that town. (I didn't do it but my brother did.) They have sandwiches and salads and a couple of other items, but I almost always used to get their pizza.

But it's been a long time since I've had any. I haven't lived in Sierra Madre for years, and at any rate, Sierra Madre Pizza Company has been open for almost eight years, serving pizza that I like just as much as Village Pizzeria, for a fraction of the price. (Village Pizzeria calls its barbecue chicken pizza the best in Southern California, and I admit it is quite good... but look at those prices. Almost 24 bucks for an extra-large?)

But they have pizza by the slice, too, so the other day when I was in the neighborhood and hungry, I stopped in and got two slices. One pepperoni and one with sausage, bell pepper and mushroom. 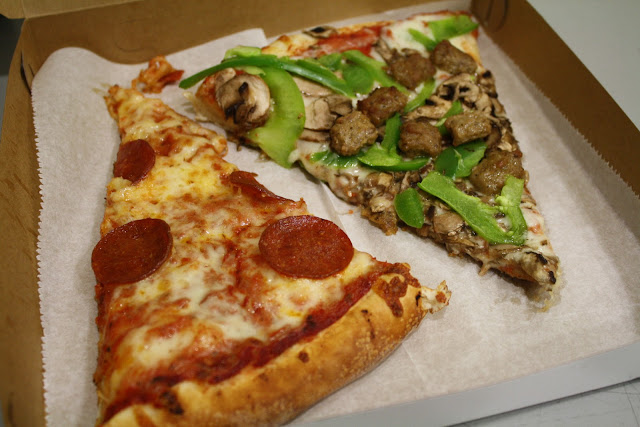 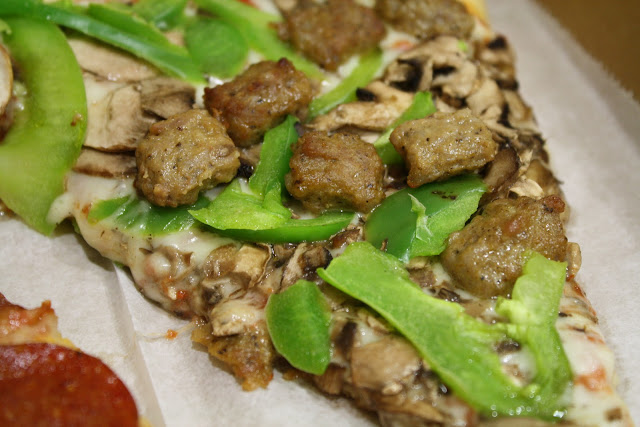 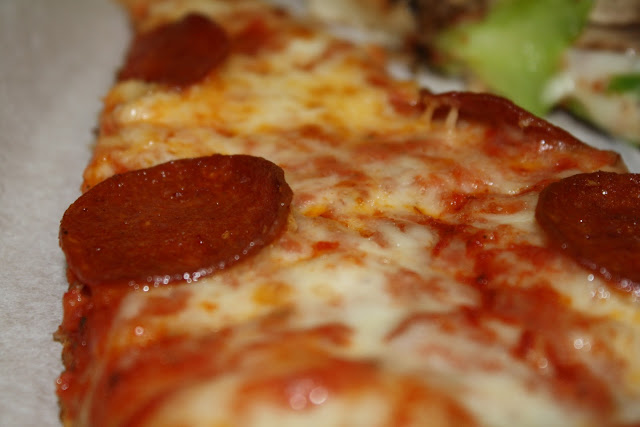 It's hard to judge pizza by the slice when you don't know how long it's been sitting out. If this was fresh pizza, I would say it's not very good. But Village Pizzeria wasn't busy that day so I have a feeling this had been sitting around in the display case for a while. (And it's not like they reheated it in the oven for me.)

But it's still pizza, so it was good. As I've written before, I've only had one slice of pizza in my life that was so bad I refused to eat it.

So I would have no problem eating Village Pizzeria again... but I doubt I will. As I wrote, I think Sierra Madre Pizza Company is just as good, and with Mamma's Brick Oven - my favorite pizza in the San Gabriel Valley - opening a second location on Rosemead just a couple of miles south of here, Village Pizzeria is one of those places that used to be a big part of my life and no longer is.
Posted by JustinM at 11:22 AM

They weren't busy and they still didn't throw the slice in the oven for a minute? Seems lazy.

I had my very first taste of BBQ chicken pizza there. Any time i find myself in Sierra Madre, with any appetite at all, I stop in for a slice. Yum!

Michelle: It's usually teenagers working there. I doubt they would think of that on their own and they probably haven't been instructed that that is the proper way to do it.

Nosh: My first was CPK, but this was probably second. It is certainly good and if they'd had a slice of that I would have nabbed it, but these were the only two (other than plain cheese) that they had.

Why does it say 'Villagio' on the magnet? Identity crisis?