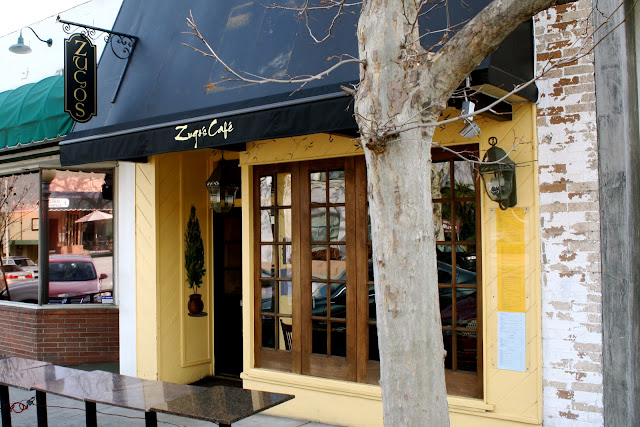 When I wrote about Wistaria three weeks ago, several people responded to me writing (however briefly) about my hometown of Sierra Madre. Not just in the comments, but two people emailed me about it, and a friend of mine told me that his wife is now looking at houses in Sierra Madre just based on those few lines I wrote.

So I figured I would write some more about dining in town. In that Wistaria post I mentioned that many - really almost all - of the restaurants in Sierra Madre have outdoor seating, even if it's only a couple of tables. Zugo's Cafe is no exception, and though they did not open until after I'd moved away, in all my visits back since then I have noticed that their sidewalk tables are almost always occupied at lunch time. (They are closed on Mondays, the day I took the above photo, which explains the lack of customers.)

Zugo's - for years they were called Ugo's; I suppose they must have had a reason for the minor name change - is small inside, but I find it quite charming. (It was busy the day I stopped by for lunch and there was no way to take a picture without disturbing people, so I refrained, but there are certainly photos online that aren't hard to find.)

I was having lunch with two acquaintances in town and we were looking to get food to-go from somewhere. I suggested we get sandwiches and they agreed. 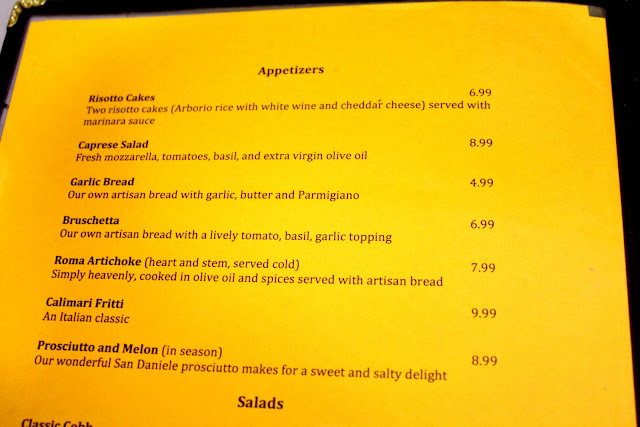 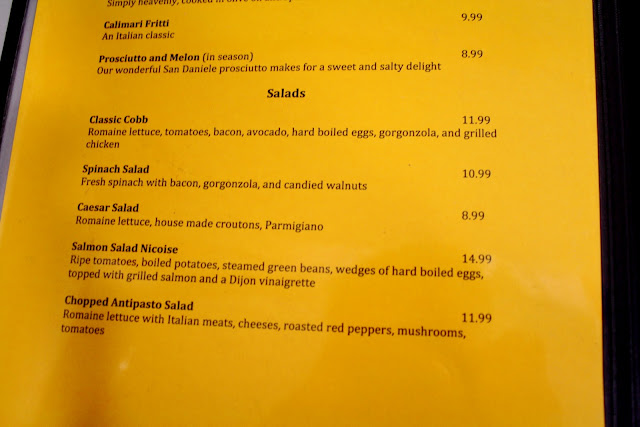 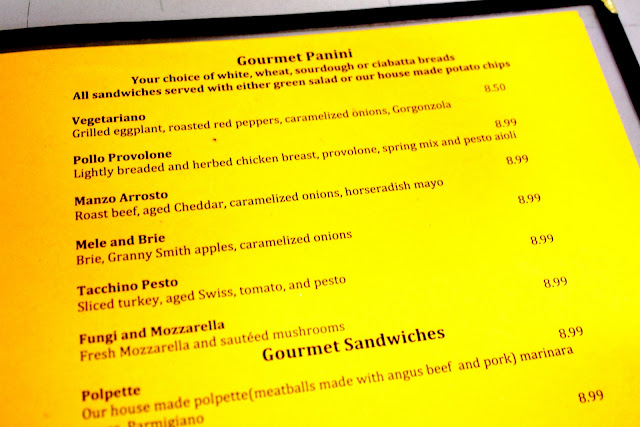 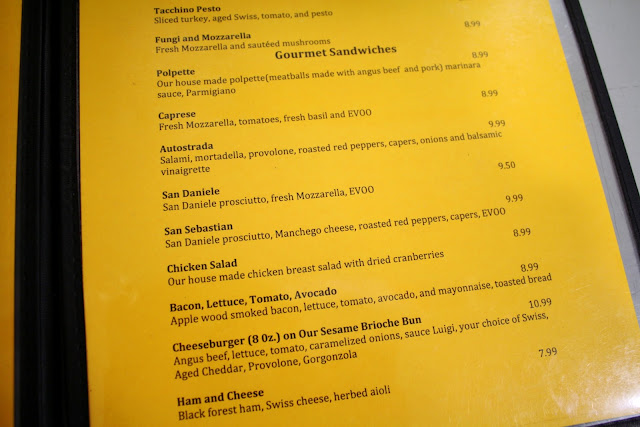 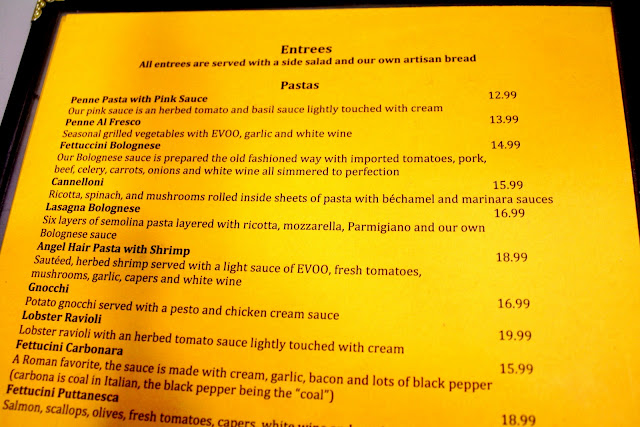 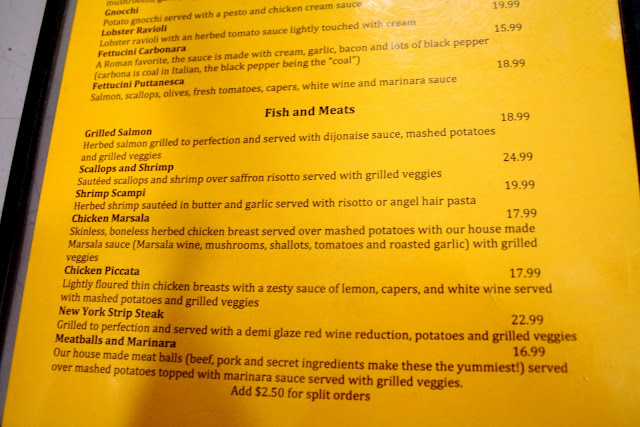 Zugo's menu isn't particularly unique, but that's not a knock. If you can do this kind of food well, you don't need to do anything fancy. We each ordered a sandwich, selecting homemade potato chips rather than green salad as our accompaniment.

Ten minutes later I arrived to pick up the food. There is an attractive bar along the wall of the tiny room with some interesting looking wines, but this was the middle of the afternoon so I wasn't about to take a drink, even a small one. I noticed one of the cooks assembling three sandwiches which I assumed were ours, but he was adding salad to the containers.

"If this are my sandwiches," I said to the friendly woman to whom I had just paid, "I asked for them with potato chips." She turned around.

"I know you ordered the chips," she said, "and I told them that. No one ever listens to me." (She then instructed the cook that the containers were supposed to have chips; he just stopped putting in salad and added chips on top of the greens. Not that I cared.) 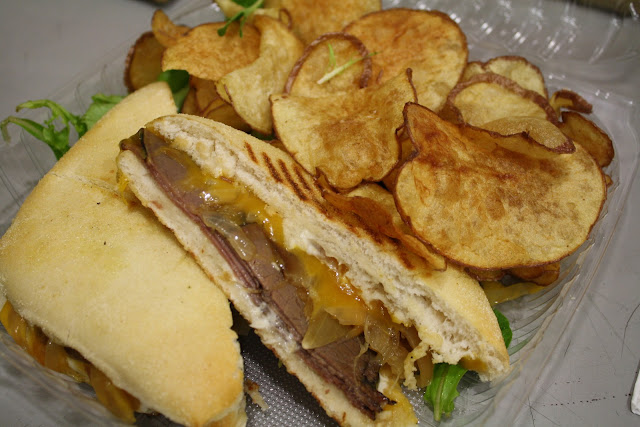 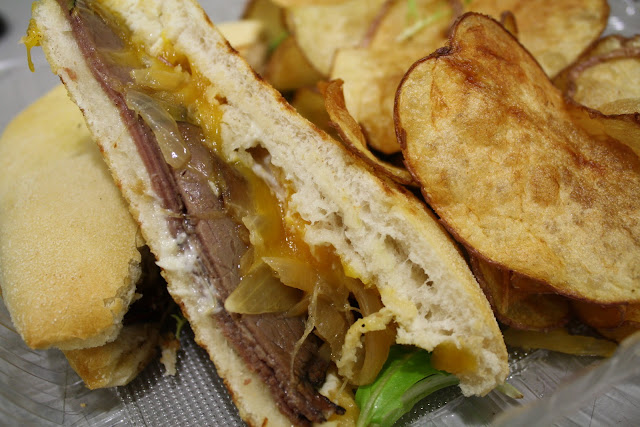 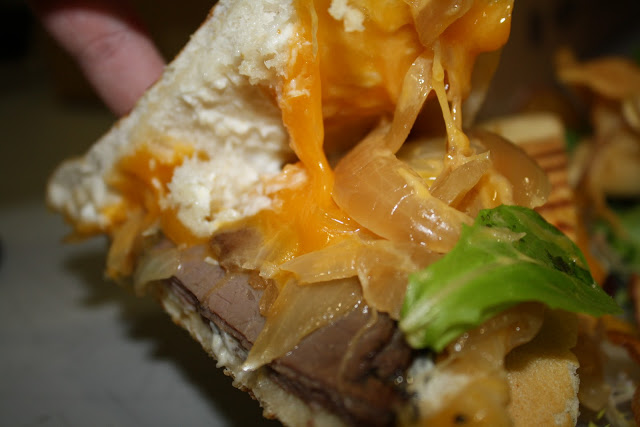 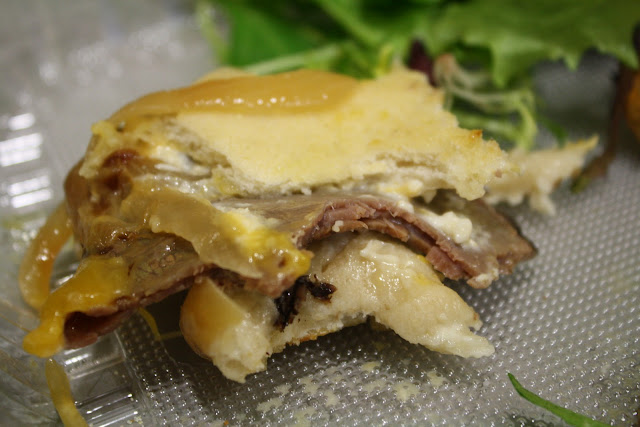 I rarely order panini at restaurants or delis anymore. Most of the time I am disappointed - either the cheese isn't melted at all or the press has been left on too long and the sandwich is smushed down to a half inch and the insides are a mess that squirt out with each bite. (And I'll admit, I'm kind of a snob, having had a panini press at home for more than seven years now. Maybe snob isn't the right word, maybe I'm just particular about how I like my sandwiches pressed.)

That being said, this sandwich was fantastic. The bread had grill lines on it and it was quite warm. The cheese was melted just enough and the rest of the interior maintained it's structure. And the flavor was great, everything working together well. I suppose I would have liked a little more horseradish sauce, but that's not the restaurant's fault - I'm sure most people don't like horseradish sauce as much as I do. 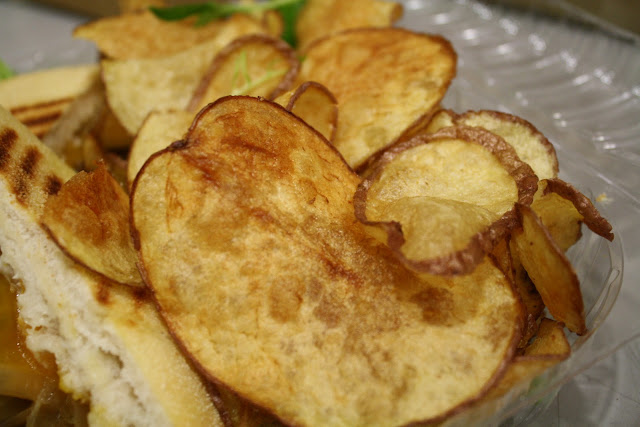 The homemade chips were delicious, too. 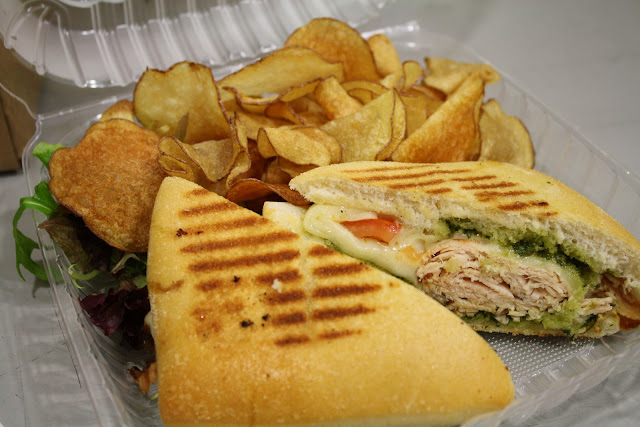 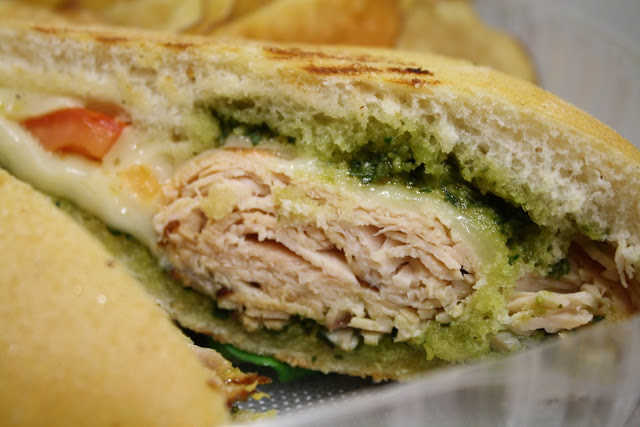 One of my buddies got the Tacchino Pesto: turkey, Swiss, tomato and pesto. He said it was very good and he ate the whole thing. It certainly looked good to me. Well, minus the tomato, of course. 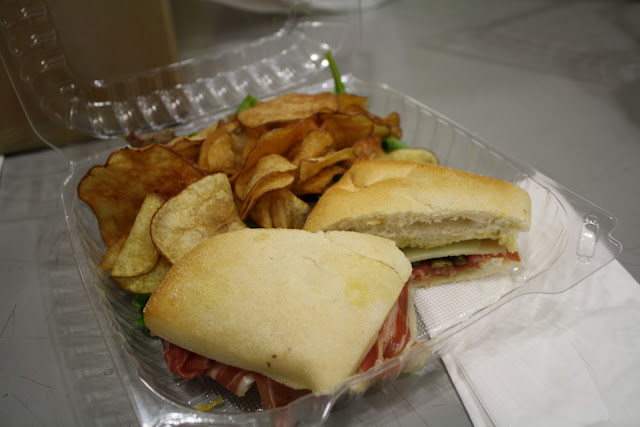 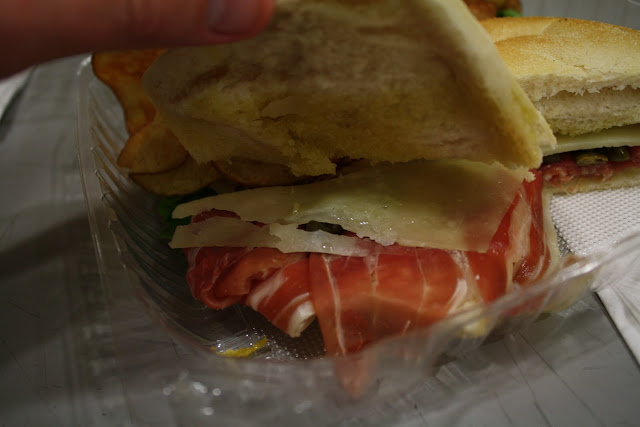 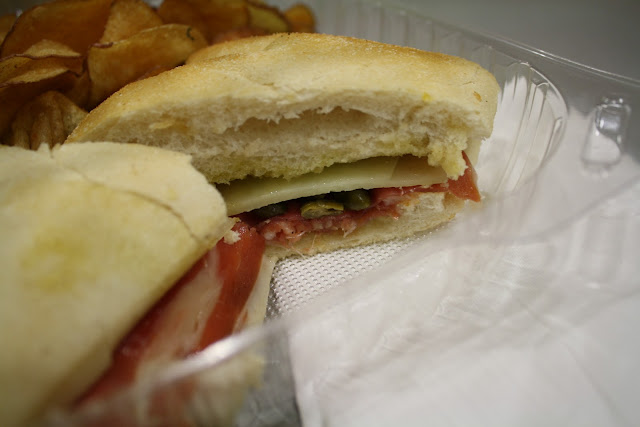 The third sandwich was the San Sebastian: proscuitto, Manchego cheese, roasted red peppers, capers and olive oil. My acquaintance who ordered this actually had to take an important phone call and I had to leave before he got around to eating it, so I don't know what he thought, but based on how it looked - yes, that's me lifting up his sandwich while he was in the other room on the phone - I imagine it was good.

I don't know why I resisted going to Zugo's for so long. Maybe because it's so small, or maybe because it reminded me of another restaurant in town that I do not care for. But I will certainly go back. I would like to eat in the restaurant next time, perhaps a dinner accompanied by a bottle of Brunello di Montalcino.
Posted by JustinM at 9:30 AM

why u touchin others peoples food pp lol?

I prefer the term aficionado. Snob comes off ass too much of some 19th century dude with a monocle. I’m the same way. Too often a panini is destroyed by an over assertive layer of butter on the outside of the bread, and poor construction on the interior. How tough is condiment then cheese then meat? Really.

Those chips look awesome. Awsome enough to perhaps stick inside the sandwich for an added crunch level.

Anon: Well, I paid for everyone's lunch, and he hadn't taken possession of his sandwich yet, so in a way it was still mine... I think.

Adam: I would love to be a 19th century dude with a monocle. While I appreciate the texture of chips in a sandwich some of the time, I never think about doing it when I really like the sandwich.

Those sandwiches do look and sounds great. I am a huge horseradish fan as well, and there is never enough. Very sneaky you lifted your acquaintance's sandwich. Does he read your blog? You probably have SM realtors hounding you now!