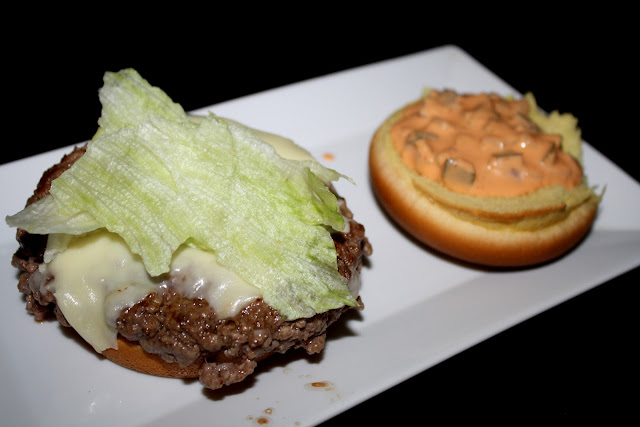 I was down to the last two pickles in the jar of Brooklyn Brine's Hop-Pickles. I had an idea. 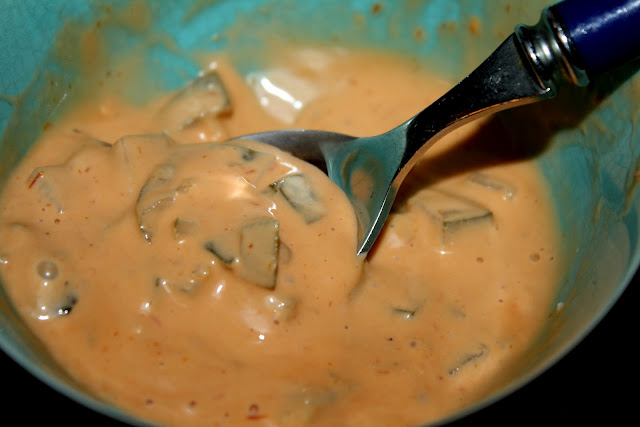 I diced them up and added them to Thousand Island dressing, then let it chill in the fridge for a couple of hours. 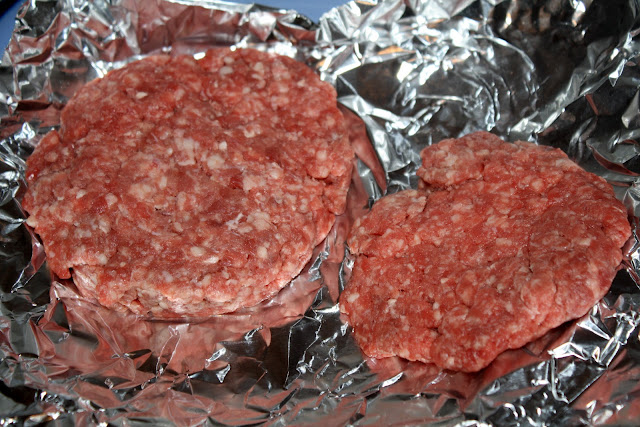 Obviously I love the burgers I get from Paisanos, but sometimes I either am not in the mood or it is too damn hot to make the two-mile round trip. Fortunately, there is butcher four blocks away - Heights Prime Meats. They only have a fraction of the options of Paisanos, and their prices can get pretty ridiculous, but their product is definitely quality.

I got some coarse-ground beef and made two burger patties. You can probably guess which of the two was mine and which was Elizabeth's. (And if you can't, I'll tell you: mine was the larger, half-pound patty.) 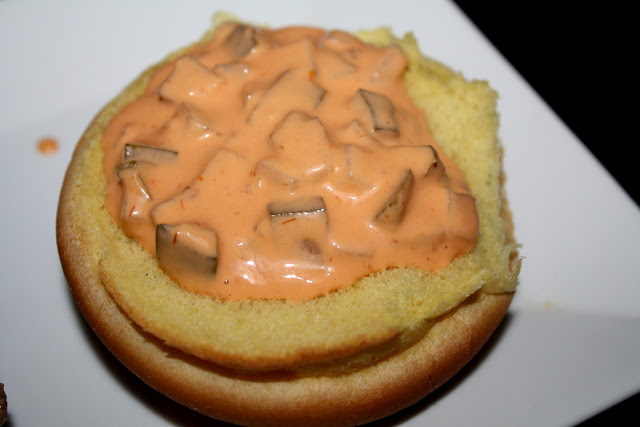 Once I grilled the burgers, I spooned plenty of the sauce onto a potato bun. (When I'm not in the mood to walk to Paisanos, I'm also not in the mood to go to Caputo's for those great rolls. I got these at the market across the street from me.) 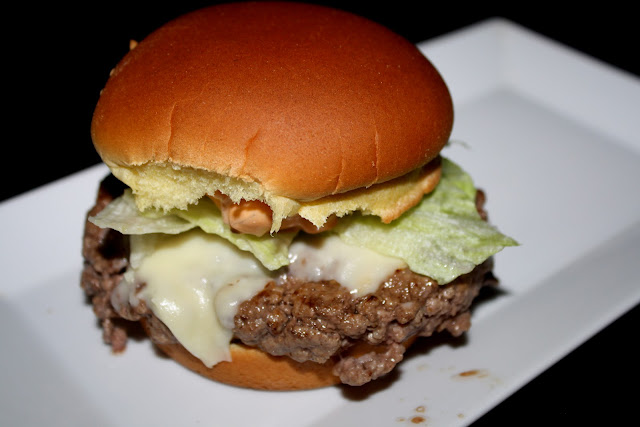 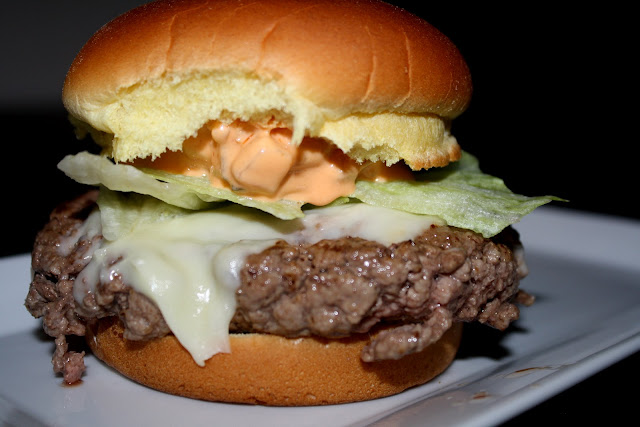 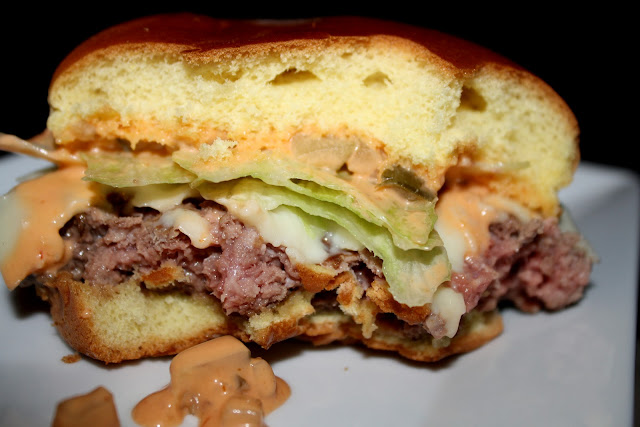 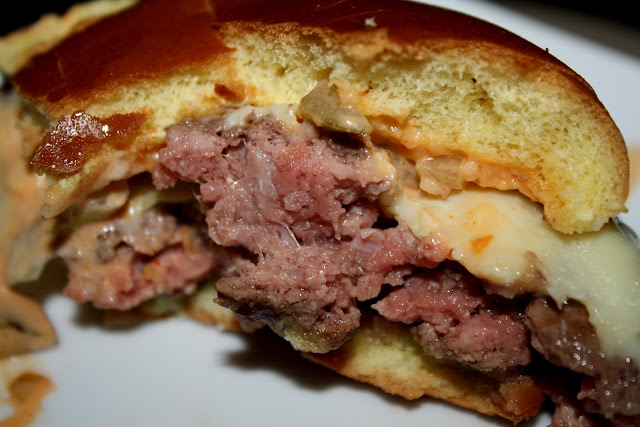 This was a good burger. The Thousand Island was not nearly as aggressive as the aioli I made the other day. It was still a pretty extreme flavor, but it worked well.

Like the aioli, though, it's not something I plan to make again. So many more ideas...
Posted by JustinM at 10:00 AM

Why do I picture you annoying Elizabeth by doing the 'cheeseburger cheeseburger' bit? :)

Nah. I used to annoy her by talking about how the Yankees just buy championships and take all the fun out of baseball. But now the Angels (and I guess even the Dodgers) are no different.

Now I just tell her that Home Alone is a children's movie, and not even a good one.