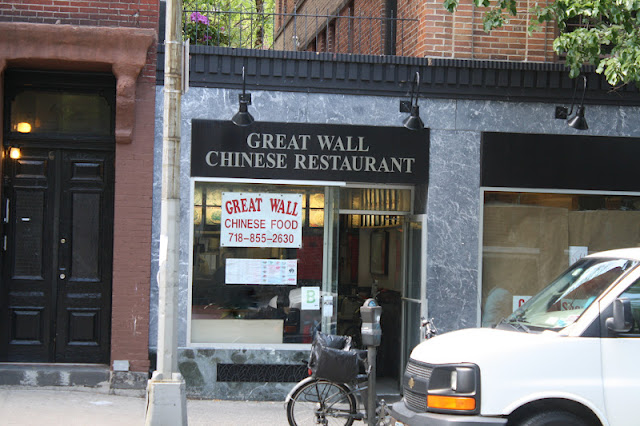 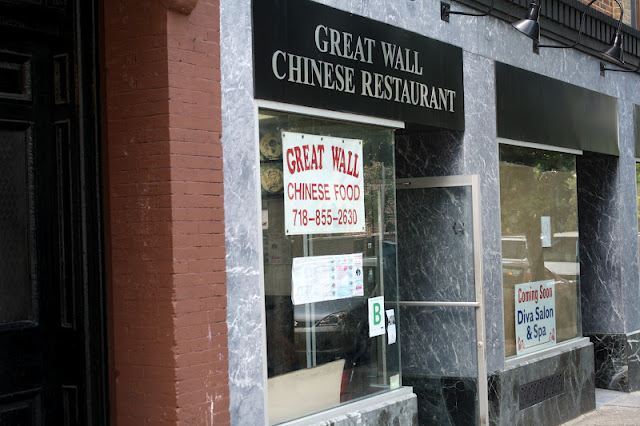 A few blocks away from me, on pleasant stretch of Henry Street, is Great Wall Chinese Restaurant. It's not much to look at from the outside, though this knock should mean nothing: some of the greatest food I have ever eaten has been from little holes-in-the-wall looking very much like this. (I once ate the second-best potsticker of my life from a storefront in the Bay Area that was no larger than the back of a van - and in my mind afterwards, I wondered if maybe it was a van that shut its doors and drove off like in Raiders of the Lost Ark.)

So it took me a while to make it in, but eventually I did. 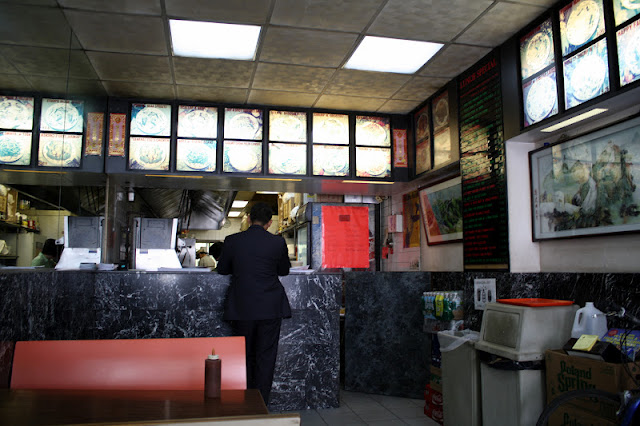 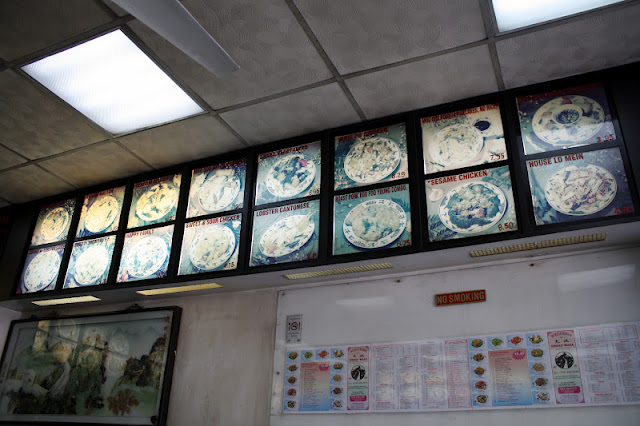 Great Wall appears to do quite a brisk take-out business during lunch time, but it wasn't too crowded inside, so I placed an order for a lunch special and took a seat. 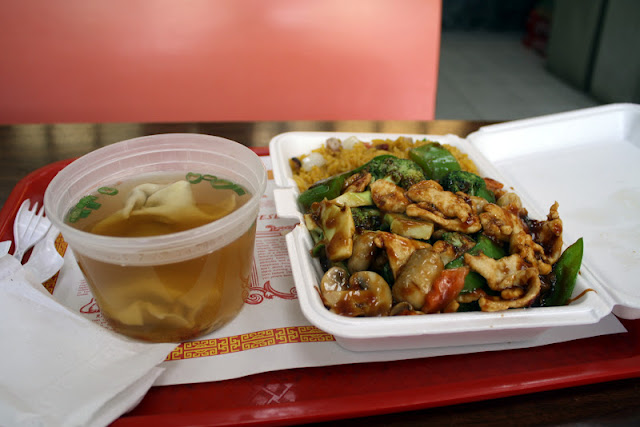 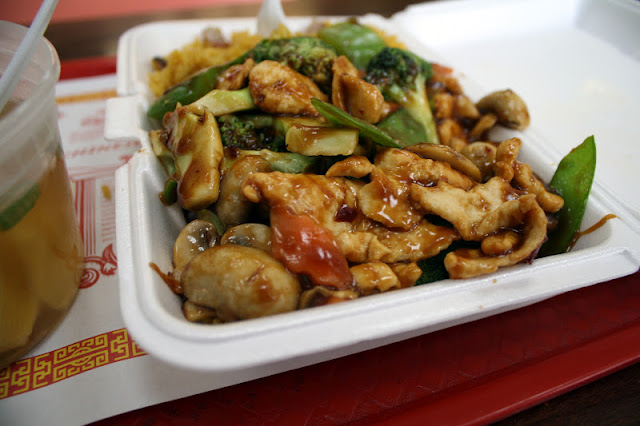 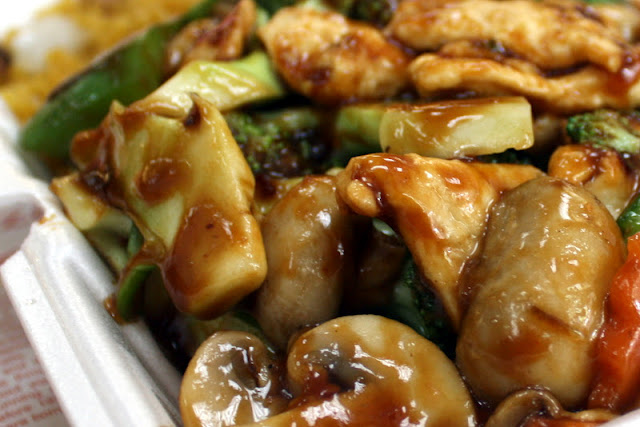 The "chicken with garlic sauce" lunch special - costing just over five dollars - was outstanding. Tender chicken in a spicy, very garlicky sauce with an ample amount of veggies. (Often such "garlic" specials barely taste of garlic.) There was a generous amount of the protein. I've been to a half-dozen Chinese take-out joints since moving to Brooklyn, and this entree was unquestionably the best I have had. 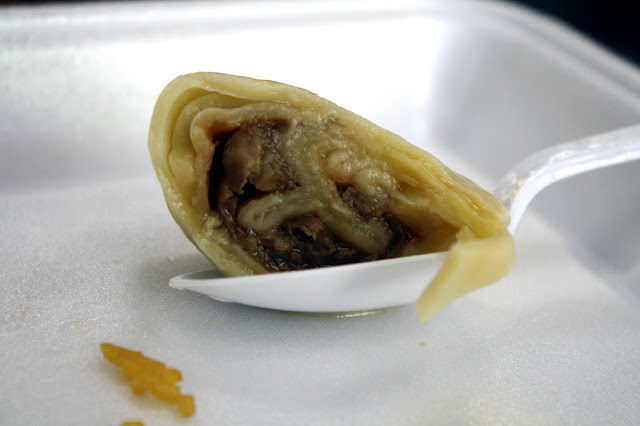 You get your choice of soup or soda with the lunch special and I opted for the former, getting wonton soup. It was average. The wontons were big but on the tough side and devoid of any real flavor. 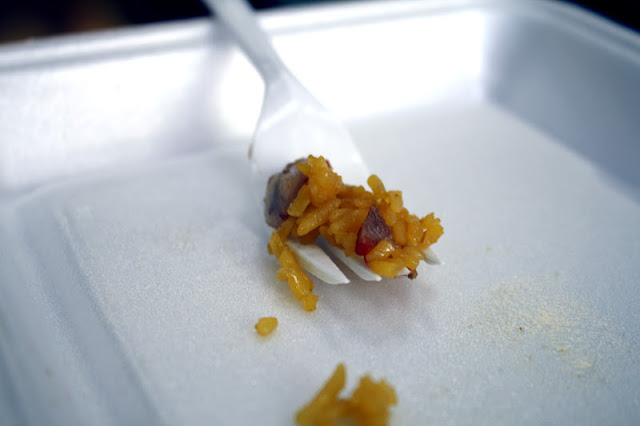 I've never been a pork fried rice fan, but this was pretty good, with big chunks of lean pork. I didn't eat more than two or three forkfuls, but I liked it.

I don't really care about the soup or rice when getting a Chinese lunch special, all I really care about is the main dish, and my garlic chicken was outstanding. So I decided to return to Great Wall a couple of weeks later. 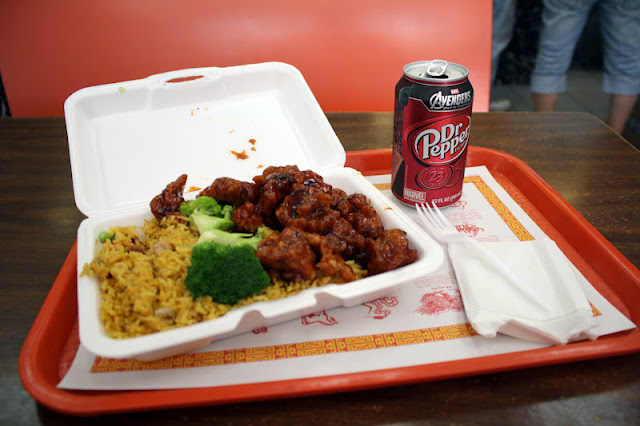 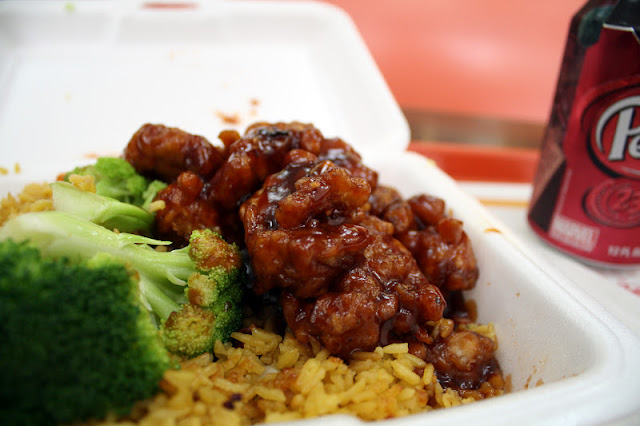 This time I got the General Tso's Chicken lunch special, with a soda. It was not very good. The dark meat chicken was stringy and tough, the batter was overcooked and the sauce was much too sweet. The pork fried rice contained almost no pork this time around.

But I liked the garlic chicken on my first visit so much that I will give Great Wall one more try - probably staying away from the battered and fried chicken dishes - in the future.
Posted by JustinM at 9:31 AM