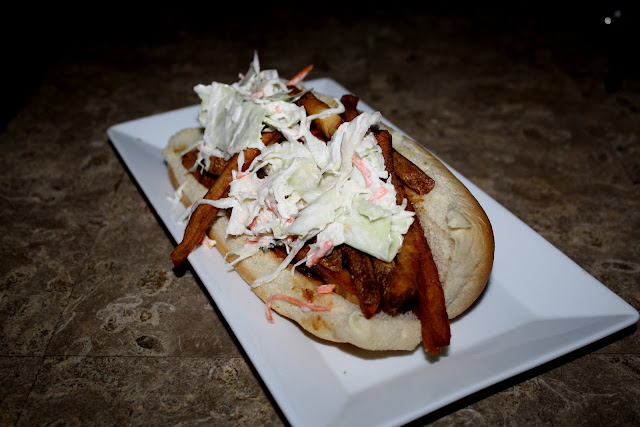 Some time back I saw Michael Symon on The Best Thing I Ever Ate talking about a Polish Boy. The sandwich sounded as simple as it did delicious: a kielabasa in a bun with fries, barbecue sauce, and cole slaw. But unlike a lot of things I see on Food Network, I opted not to make one. It seemed to me the kind of thing that would taste better if eaten in Cleveland.

Then last week I read Scott Raab's The Whore of Akron. Raab is one of my favorite writers working today, but I wasn't a fan of the book: the way a 60 year old man - who by his own admission has not lived in Cleveland in three decades - is devastated by a 25 year-old multi-millionaire deciding that he would rather live in Miami than Cleveland is just creepy. (I love the Angels and Mike Trout is my favorite Angel of the 25 years I have been following them, but if he makes it to free agency and decides he wants to play for another team, it won't ruin my morning, let alone my life.) However, there is one delicious bright spot to the book: the Polish Boy is mentioned in detail.

That settled it, I was making one. 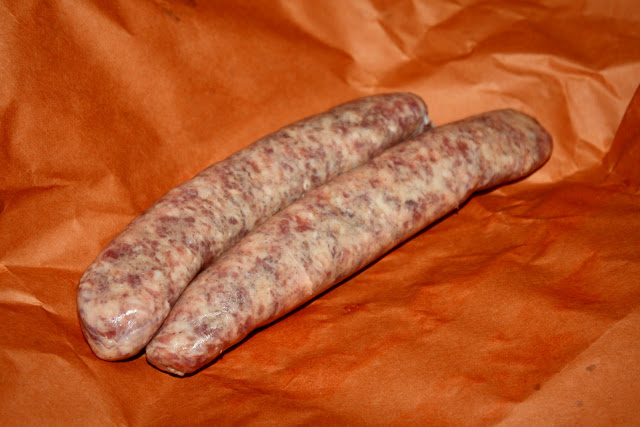 I went to Paisansos in search of kielbasa. They had the already-cooked variety but nothing raw. So I got bratwurst. I don't know enough about the cult of Polish Boys to know if this in an unpardonable transgression - one is a German sausage, one is Polish - but I figured it would be okay. 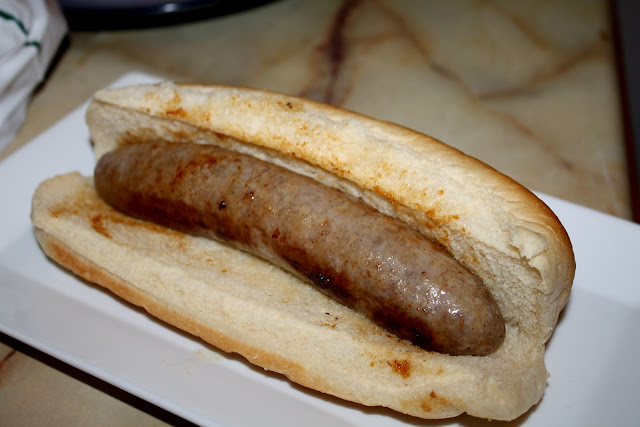 After grilling the brat I placed it in a roll - a "hero roll," the packaging called it. 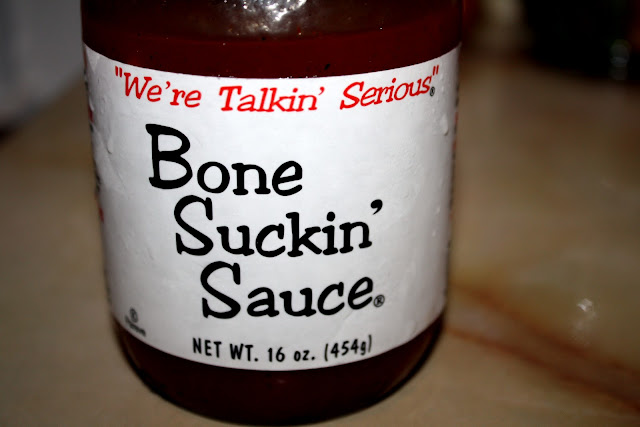 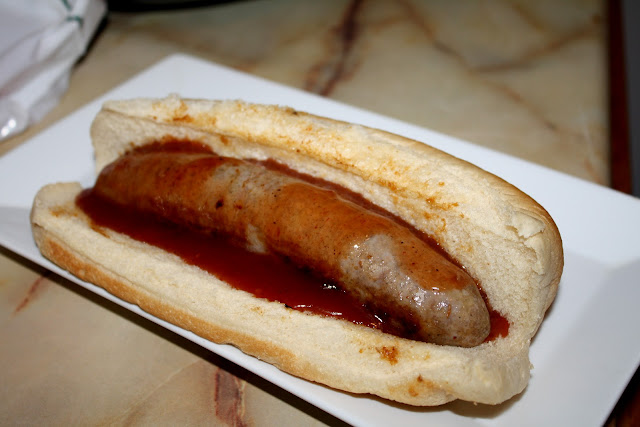 I eschew Bone Suckin' Sauce these days. It's just too sweet for me - even their so-called "spicy" version. I like my barbecue sauce to have some bite to it. But, considering how many other flavors were going to be in play here, I decided a sweet sauce would not be offensive. 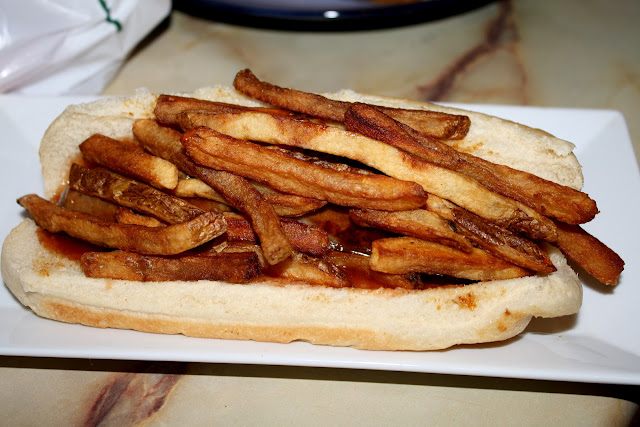 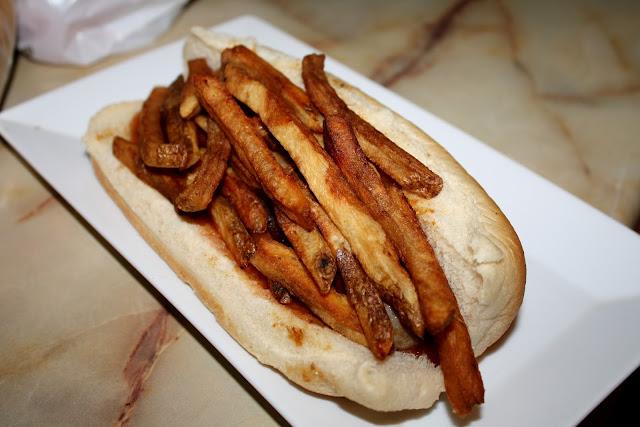 There is a Five Guys one block away from us, but I'm not a fan of Five Guys fries. They are just too limp and oily. But here's the thing: when you reheat them in the oven, they sweat oil and crisp up. Now, normally I have no desire to buy fast food fries then take them home and cook them in the oven. But in this circumstance, since I knew I had to grill the sausage, I did not mind buying the fries ahead of time and reheating them later.

I went by Five Guys in the mid afternoon and ordered a large fries. There were none ready - there actually wasn't anyone else in the whole place - so I had to wait for several minutes for a fresh batch.

"Sorry about the wait," the kid said to me when my order was ready.

"I don't mind," I replied. "I'm not eating them now; I'm making sausage sandwiches tonight and they fries are going on top of the sandwich."

"On top of the sandwich?" he asked.

He whistled and lowered his voice. "Daaaaamn... that sounds good."

A few hours later I blasted the room-temperature fries for less than ten minutes in a 500-degree oven and they firmed up just how I like them.

And then I topped all that with several spoons of slaw. 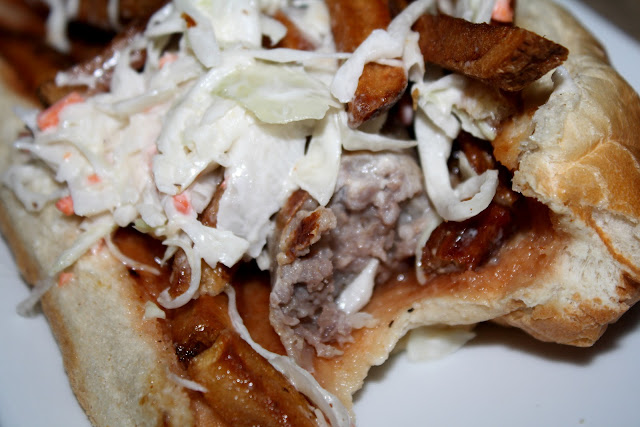 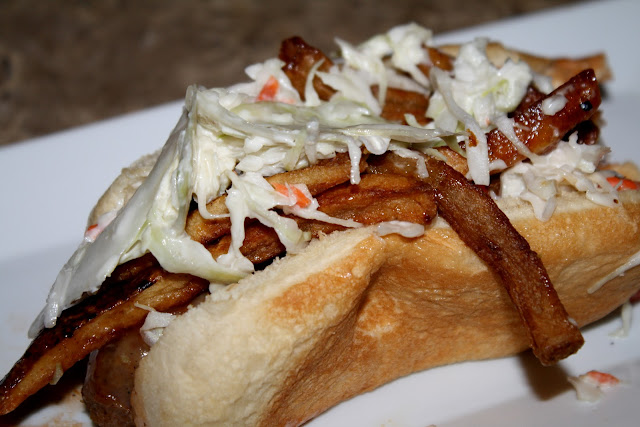 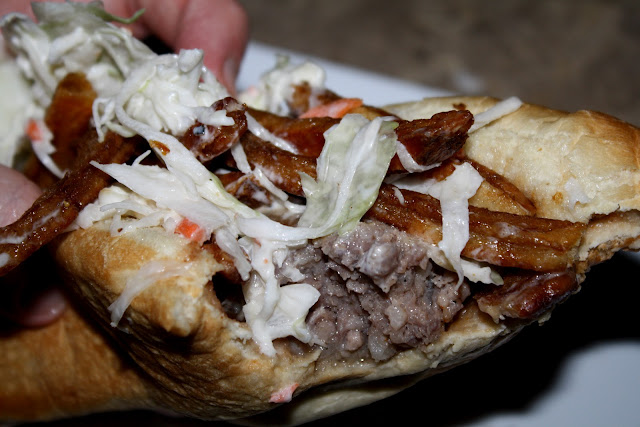 It was great. The hero rolls were incredibly soft, just like the famous Amoroso rolls that make up the best cheesesteaks. The garlicky sausage, sweet sauce, crispy fries and tangy slaw were a fascinating combination of flavors. I don't understand how they worked together. They should not have. But they did. With each bite I liked it more and more. It was gloriously messy, which seemed like the only way it could be. 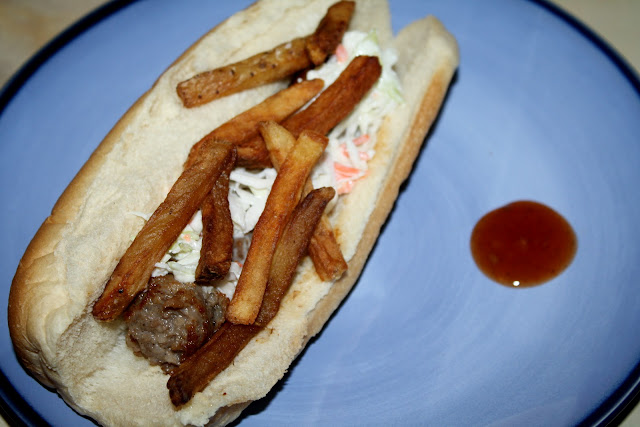 Elizabeth, always more prudent than I, made her Polish Boy much smaller, but she liked it just as much as I did.

I don't think I'll be making these again. They were delicious, but I think a big part of the reason I liked them so much was the fun of throwing all these random things together. If I were to make them again, I just don't see it being as much fun, if that makes sense. However, if I'm ever in Cleveland again, I am definitely getting one.
Posted by JustinM at 10:00 AM

Go to Hot Sauce Williams and get the Polish Girl if you go to Cleveland.

Hit up Seti's Polish Boys at Dean Supply. Best in the city. Also, keilbasa is a must, and the sauce goes over the fries and slaw, not under. Otherwise, glad you enjoyed. Get out to Cleveland, it's too cool of a city not to visit.

Thanks for the tips.