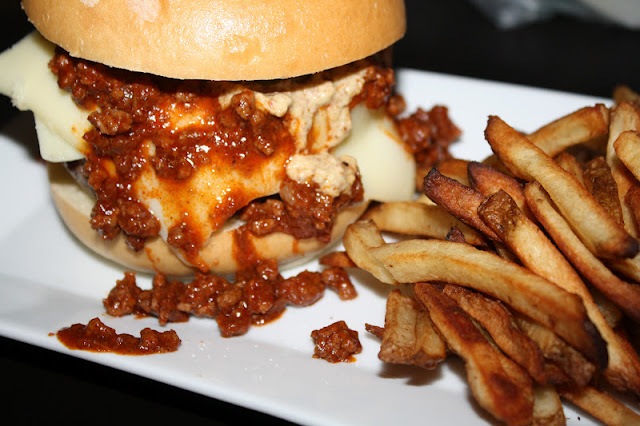 Every once in a while I make a burger at home that is even better than a McDonald's burger. Let me tell you about one of them. 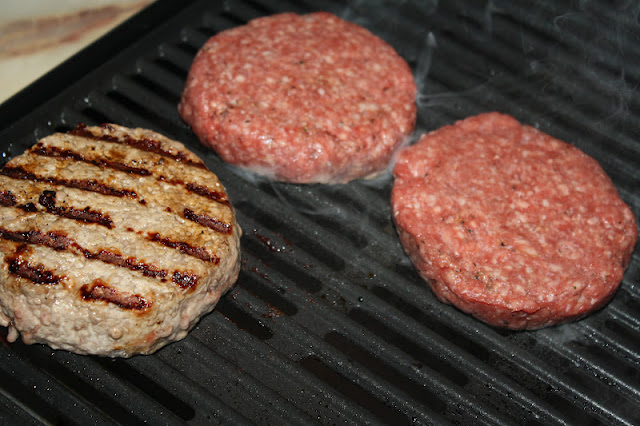 I'm not sure how one would go about making a bad burger from the Paisanos brisket/short rib blend. I suppose it's possible - you could put avocado or some other nasty s**t on it - but I have yet to have one that was anything but fantastic.  I've cooked quite a few of them over the last four months, and at this point I feel comfortable in saying that they are the best pre-made burger patties I have ever tasted.

Can you guess what's going on the photo above? Elizabeth likes her burgers much more well done than I (or her dad, who was having dinner with us) do, so hers goes on the grill several minutes before mine does. 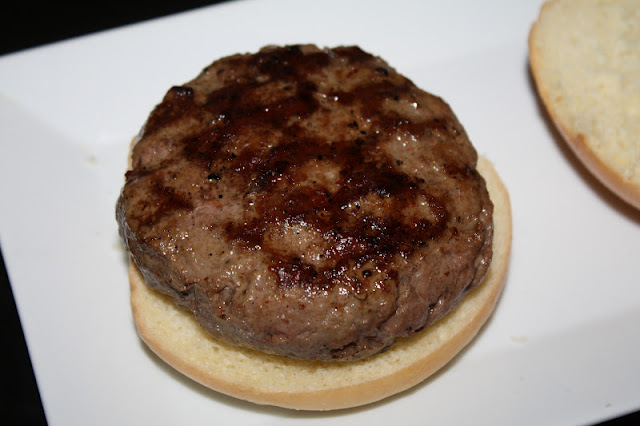 The brioche buns from Caputo's Bake Shop are my burger bun of choice at the moment, so I picked some up for this evening's burgers. I placed two slices of American cheese on my burger and topped it with several spoons of chili. I forgot to take a picture of the chili while it was cooking, so I'll just tell you what I did: one pound of Paisanos ground beef (already cooked and drained of fat) mixed with Sir Kensington's Gourmet Scooping Ketchup, a tiny can of tomato sauce, and chili spices. I let it simmer for about thirty minutes. 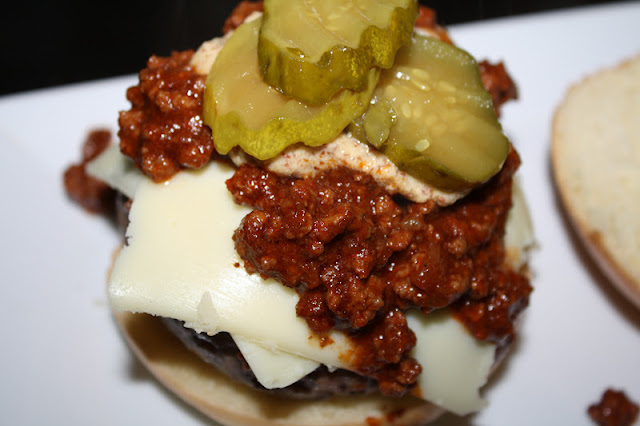 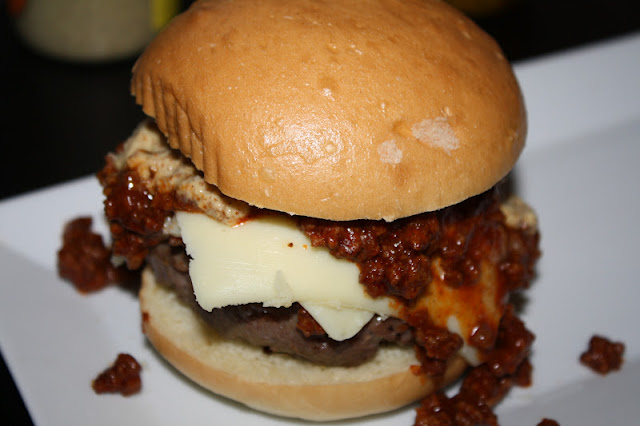 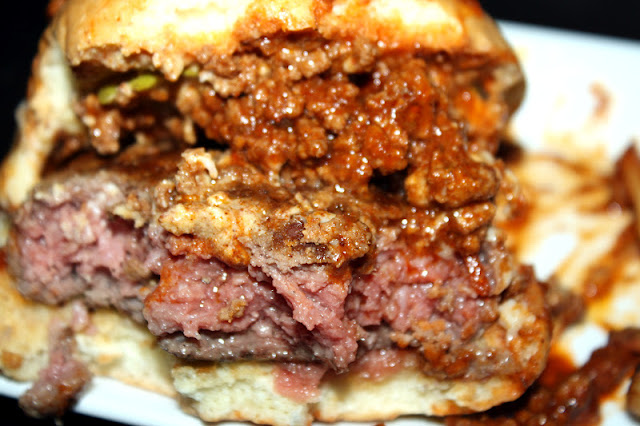 Yep, it was even better than McDonald's. I promise.
Posted by JustinM at 9:00 AM

damn pp you are an artiste

I think I commented on the wrong post but this is one of the ones with avocado bashing and I gotta know why you hate it so.

They're uglier than any other food, including tomatoes, and I hate the way they taste.