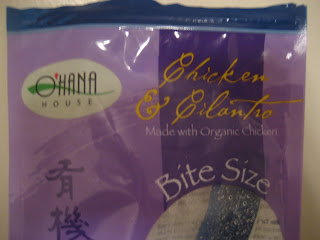 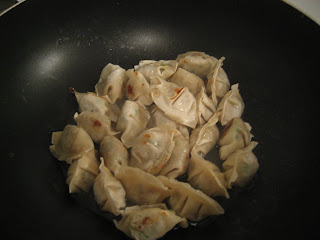 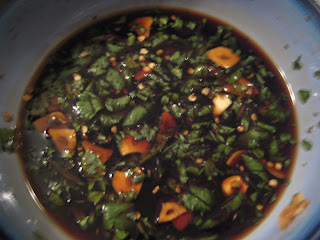 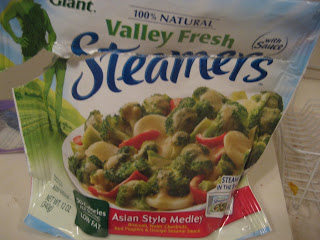 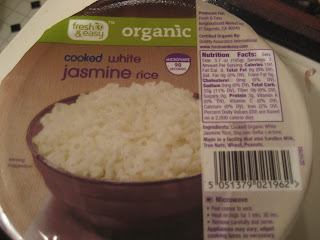 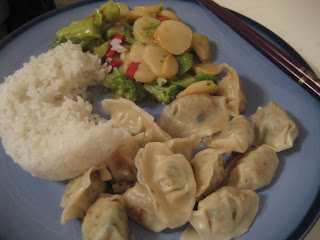 To commemorate Chinese New Year yesterday (it is now the Year of the Ox,) my friend Elizabeth and I decided to have Chinese food last night. But we didn't feel like going out for dinner (I didn't want to miss 24, although, like the first five hours of the season, it turns out I would not have missed a thing. This season should just be called 1, because I have a feeling that's about all the action we're going to get.) So we decided to come as close to making a Chinese meal as we could with what was in the fridge.

This is only the second time I have celebrated this occasion. Years ago, my friend Zach's grandmother took several people out for a Chinese New Year celebration at a Chinese restaurant in Monterey Park. It was a phenomenal meal and as busy as any restaurant I have ever been to. My friend Tom and I were the only white people in the entire restaurant. Ours was the only table with beers on it. (Also, we were the only people who referred to it as "Chinese" New Year; everyone else just called it New Year.)

I had a bag of chicken and cilantro mini dumplings from Whole Foods in the freezer. These are fantastic, and one of the few things that can be considered inexpensive at Whole Foods. For years I held up the "tiny dumplings with hot chili oil" at Yujean Kang's as the ne plus ultra of mini dumplings, but I have to say these are every bit as good. I made up a spicy dipping sauce of soy, sugar, vinegar, garlic, sliced jalapeno, and cilantro to complement the dumplings.

There was also a bag of Green Giant "Steamers" vegetables in an "Asian Style Medley" - broccoli, red peppers, water chestnuts and an orange sesame sauce. The instructions were to cook this in the microwave and it would steam in the bag. There is no other way to say this: it was terrible. The vegetables did not come close to cooking in the instructed time; the water chestnuts were still frozen. I tried cooking it a little longer but I could smell the sauce burning. So I emptied the bag into my wok and tried to finish it there. They ended up a warm-but-not-hot mess of veggies that all tasted the same.

There was also a bowl of microwavable jasmine rice from Fresh & Easy. Unlike the vegetables, this cooked perfectly. I don't remember the last time I had microwaved rice - for some reason I had it in my mind that it wasn't good. But I would gladly eat this again. There was enough in the bowl for both of us to share.

With the exception of the veggies, this was a very good meal. Not as good as the Chinese New Year's meal I had in Monterey Park, of course, but not too shabby considering the stuff was all just lurking in our kitchen. Have a prosperous and good year.