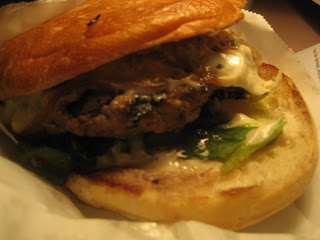 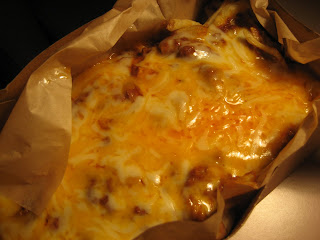 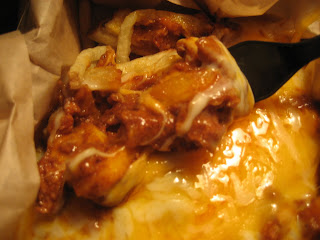 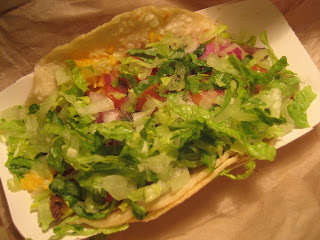 I have been eating at Tops in east Pasadena as long as I can remember. According to their website they started there in 1978, the same year I started life. I doubt I have been eating there that long, but I certainly remember going there as a little kid. My favorite items then were the hot dog and corn dog. Sometimes my parents would take me by there after AYSO games, and sometimes after school my grandmother would take my brother and I there and we would get two large orders of fries, literally the size of a large shoebox. I remember my 5th grade teacher promised to buy our whole class french fries from Tops if I could recite the Presidents in order backwards, which I did. (15 years later I made the same bet with some friends who promised to buy me a beer if I could do it. I failed, forgetting Millard Fillmore.)

I don't eat at Tops very much anymore. I don't think their fries are very good, and their burgers all taste the same. I consider their pastrami sandwich - which most people seem to praise - an unworthy competitor to The Hat, Lucky Boy, or Connal's. Plus their drive-thru line is the least convenient in Pasadena.

But I love their chili fries (even though I don't like their fries; it's strange, I know.) They are probably my favorite in Pasadena. Most of my friends like the chili fries at Lucky Boy, but I think they are terrible. Tommy's can be good, although sometimes their chili tastes like it's full of flour. And Wolfe Burger has gone downhill in the last few years. But Tops' chili fries are always consistent. On New Year's Day I was watching football with my dad when I got a strong craving for some chili fries, so we got food from Tops.

I ordered the Kobe bistro burger. For a fast food burger, it's very good. They put too much herb mayonnaise on it, but the meat and the caramelized onions are great. The chili fries were good as usual. My dad got three carne asada tacos. I took a picture of one. "I don't see any carne," I said. "Yeah," my dad said, "there isn't much. It's mostly lettuce. I don't think I'm going to get these again."

It will probably be another few months before I go to Tops again, but I know I will be back, most likely with a craving for those chili fries.