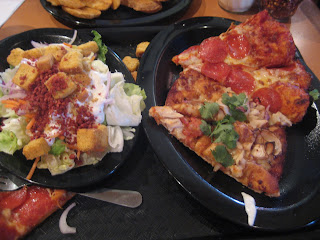 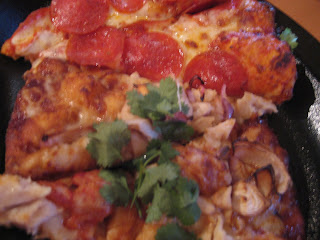 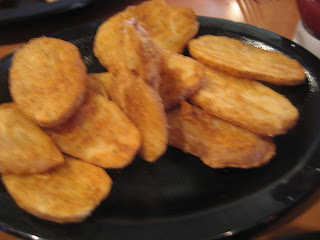 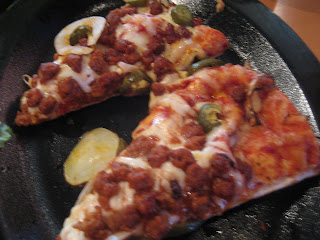 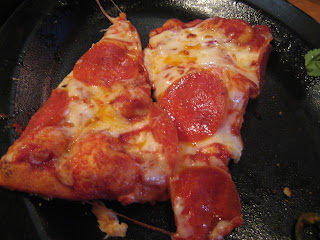 Like anyone who grew up in the Los Angeles area, I have a long history with Shakey's Pizza. Every AYSO soccer team and YMCA basketball team I played on had its team party there. Usually there were several other teams doing the same thing. (I remember once being thrown out of the game room because a teammate of mine named - I kid you not - Michael Jackson was throwing Snappers at a "rival" team.) For years my brother and I would have to go to my mom's classroom on the last weekend of summer and help her get her room ready for the first day of school. As a reward my dad would go pick up as much Shakey's pizza as we wanted for lunch.

In high school there was a Shakey's a few miles from campus. My Junior year I had P.E. right after lunch on Fridays and my friends and I would often ditch it so that we could take a long lunch at Shakey's. (The fact that we were all on the basketball team and the P.E. teacher was also our coach meant there were never any repercussions.) The main draw of Shakey's - although their pizza is decent - is their lunch buffet: all you can eat pizza, salad, mojo potatoes and fried chicken. Back when I was in high school this cost just under $6. (I would eat about a dozen slices of pizza, a salad, and perhaps twenty slices of potato. And I weighed 155 pounds.)

I do not remember going to Shakey's after high school for many years. I probably didn't. A few years ago I was in West Covina - I have no idea why - and I drove past a Shakey's. I was hungry and the idea of eating a lunch buffet sounded great. So I went in. It was completely different from the Shakey's I grew up with - it was light and colorful and looked like a California Pizza Kitchen. But the true sin was not having a lunch buffet anymore. The sign on the wall explained that they wanted to makeover their image into some kind of fast-casual "pizza and grill" restaurant. I walked out in disgust, another piece of my childhood gone, like Cool-A-Coos at Dodger Stadium or reruns of Land of the Lost.

I found out later, however, that not all the Shakey's got rid of their lunch buffets. I filed it away in my mind to return to one eventually. When my buddy Zach called me recently and said he was in the San Gabriel Valley and wanted to go to lunch, I suggested Shakey's. We met at the one in Alhambra.

It was as busy as any restaurant I can remember going to recently. (A couple months ago I went to Philippe's in the evening right before a Dodgers playoff game - that's the only thing I can compare it to.) Apparently more people than Zach and I were in the mood for-all-you-can-eat pizza at a reasonable price. (The total for the two lunches with two sodas was $19.44.)

On my first trip to the buffet I loaded up on a lousy salad of lettuce, carrots, red onions and blue cheese. I got two slices of pepperoni pizza and two slices of chicken. The pizza wasn't great. I assumed that with so many people there the pizza would be fresher, but it tasted like it had been sitting out for a while. It was still good, though. Zach got a high plate of mojo potatoes for us to share. (The slice in the lower left corner of my tray is one a little girl knocked off my plate onto the ground while she was trying to put dressing on her salad. I just put it on my tray. I would not eat food off the floor of this Shakey's for $1000.)

On my second trip to the buffet I was hoping for some more pepperoni, but all they had was sausage and jalapeno. It looked like there were a couple pizzas ready to be sliced, but the girl was arguing with a guy who wanted her to give him two pitchers of beer at once, which she wouldn't do. (His reason? "I'm an alcoholic!" Seriously. I couldn't make that up.) This pizza was pretty good, better than the first round. It filled me up, but when I got up to get another soda I saw that they had just put out a couple new pepperoni pizzas. So I went and got two slices. Why not? This was the pizza I had come for: crisp, greasy, and covered with cheese.

I doubt I will ever eat at Shakey's again, but it was great to be back there with one of my friends from high school. It's always fun to relive those old things that you once loved - if only to wonder what you were thinking back then.

I enjoyed reading your blog post, a few days ago we had a snack at Shakeys.