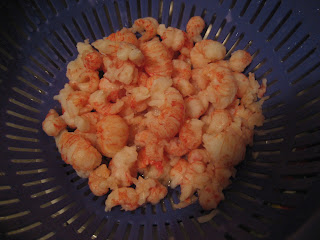 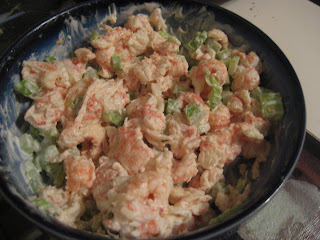 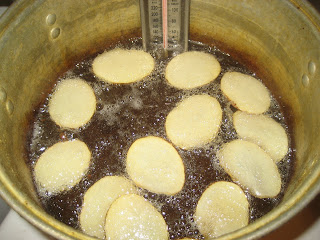 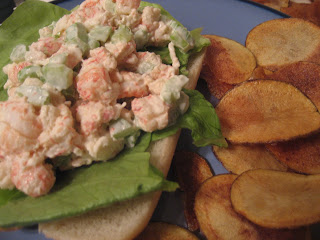 There are very, very few foods I love more than a lobster roll. The only two I can say for sure are pulled pork sandwiches and boneless buffalo wings. Even a good slice of New York pizza doesn't make my mouth water like a perfect lobster roll. Of course, I have never had a "perfect" lobster roll in California. And I'm not holding my breath.

Years ago, my friend Maya and I had lunch in late July on a deck overlooking the water in Portsmouth, New Hampshire. I had a lobster roll with lobster that had probably been in the ocean a few hours earlier. I finished every tiny bit of butter-soaked lobster on my plate. I could have eaten five of those rolls. Any list of the top meals of my life would have to include that one.

In California, there have been precious few lobster rolls that were better than average. I had one at Spitfire Saloon last month that I called "outstanding," although in retrospect I was a little too effusive in my praise. I may have given it too much credit for simply not being bad. (By the same token, however, I may judge California lobster rolls too harshly, since it's unlikely that any will ever live up to the ones I have had overlooking the water on the East Coast.)

Lobster rolls and lobster meat, of course, are much more expensive here than they are back east. I think a pound of quality lobster meat at Bristol Farms costs 55 dollars. That's not in my budget for anything but the most special of occasions. Last Valentine's Day I bought two Australian lobster tails at Fish King that were fantastic, but they were also expensive. (But I was making a nice dinner for me and my dog, so I figured why not?)

At Trader Joe's, however, they have bags of langostino that only cost $8.99. Langostino isn't actually a lobster - it's meat from a "squat lobster," which, in addition to having a fantastic name, is more closely related to a crab - but it tastes very similar. When places like Rubio's advertise "lobster" burritos or tacos, they use langostino meat. (A few years ago there was a class-action lawsuit against them for this; apparently people were surprised that $6 burritos weren't full of actual lobster meat.)

The other night my friend and I were in the mood for lobster rolls, and we decided to make them with TJ's langostino. I defrosted the bag and mixed the meat in a bowl with chopped celery, mayonnaise, and lemon juice, then put it on a hot dog bun with butter lettuce. I fried up some homemade potato chips (the perfect accompaniment to many things, but none more so than lobster rolls.)

Did it come close to any of the lobster rolls I have had back east? Of course not. But it was delicious, and the whole meal for the two of us cost around ten dollars.
Posted by JustinM at 2:48 PM

will you marry me?! My favorite foods are any type of shellfish, french dips, and hot wings ;)

Yum, this sounds so good. I just bought a bag this weekend and ate them with lemon juice and sea salt atop an avocado salad. I was looking for other ideas and came across you post. Can't wait to try this recipe.

You have a blog about dates gone horribly wrong, and yet you propose to me via a blog comment? Hmm. What could possibly go wrong?

(I'm only kidding with you. Your blog is very funny stuff. Thanks for the comment. Something else that I really like the langostino on is nachos with grilled corn and lots of cilantro.)

Ha, yes - I was kidding of course. I am clearly not fit for dating. I am actually from La Canada, small world! Great blog.

Your blog is great, too. The question asking if you had a dog who pooped in your tub made me literally laugh out loud, which is something I rarely do when I'm reading.

Awesome posting on lobster rolls! Nothing like doing it in Maine but yes, you are way out there in Cali. $10 and a trip to TJ's sounds way better!

In case you didn't know already, there is a food truck in Los Angeles that sells authentic New England style Lobster and crab rolls. The lobster and the rolls are flown in a few times a week from the New England area. They are as authentic as can be. Check out LOBSTATRUCK.COM
I have to connection to them other than a regular customer.
DLARIJANI@GMAIL.com