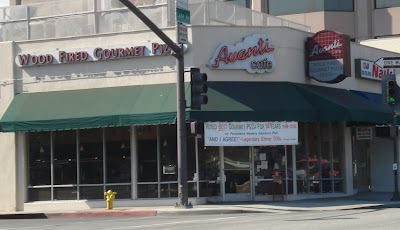 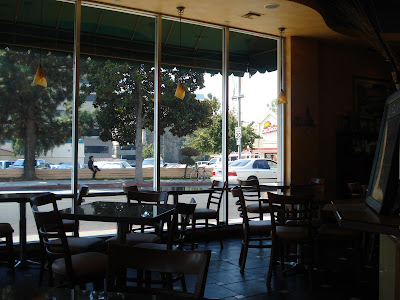 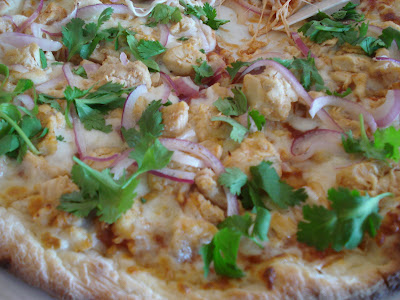 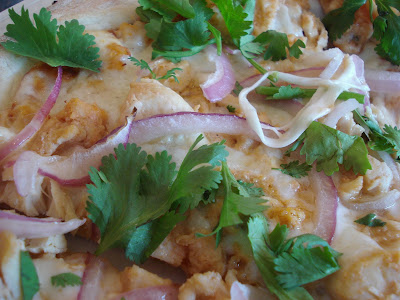 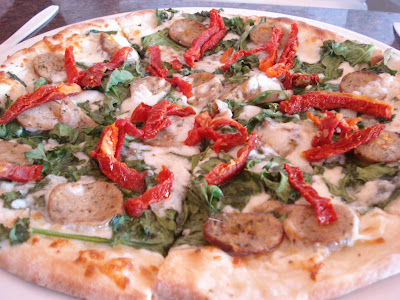 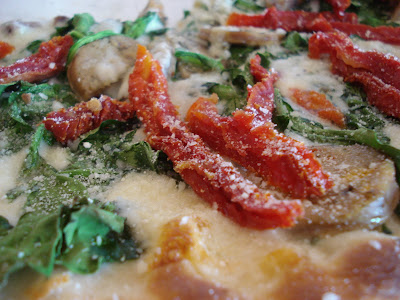 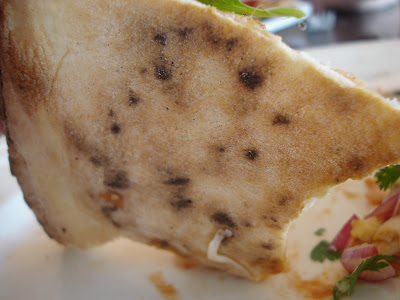 Avanti Cafe has been around for about two decades. When I was younger I enjoyed it because it had two of my favorite things: fried cheese and barbecue chicken pizza. I certainly preferred Crocodile Cafe and California Pizza Kitchen, but if my family was going out to dinner and they said it was going to be at Avanti, I never complained. (Unlike meals at Cask & Cleaver, Restaurant Lozano, or a host of other places that I'm sure I never gave a fair chance because they didn't serve fried cheese.)

Up until yesterday, however, I can only remember eating at Avanti once in my adult life. It's not in a very convenient location, on the corner of Lake and Union, and the parking can be terrible. Most of the time when I an considering a dining location, I simply do not even think of Avanti. For most of my 20s the bulk of my meals in Pasadena were eaten in Old Town, and lately my tastes are more for Asian cuisines and barbecue, or places on Lake Ave with outdoor seating (Wolfe Burgers, Crocodile Cafe, Celestino, etc.)

But yesterday I met a friend for lunch on Lake Ave and we were trying to decide where to go. I suggested Big Mama's Rib Shack or Avanti, and she enthusiastically said "Avanti!" This was on the early side, about 11:45, and we were able to get a parking space in their tiny lot. We walked in and looked at the menu on the counter. (In my memory there was always table service, but now you order at the counter, pay at the register, and they bring the food to you when it's ready.)

There was a nice-looking lunch special: a plate of pasta salad and a slice of pizza for $6.50. But I'm very picky about pasta salad, it's not my favorite, and at any rate I wanted more than one slice of pizza. I decided to order a small "Chicken Magnifico" pizza - barbecue sauce, chicken, cilantro and Bermuda onions. My friend said that sounded really good to her, so I suggested she get a pizza as well and we trade some slices. She ordered a small "Duck Sausage" pizza, with sun-dried tomatoes and spinach.

It took about 15 minutes for the pizzas to arrive. The first thing I noticed was the size. The small size of each pie cost about $10, in line with the prices at places like Crocodile or CPK. But these were a little bit larger. I pulled off one piece of my pizza and the sauce burned my fingers. Nothing wrong with that, I thought to myself. I immediately recognized upon my first bite that the toppings were fresh, but what blew my mind was the crust.

This was almost the perfect crust. It was the kind you get in really good pizzerias in New York - firm enough to hold all the toppings in place but just pliable enough to fold if you are so inclined. I do not remember the last time I had a pizza crust this good in the San Gabriel Valley. The toppings on the barbecue chicken pizza at The Croc are fantastic, but they always slide off the flimsy crust into an annoying mess on the plate. I like the variety of pizza at CPK, but their sorry crust is always a disappoinment. With a crust like this I believe they would be one of the best restaurant chains in the country.

My friend's pizza was very good, too. The sausage wasn't anything spectacular, though still good, but what I liked most about it was the spinach. Sometimes spinach is overcooked to the point that you taste nothing but the water that makes up most of it. But the flavor of the spinach was prominent. (I liked spinach when I was a kid because I thought it would make me strong like Popeye. Then I became a teenager and realized it was healthy and stopped eating it, but in the last few years it has become one of my favorite vegetables.)

By the time we finished the place was filling up. Most people seemed to have the aforementioned lunch special, and their pastas looked good, but I was very content with my lunch. I am positive I will be going back soon. Elizabeth moved out here a year and a half ago after spending the first 28 years of her life in New York, and she understandably is disappointed with many of the pizzas she has had here in California. I am looking forward to getting her opinion of Avanti.
Posted by JustinM at 8:54 AM

Do you get in troulbe for revealing your "friends age?"

The pizzas look fantastic. I bet they tasted even better.