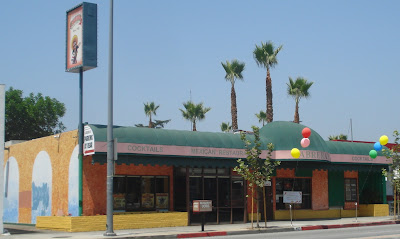 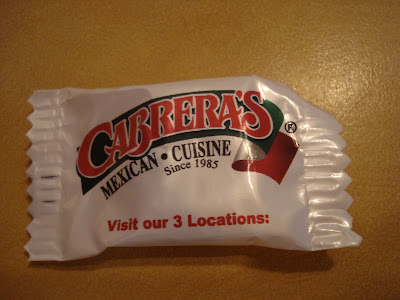 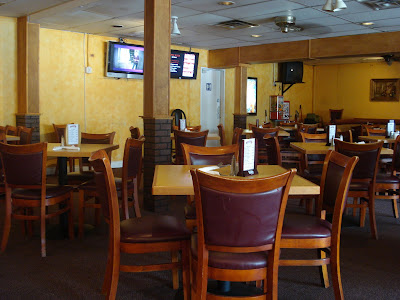 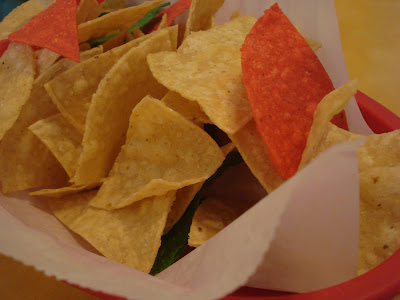 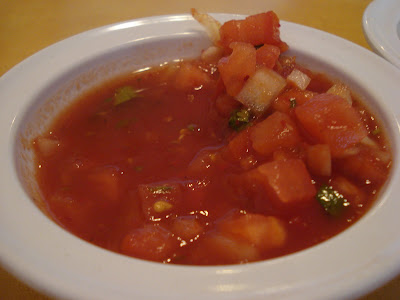 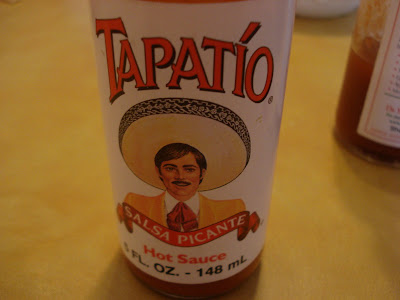 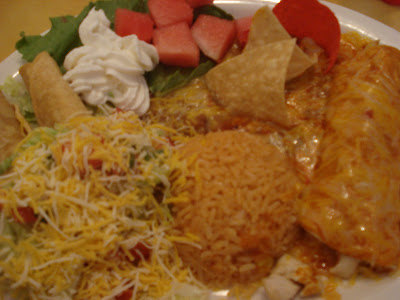 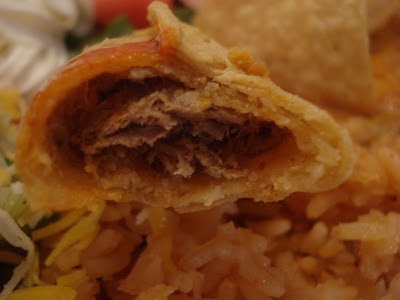 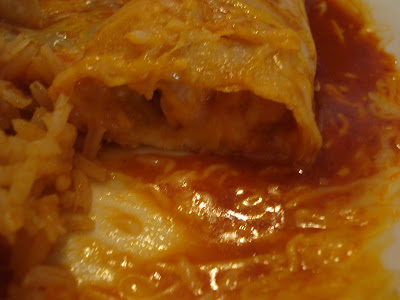 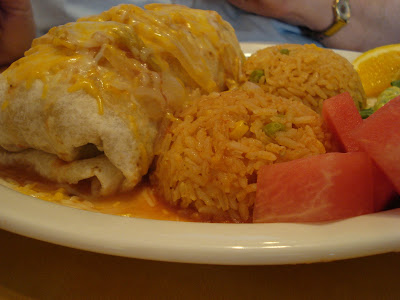 A dozen years ago I was in Mexico for the Baja 500. I was on the support team for a truck racing in the Protruck class. The morning of the race I was starving. (I'd had too many cervezas the night before; I was 18 and invincible.) But I was too busy to eat before the race. At the first stop my cousin and I made, to drop off some gasoline about 35 miles up in the mountains, a Mexican family was cooking up some food at a little stand. I had a paper plate with chorizo, some fried potatoes, and some chilaquiles that were probably one of the ten best things I have ever eaten. The plate cost me just under two dollars. Would it still have been the best Mexican food I've ever had if I hadn't been sitting in the bed of a Dodge Ram on a gorgeus June morning, listening to Lyle Lovett's The Road to Ensenada, waiting for Ivan Stewart to drive by? Yes, it would have.

I have had Mexican food dozens of times since then, but nothing has come close to being as enjoyable. I lived for a year a couple blocks from the original El Cholo and my friends and I had many dinners there, and they were all fun, but not as good as that meal in Baja. My brother loves Mexican food and we have been to many Mexican restaurants over the years, but the places he loves are not my favorites.

I have heard about Cabrera's for years but never been. Some people I know rave about the lunch buffet, and one of my friends who lives up at the top of Lake Ave. goes there frequently for happy hour. My mom is volunteering just two blocks from Cabrera's, so the other day when I ran an errand for her we decided to go to lunch there.

When we walked in we were the only people there, but I liked it immediately. It's a big room with oversize booths and a couple of flat screen TVs on the wall. There were only a couple girls working but they were both very friendly. After we had only been there a few minutes the place started filling up. There is no longer a lunch buffet, and two of the people who came in expressed their disappointment. Apparently it was removed just a couple weeks ago.

Their chips and salsa were not good. The chips were not fresh and the salsa had no flavor. I requested a bottle of Tapatio and used that instead of salsa, which helped. I was considering just getting queso fundido with chorizo for my lunch but decided to go with a more traditional route: a combination with taquitos and a chicken enchilada. My mom ordered the roasted pork burrito.

The food arrived pretty quickly. My plate was massive: in addition to my two entrees I got watermelon, rice, beans, and a mound of cheese and guacamole. The taquitos, once I scraped off the guacamole, were fantastic, some of the best I have ever had. The enchilada was incredibly gooey. There wasn't a lot of chicken but it was still good. No better or worse than I was expecting. By the time I finished eating my plate didn't look much different, there was still a tremendous amount of food on it.

My mom's burrito was great. It was only slightly smaller than a football. I took a large bite; the pork was better than either of my entrees. She was only able to eat less than half of it before she was full.

The service was outstanding. I can see why people like this place so much. I don't think I will ever eat lunch or dinner here again. I'm just not crazy about this kind of Mexican food. But I can definitely see myself coming back and trying their happy hour. Having a couple of their appetizers with some cold beers sounds like a good plan.
Posted by JustinM at 11:21 AM

Gosh darn it! Nothing ruins my Mexican Food experience more than having crappy chips and salsa! Makes me want to get up and leave before I even order.

Totally, Melissa. Although I'm not as passionate about it as you, apparently, it's annoying to get a basket of chips left over from the night before. Ye Gods, just thinking what some strangers might have done to those chips. (Or worse yet, my friends, if they had been at Cabrera's.)