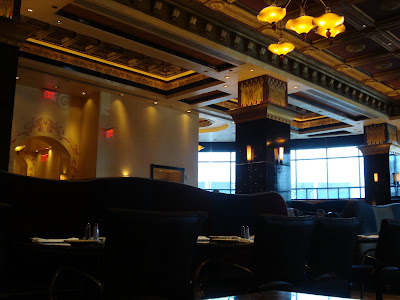 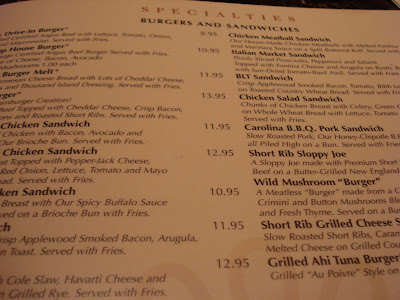 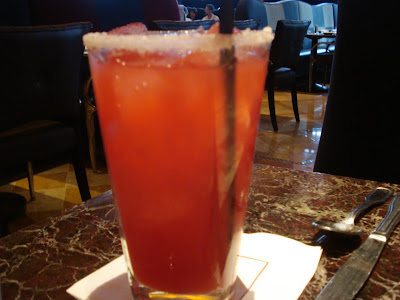 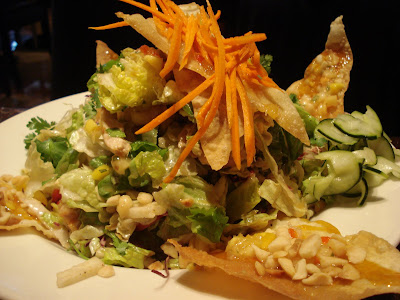 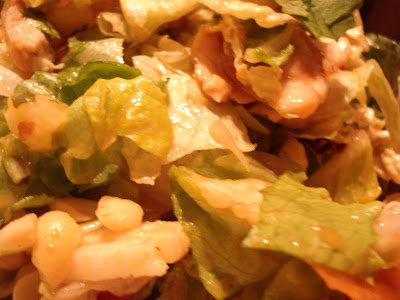 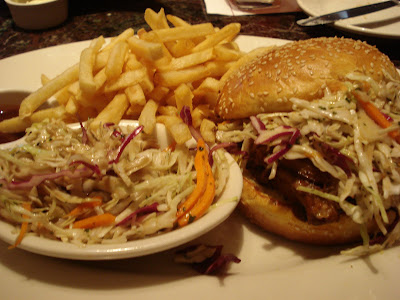 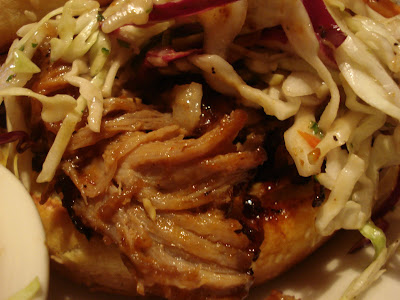 Grand Lux Cafe is a restaurant chain developed by The Cheesecake Factory, originally for the Venetian Hotel in Las Vegas. So I admit I am going to be biased against it. I am not a big fan of Vegas, I am not a big fan of chain restaurants, and I do not like Cheesecake Factory very much. There was a time when I did, but then again there was a time when I desperately wanted a ferret. (Although that was when I was 5 and I thought The Beastmaster was the greatest movie of all time. I also wanted a panther until I learned that Ruh was really just a tiger they painted black.)

My last meal at Cheesecake Factory was many years ago - and that's only because my friend Miriam wanted to go… and we had a $50 gift card...

I went to the Grand Lux in the Venetian about four years ago and, although I didn't love it, I thought it was better than Cheesecake. I ate at a couple other chains on that trip - ESPN Zone and Jimmy Buffet's Margaritaville - and I much preferred them. They weren't great but they didn't pretend to be. (Certainly none of them lived up to my meal at Todd English's Olives, on the patio overlooking the Bellagio Lake.)

Just like Cheesecake Factory, Grand Lux has a large menu, although, unlike Cheesecake's, it isn't littered with advertisements. Elizabeth was trying to decide between an ahi tuna salad and something called a "Polynesian" salad. I suggested she go with the latter, since she frequently orders ahi salads but I don't ever remember a Polynesian salad. I was torn between a "Carolina BBQ pork sandwich" and a "Short rib grilled cheese sandwich." I asked the waiter his opinion. His answer was refreshingly blunt.


"Don't ever get the short rib grilled cheese."
"Why not?" I asked.
"Because it sounds good but the butter, short rib and melted cheese turn it into a giant grease bomb."

I did not point out to him that was a pretty good selling point or that in the last week I had eaten not one but two burritos in which the main ingredient was french fries. Still I ordered the pork sandwich. I love a pulled pork sandwich and throwing the word "Carolina" into its description is always a plus. I wondered whether I should put the sandwich in this blog or the barbecue blog. (As you will see, the sandwich turned out to have nothing in common with Carolina or barbecue.)

Our food arrived surprisingly quickly, considering the number of people in the restaurant. Liz's salad was enormous. It was about twelve inches across and piled eight inches high. Her reaction was simple: "This is the largest salad I have ever been served." It was really good, though. I had a couple bites. I expected that the apricot-pineapple vinaigrette was going to be over-the-top, but it was actually perfectly subtle. She ate a fair amount of the salad, but the portion we took home with us was still larger than most salads you are served in restaurants.

From the first glance I knew my sandwich was going to be a disappointment. There was hardly any pork visible under the mountain of cole slaw. The slaw was actually very good, but there was about twice as much of it as there was pork (and that's not even counting the side of slaw that came with the sandwich.) And the pork was riddled with fat: giant pieces the size of a dime. I pulled the sandwich apart and removed the big pieces of fat, which of course made the sandwich even smaller. The pork that was left was outstanding. It wasn't barbecued, it was roasted - although to their credit it says that on the menu - and it was delicious. Unfortunately there just wasn't much of it.

I have to say I don't really see any difference between Grand Lux Cafe and Cheesecake Factory. The service is very good. The choice of menu items is immense. But the quality of the food just isn't in line with the prices or the atmosphere. I am sure at some point in my life I will eat at Cheesecake again, but I don't see any reason that I would ever return to Grand Lux.
Posted by JustinM at 9:48 AM

Sooo expensive! Any chicken sandwich that costs $13 better have been made from a chicken that was just killed and feathered in the back!
Which brings me to a question.. how much do you figure you spend eating out/in per week or month? I assume that the "normal" grocery/food bill for one person is anywhere from $75 - $150 (depending on where you live). Do you somehow manage to fit in there?

Do you mean $75-$150 per month? No, my food spending does not fall within that range. Food is one of my favorite things in life and writing about food is probably my favorite hobby at the moment, other than watching sports. I don't do drugs, I rarely buy new clothes, and I don't go out anywhere near as much as I used to. So I would imagine I spend more on food than average.

Why didn't you eat at the Farmer's Market one block away?
You know you still like Beastmaster.

Unfortunately, I don't. Beastmaster 2: Through the Portal of Time is probably the worst movie idea ever. It retroactively destroyed my enjoyment of the original. Watching Dar walk around modern Los Angeles was worse than watching Daniel-san get his ass kicked all over Okinawa

Yeah, sequels can be bad. I just came across this article:

Funny enough, Murph and I were just talking about "Open Water 2" the other evening. We both tried to watch it independent of each other and both turned it off because it is atrocious.