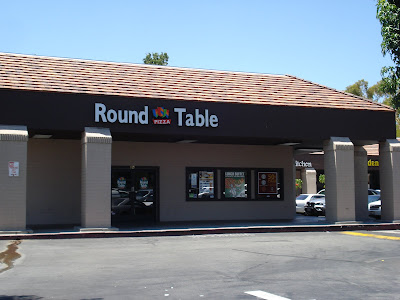 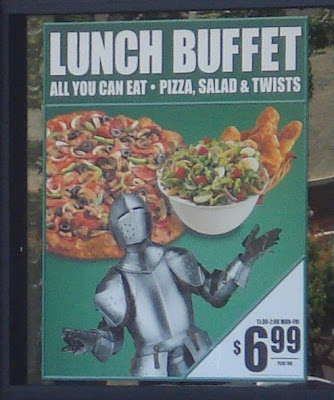 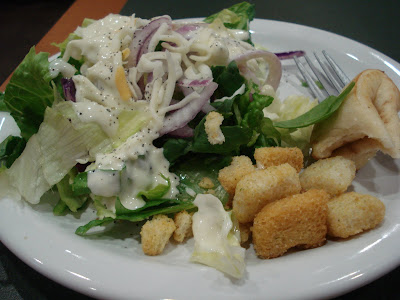 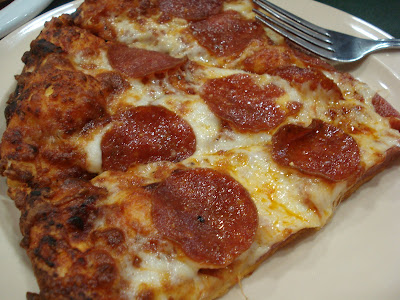 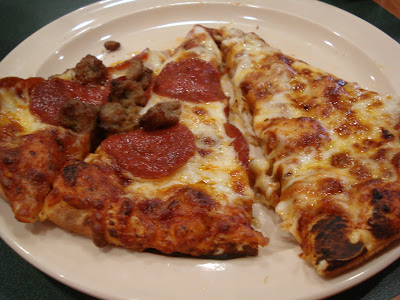 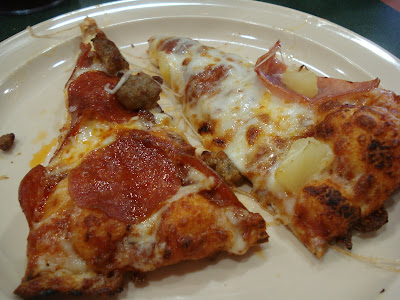 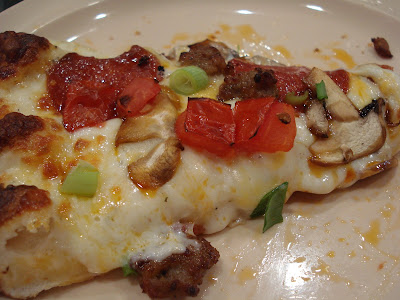 I have always liked Round Table, and, when I was young, I thought it was great. This was before I'd eaten New York Pizza, of course, and probably before I'd figured out that Domino's and Pizza Hut aren't good. (I used to eat those with a disturbing amount of frequency.) Round Table always felt like a step up from Domino's, although it was rare I ever eat anywhere besides King Arthur's when I was a kid.

In junior high and high school, there was a Round Table a block away from my school, and I often would go there during the couple hours between school and basketball practice. Sometimes my friends and I shared a pizza but usually we would just play pinball and drink soda, and occasionally get in fights with kids from other schools who hung out at Round Table to roll dice and smoke cigarettes.

My best friend from high school worked at a Round Table in San Jose when he was in college and I would go up and visit him a couple times a year. After he finished work he would make us the largest pizza he could without getting in trouble with his boss. Sometimes these pizzas had enough pepperoni to cover the entire table. That and a pitcher of beer would cost him about 5 bucks, always a good deal.

I have not eaten at Round Table in several years, though. With places like Mamma's and Nonna in South Pasadena, I never have any need to eat Round Table, not to mention the fact that I love making my own pizzas in the oven with Fresh & Easy dough. But I was at Vons next door and I was hungry, so I thought I should give Round Table's $6.99 buffet a try.

I paid the cashier and took a plate. There was only one pizza out, pepperoni, so I grabbed three slices of that and made myself a salad. Neither of these were particularly good. I wasn't expecting much out of a buffet salad bar, but the pizza tasted like it had been sitting out for quite a while, which is definitely possible. The last time I was at Shakey's, the place was packed and they kept putting out new pizzas every couple minutes. Round Table was not very busy at all, so there was no need to.

After I ate those three slices I went back to the bar. There were two new pizzas: sausage and pepperoni, and cheese, so I grabbed two of the former and one of the latter. These were much better. The sausage and pepperoni was the pizza I have always liked from Round Table: hot, crispy, and a little bit spicy. The cheese was fresh but bland; with a few shakes of the red pepper flakes it tasted better but not great.

I made another trip. They had put out a pizza with Canadian bacon and pineapple so I took a piece of that and another piece of the sausage and pepperoni, both good. I didn't really need to eat these but I was trying to lower my cost-per-slice. I was quite full after eating both of these, but when I went to get a refill on my Pepsi I saw they had put out a supreme pizza as well, so I took a slice of that. I don't like tomatoes or mushrooms but I still took the slice. It was fresh, but I am not a big fan of pizzas that have so many toppings. Too much going on.

I finished that slice and sat there for a moment to contemplate the lunch. It wasn't bad but it wasn't anything special. I don't think I will be eating here again. It was a good deal, though. For under $10 I had three glasses of Diet Pepsi, a salad, and nine slices of pizza. So I didn't have to eat again for a long time. Almost three hours.
Posted by JustinM at 10:59 AM

Roundtable is toward the bottom of my list of chain/franchise pizza joints.

The salad was, well, salad bar salad. The only other thing I had was a bread stick, and it was terrible.

round table is the best pizza i have ever had in my entire life!