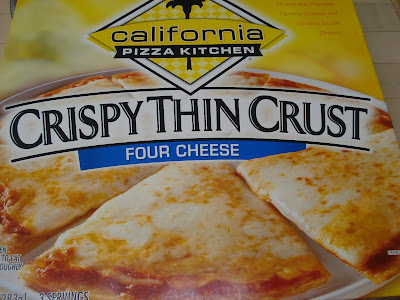 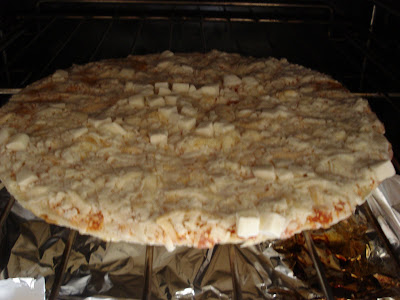 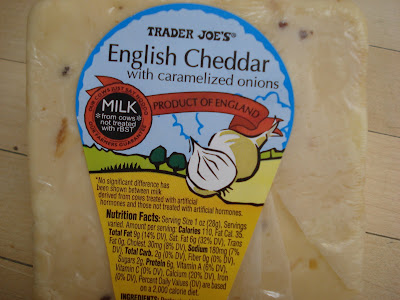 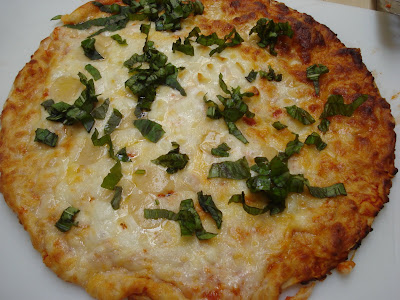 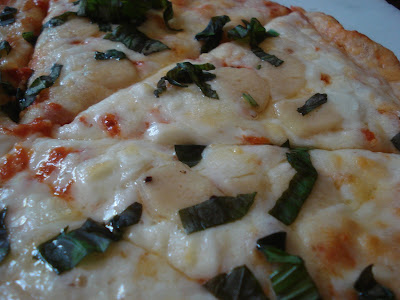 When I was a kid I absolutely loved frozen pizza. I doubt I am alone with that. Celeste frozen pizzas were often in the freezer, along with a forgotten brand of small pizzas that came several to a pack. Whenever my brother and I spent the night at our grandmother's house we would cook a Chicago Brothers deep dish pepperoni pizza, which was probably my favorite, although I haven't seen them around for 20 years. I also liked Tombstone, although the crust never got fully cooked by the time the toppings started to burn.

Then, like many, many other foods, when I got into my teens I realized frozen pizza just isn't that good. Even with the rise of pizzas like DiGiorno and Freschetta, who claim to make frozen pizzas with crust like pizzerias, none of them can compete to pizza made with fresh dough. Despite really liking California Pizza Kitchen, I never thought their frozen pizzas were anything special, and they always seemed overpriced. I do like Trader Joe's frozen pizzas, but I would never confuse them with pizzeria pizza.

A few years ago, at the CPK in Santa Monica, I tried one of their thin crust pizzas - the Sicilian - and thought it was very good. They now make the thin crust pizzas in a frozen variety. I decided to eat one a couple days ago, the "four cheese" variety. I once read that a good way to improve frozen pizza is to add some fresh cheese to it. The simple brilliance of this amazed me. Now, whenever I cook a frozen pizza I make sure to add a fresh ingredient, sometimes several.

I had followed the instructions "for a crispier crust," but it was not. Not even close. The toppings were pretty good, although the fontina cheese was dominant. If I had known it was going to be that strong I would have added more than the approximate ounce of cheddar that I did. I also wished I'd added more basil. Overall, though, the toppings were a higher quality than I was expecting. But the soggy, floppy crust was too much to overcome. I don't plan to eat one of these again, I will just stick with the less expensive and much better Trader Joe's pizzas from now on.
Posted by JustinM at 10:36 AM

I guess it is a good thing that the Four Cheese CPK pizza disappeared from my freezer or I might have had the same experience. I only wonder where it went.

I'm pretty sure I just got caught.

If you're going to steal pizzas from someone's freezer, make sure they don't know about your blog. Perhaps this is not along the lines of "don't hit people" or "never ask a woman her age," but it is still good advice.