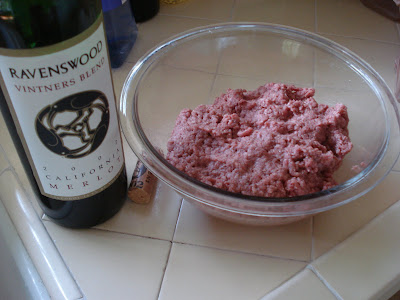 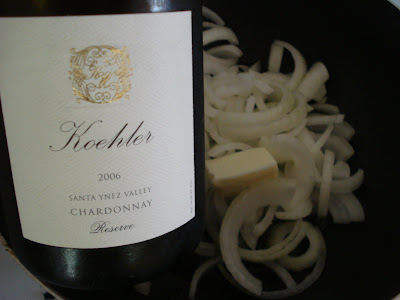 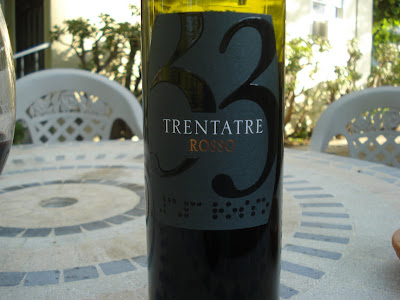 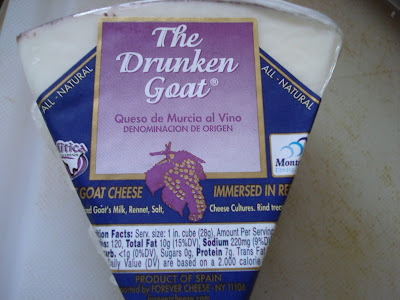 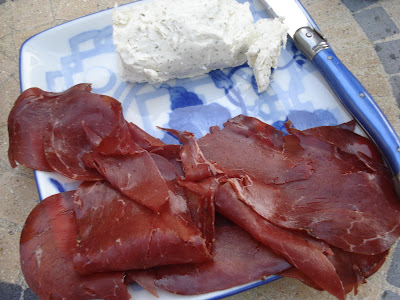 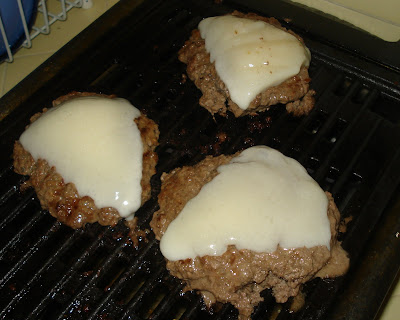 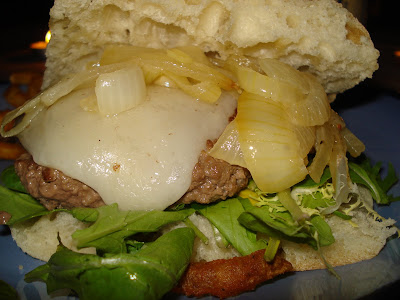 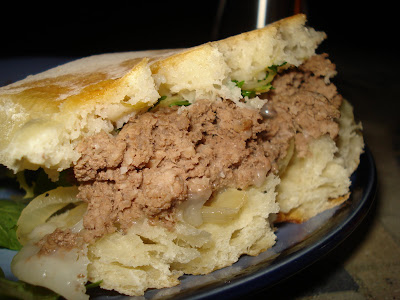 I was in front of the computer yesterday when Anthony Bourdain's No Reservations came on, the episode from Tuscany. It was a gorgeous afternoon, almost the exact day when the light from summer reflects off the hardwood floors and you think 'wait, that looks like autumn light.' It did not matter what I was doing; that episode is like an Angels playoff game, a reckless car chase and The Shawshank Redemption all rolled into one. I cannot turn it off.
-
I was in Tuscany once in my late teens. I was perhaps the perfect age for that trip. I wasn't a punk kid anymore, I had no desires to get high in the discos or slam shots of limoncello like many of the people I was with. But I wasn't grown up yet; the idea of going to bed at a reasonable hour to be up at first light to go see Michelangelo's "David" did not enter my mind. The trip was a Christmas present from my grandmother, now gone, and if I could see her again I would thank her one more time for it.
-
Seeing Bourdain in Tuscany gave me an indescribable desire to create a meal that was reminiscent of the meals I had there, something that makes you shake your head and pound the table and say "This is what eating is all about." Something that reminded me of the way Siena turned golden at sunset or the way that Italian girl looked when she jumped naked into the fountain with a bottle of wine and yelled "If you catch me I will be yours forever" in broken English. (I did not.)
-
But also I had the idea that I should see how much wine I could slip into a meal.
-
I had some ground beef from Taylor's in Sierra Madre, the same ground beef I have been eating for as long as I can remember. When I was kid, my mom often stopped by Taylor's in the late afternoon with my brother and me and bought meat for dinner. I hated it then - my ideal dinner was McDonald's - and I often thought 'when I am an adult I am never going to be buying food from a butcher shop for dinner.' It's sobering to look back on how stupid you were sometimes.
-
I mixed the ground beef with some merlot, formed it into patties and let it warm up a little. My friend Tracie - who lived in Florence for a while - and I sat on the patio and ate goat cheese and bresaola. We drank a bottle of wine from Trader Joe's, Trentatre, which is the best $5.99 bottle of wine you will ever have. That sounds like a backhanded compliment; I assure you it is not. For years we have enjoyed the Oreana "?" wine, another great deal, but this is better.
-
When Elizabeth got home I put the patties of meat on the indoor grill. I let them cook for a while and added some slices of Drunken Goat, probably my favorite cheese at the moment, a Spanish goat cheese that is submerged in wine for 72 hours. I sauteed some sweet onions in the wok with butter and the Koehler chardonnay I received a few months ago until they reached that perfect point just short of caramelized. I sliced a loaf of ciabatta bread into something to hold the meat. (Hamburger buns seems too insulting a name.)
-
The burger was amazing. The juicy, wine-soaked beef, the buttery onions, the bread, and even the spicy greens I had purchased a few days earlier at the South Pasadena farmers market. This was the best meal I have made in a while.
-
I deep fried some frozen curly fries from Fresh & Easy. I'm not sure why I did this. They were good, no doubt, but they suffered in comparison to the rest of the meal. If this dinner was a band it would be the Traveling Wilburys and the curly fries would be Jeff Lynne. When I ask the girls five years from now what the fifth part of the meal was they will not be able to remember.
-
Is this a meal that you would eat in Tuscany? No, probably not. But is this one of those unique dinners that I put a lot of effort into, that I will always remember the same way I remember every bite of every meal from when I actually was in Tuscany? Absolutely.
Posted by JustinM at 11:57 AM

Those were probably the best burgers I've ever had. Even better than an In-N-Out cheeseburger animal style after a year without one. I would happily give up In-N-Out for the rest of my life for another one of your Drunken Burgers. I'm dead serious.