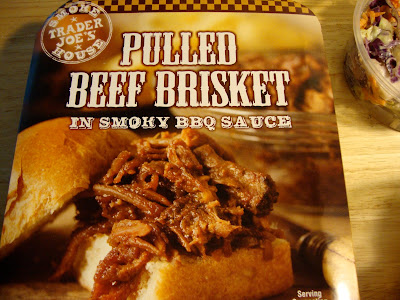 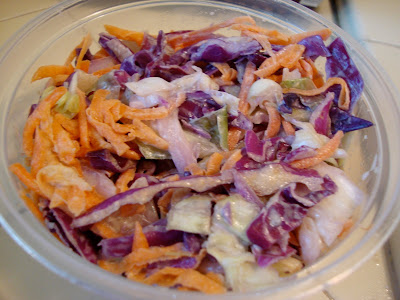 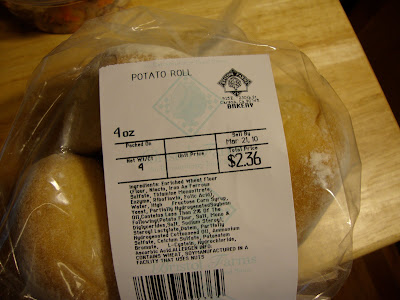 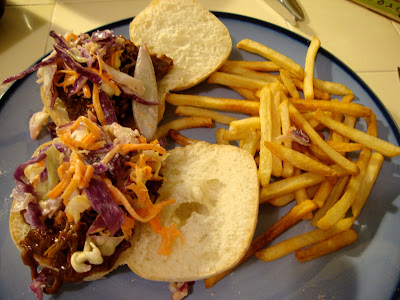 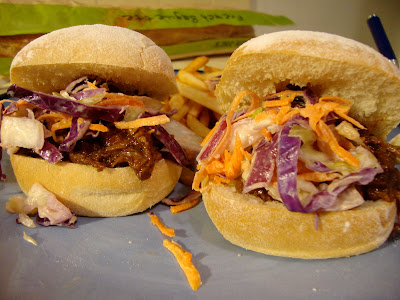 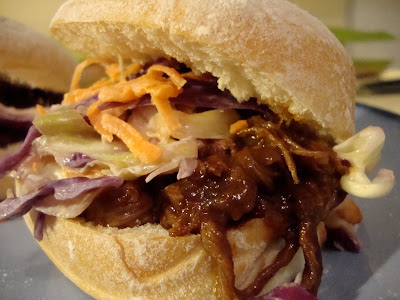 For the 8th year in a row I did not go out on St. Patrick's Day. I can't stand it. It's Amateur Hour, a bunch of people getting hammered with no concept of what they are celebrating, their only claim to Irishness being that they owned a House of Pain album in college. The last few years my routine has been the same: Chinese food and watching basketball at home. (Five years ago I went over to my friend Bryce's house to watch basketball; we ate pulled pork nachos, but he's of Chinese ancestry so that's close enough.) I usually receive text messages from my friends wondering why I'm not coming out while at the same time bitching about the crowds. Not once in the last eight years has anyone said to me "Oh, you missed a great time."
Last night, however, I wasn't in the mood for any Asian food. I kind of felt like barbecue. (Shocking, I know.) Being that Wednesday night is the one night of the week that I love to sit in front of the TV for hours, I decided to just get a couple things at the store and make sandwiches. At Trader Joe's I got some of the "BBQ pulled brisket," a surprisingly reliable imitation of barbecue, relatively speaking. It will never be confused with Gates, but it's head and shoulders above the brisket they pass off as "barbecue" at many restaurants. I went by Whole Foods and got some of their "Tailgate Cole Slaw" and small potato buns.
The brisket cooked in the microwave in just a few minutes. I scooped a small pile of it onto each bun, topping it with the slaw, and a touch of a South Carolina-style mustard sauce that I made. They were awesome. This is the first time I have ever used these potato buns, but I think they're all I'm going to use from now on for sliders and mini-sandwiches.
I watched a repeat of The Unit and new episodes of Human Target and Dinner: Impossible. (And then filled out my March Madness brackets while Elizabeth was watching Ugly Betty.) Another successful St. Patrick's Day for me.
Posted by JustinM at 9:54 AM

Wow. Totally forgot about that. How is it you remember all of these odd dates in history? I can barely remember what I did last weekend, much less St Patty's Day five years ago...

I don't know why I remember things like that. I think I just have a way of associating events in my mind. I remember we did those things for St. Patty's day in the same way I remember watching Karate Kid with you on Super Bowl Sunday that year and making fun of your wife for thinking the song was "Cool Summer."

Haha...yeah, that's a classic. It definitely was NOT a cool summer for Daniel-San.

I loved that Daniel-san was on Ugly Betty for a while, which Liz watches on Wednesdays, but the show I watch - The Unit- had an episode on Wednesday and guess who guest starred? The bad guy from Karate Kid 2 - the Asian Johnny Lawrence!