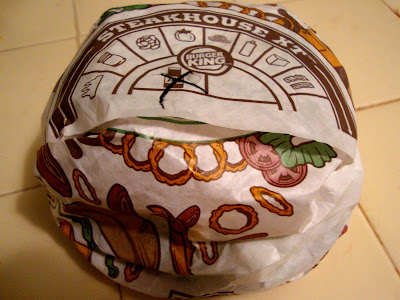 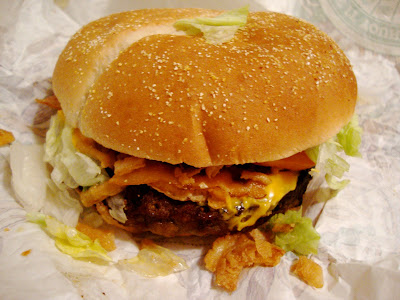 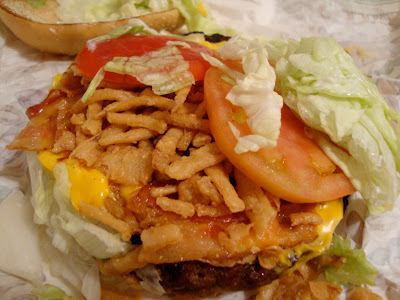 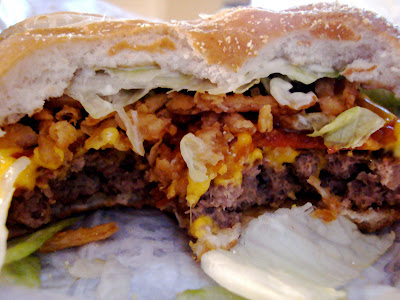 I was thinking about the expression "nothing to write home about." What exactly does that mean? Obviously it means that something is not worth making an effort to inform your loved ones about. But is the point of the idiom that something is so insignificant that you shouldn't bother wasting other people's time by telling them about it? Or is the point of it that something is so insignificant that you shouldn't waste your own time writing home about it, not to mention the cost of postage?
Because in the age of email and text messaging, it really doesn't take too much effort or expense to write home about any subject at all. I once got a text from my brother about how much he wanted to punch the kid in the movie Last Action Hero. A desire to do violence to a fictional 12 year old kid in a movie from 1993 is a good example of just how little substance or expense is required to communicate these days. (Although I responded to him "me too," and, if memory serves, we carried on a two-hour text exchange about which movies from the 80s and 90s would be improved if we could retroactively replace the child actors.)
So if the point of saying something is "nothing to write home about" is to save yourself grief, it's really an outdated expression. Or, perhaps, it now takes on even more significance, because if something in 2010 is truly nothing to write home about - not worth sending a ten-second email that costs a couple cents - then it must be really insignificant.
These are the things I think about sometimes. Which I guess explains why my best friend is a cat.
I have written such harsh things about Burger King that I almost feel the need to add a disclaimer every time I review a new product of theirs: Warning - I loathe almost everything about Burger King. However, I reviewed one of their "XT" burgers a year ago and did not completely hate it. I believe my exact words were "not all bad." This seems like damning with faint praise, I know, but compared to most things I say about the place it's basically a rhapsody.
Recently BK released the A.1. Steakhouse XT Burger. (Technically the "A.1.® Steakhouse XT™ Burger," but for the sake of a blog with only a half dozen readers - down from the usual seven while my brother is out of the country - I figured I could exclude the symbols.) A.1. sauce is one of my favorite condiments. In my fridge currently are no fewer than four varieties of it: the original, Thick & Hearty, Supreme Garlic, and Cracked Peppercorn. So I thought it would be worth a try.
The first thing I noticed was the weight of this burger: well over half a pound. I took it home (only four blocks away) and unwrapped it on the kitchen counter. The onion pieces actually looked as crispy as advertised. The bacon looked disgusting - no surprise there - but I still took a bite with everything. I wanted the full effect. (By the way, the burger is not supposed to have bacon on it; apparently this is just one of those fast food items that the place makes however the hell they feel like, regardless of how it's advertised.)
It was not very good. The crispy onions were great, but that's where the enjoyment ended. The beef was overcooked and not dissimilar to a dried-out meatloaf. Burger King boasts about the "extra-thick" 7 ounce beef patty. But bigger is not better in this case. I would have liked less of this meat. And I could barely taste the A.1. sauce. I could taste mayonnaise and not much else. I removed the bacon and added some A.1. peppercorn sauce, and that made it better, but not good by any means.
Now here comes the fun part where I give you the nutritional info and imagine your reactions: 970 calories, 61 grams of fat - 23 of which is saturated, more than the recommended daily intake - and almost 2000 milligrams of sodium. (I have a program I like to use on the treadmill; it would take about two hours of incline work to burn off this freaking thing.)
I will not ever get this again. It was better than any Whopper I have ever had from BK, but that's not saying much. It was, in every possible sense of the phrase, nothing to write home about.
Posted by JustinM at 10:36 AM

"a dried out meatloaf" - classic! Won't be rushin out to try this anytime soon.

Looks good but nothing about BK "moves" me...

I swear to bob, they should make a law that anything over 500 calories should have a warning on the menu. That's just obscene.

At BK I like the original chicken sandwich, and the Whopper despite the poor quality of burger meat.

This XT Burger is XTreme in the sodium & calories - well named. So, PP you ate it for me.

If I had to choose a "favorite" item at BK - which would be like choosing my favorite member of the Red Sox or my favorite Adam Sandler movie - I would choose the original chicken sandwich.

I work at BK and basically the big thing is you have to tell them how you want your sandwhich. the A1 steakhouse is one of my favorites - no tomatoes, lite mayo, american cheese, heavy a1 sauce and heavy french onions. and then when i put the lettuce on i usually mix a1 sauce with that as well. A good idea would be when ordering to not go through the drivethru, go inside and order it ''straight off the broiler'' so its fresh and you dont get that dried meatloaf feeling. I have a feeling that if I made this sandwhich for you, that you would most definately say good things.

Thanks, Nathan. By any chance do you work at one in Southern California? I would take you up on that. I actually had the Whiplash Whopper Friday night and thought it was great - no joke, my favorite item ever from BK. I will be writing about it in a couple days.