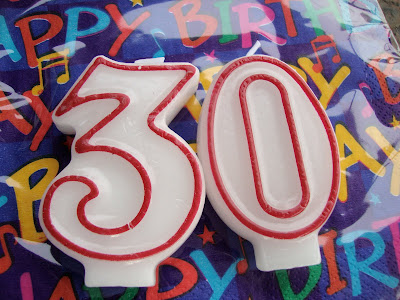 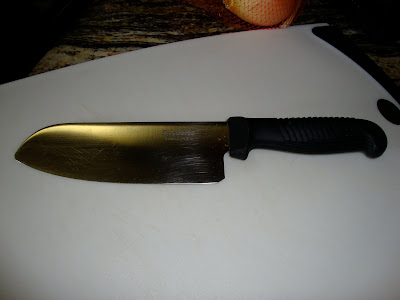 As I mentioned yesterday, Sunday was my brother's 30th birthday and I spent the afternoon with him, eating lousy Mexican food and shopping for his party. Sunday evenings aren't my favorite for hanging out anymore, so Elizabeth and I spent the afternoon prepping for the party and left relatively early.
A decade ago I was living in Boulder, Colorado, and one day my friend Erik and I went up to Golden for the afternoon. We visited the Golden City Brewery ("The 2nd Largest Brewery In Golden," still one of my favorite slogans ever) and the Spyderco factory. I bought two kitchen knives, one of which was a santoku that I loved but had not seen in years. I figured it got lost in one of my moves over the years and hadn't thought about it in a while. I found it in my brother's knife block. It was nice to be reunited with it. 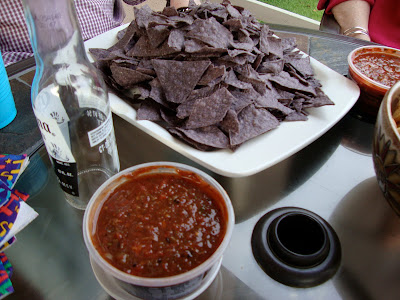 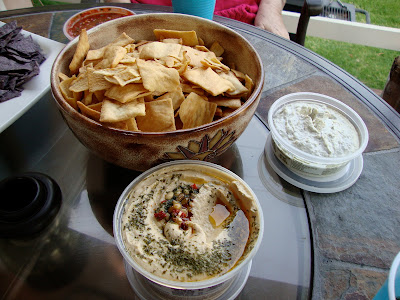 We put out some chips and salsa and pita chips with dips, all from Trader Joe's. There is nothing particularly special about these, but they were tasty and went quickly. 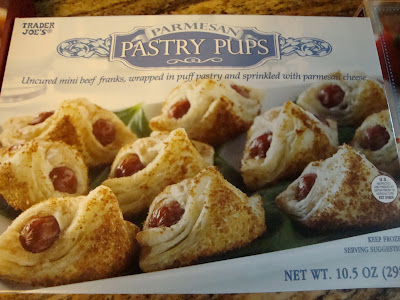 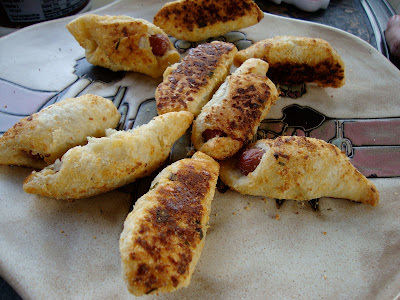 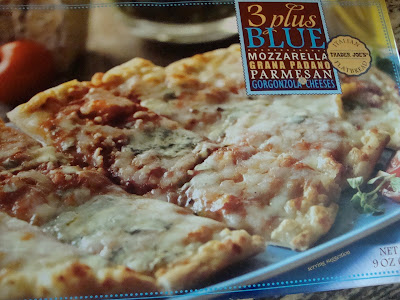 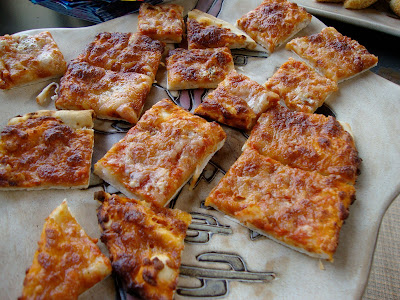 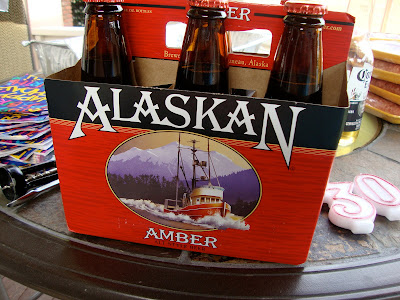 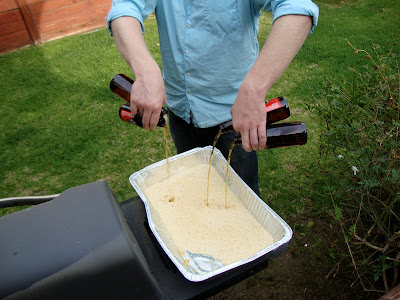 Sometimes when I cook brats in a pan of beer on the grill - actually, most of the time - I use whatever beer I have, often the cans of lower-quality stuff in the garage that have been left over from barbecues. But for this occasion I decided to use Alaskan Amber - one of my favorite amber beers. I emptied several bottle into the pan. 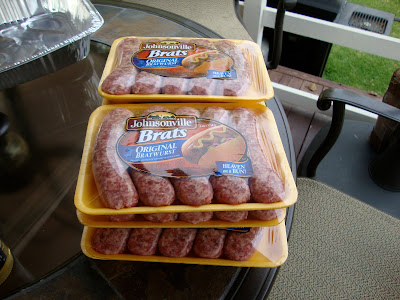 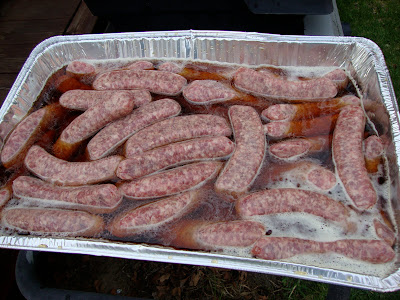 I cooked six of the seven packages of Johnsonville brats in the beer. They took about 25 minutes to be (mostly) cooked. I took out a few of them for people who were already there and grilled them directly on the grates for a few minutes to get them golden. I took off the pan, put it to the side and covered it with foil, figuring after I left guests could take brats out of the pan and finish them on the grill. 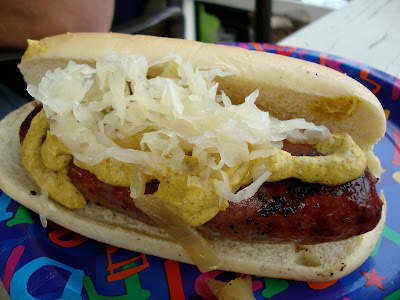 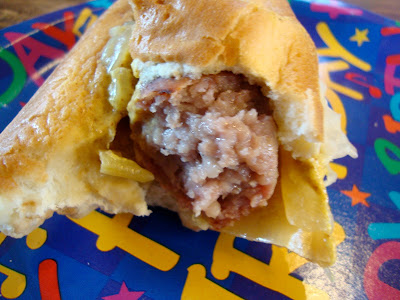 I made myself one just the way I like it - with sauerkraut, caramelized onions (my brother had a full set of Le Creuset pots and I cooked several sweet onions for more than an hour until the were beautifully caramelized) and spicy brown mustard. I only had two beers during the afternoon; if I'd had a couple more I might have been able to eat several of these brats, but one filled me up. 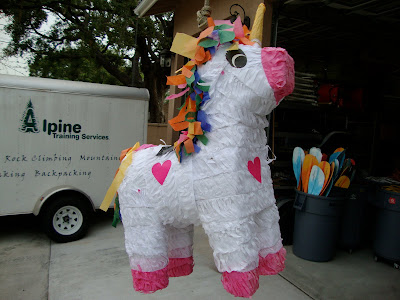 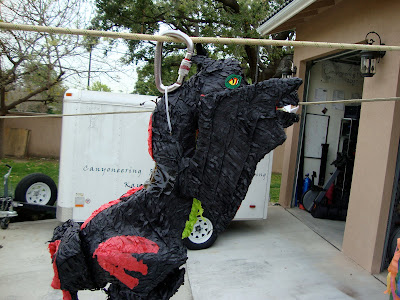 My brother wanted pinatas, so we'd gone by Party City and purchased two: a unicorn and a dragon. Elizabeth filled them with candy while I was cooking in the kitchen, and my brother and his friend hung them in the yard. Unfortunately, I left long before they were busted open, so I have no idea how it went. 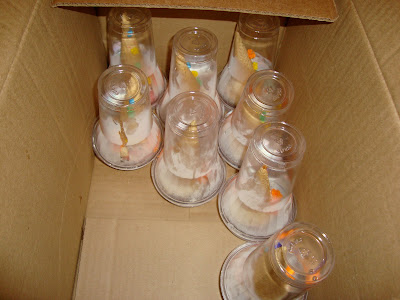 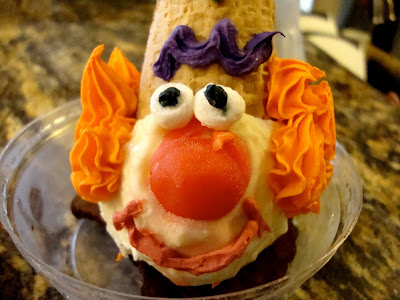 Instead of a birthday cake, my brother wanted clown cones, so before my parents came over they went by Baskin Robbins and picked up 35 of them. I was too stuffed from appetizers and the brat to have one, but I still took a picture of the one that I felt looked most like me.
Posted by JustinM at 9:23 AM

How old did you say your brother was, 30 or 3?
No, really, 30 is a milestone and should be celebrated however one wishes. Cool ideas and kudos to you for cooking the brats in Alaskan Amber!

Hey, I'm just happy I didn't have to play pin-the-tail-on-the-donkey.

There was definitely a pinata and beer at both. However nobody gave my brother bleach for a very private part of his body, and he didn't repeatedly jump off the roof into the pool, so it's not exactly the same.

Happy birthday to you, TB!

Oh, and the Guinness!