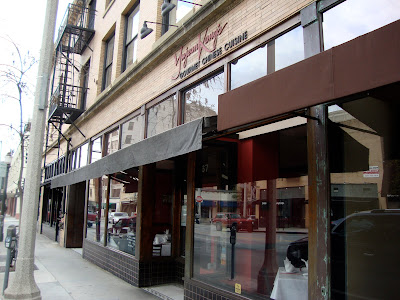 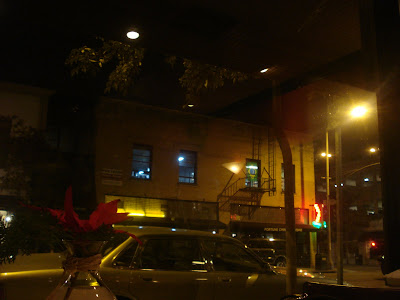 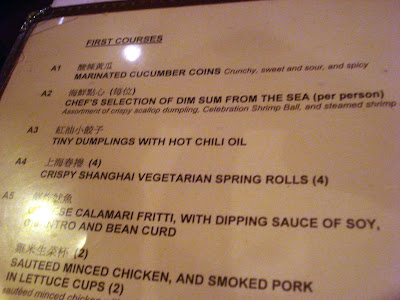 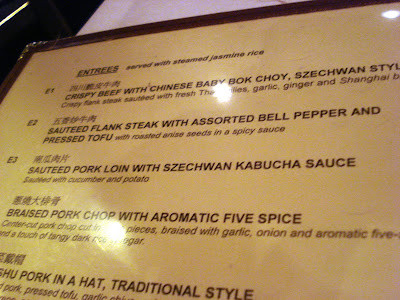 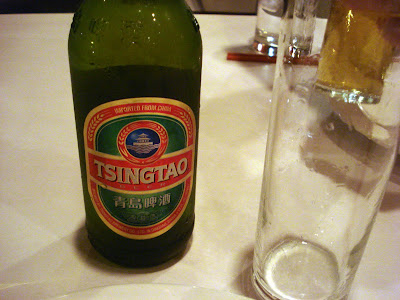 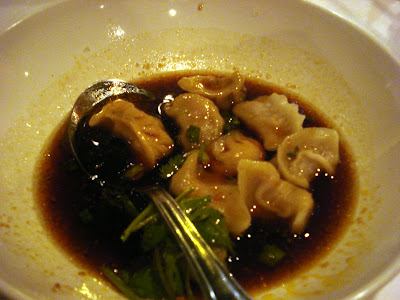 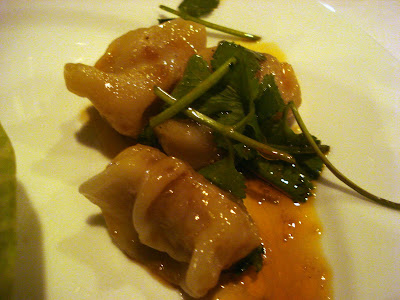 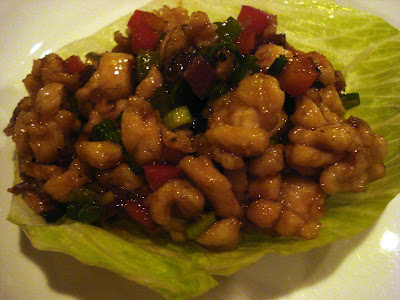 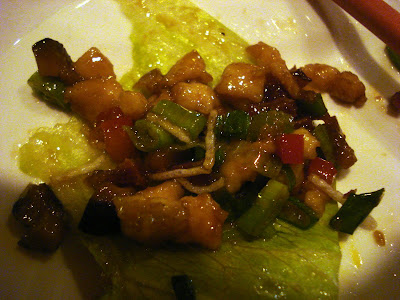 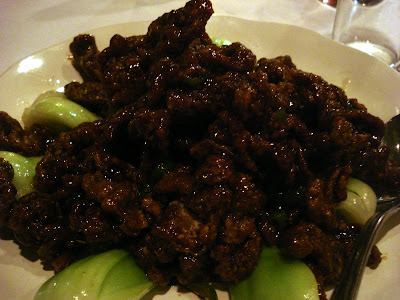 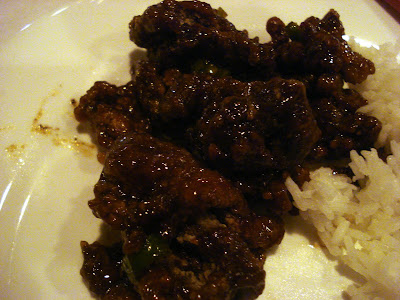 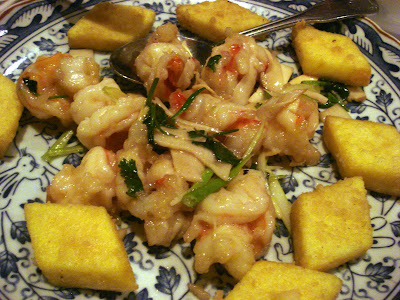 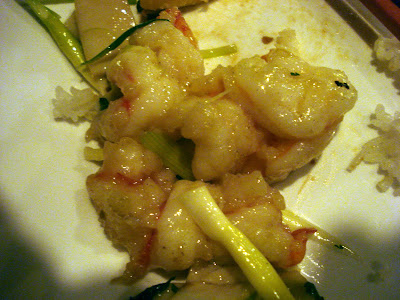 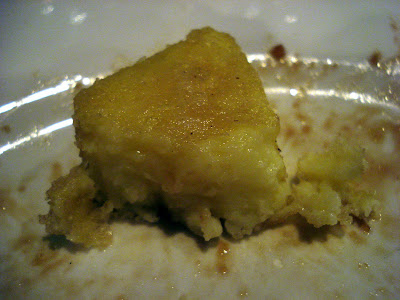 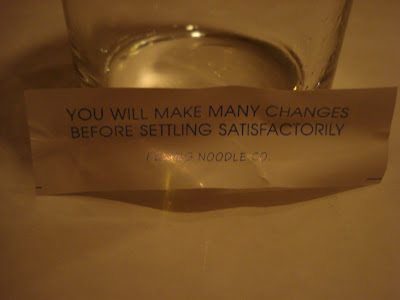 Did you ever see The World's Fastest Indian? It's perhaps one of my 20 favorite movies ever, starring Anthony Hopkins, my second favorite actor ever. There is a scene about three-quarters of the way through the film when, after having waited his entire life to travel from his native New Zealand to see the Bonneville Salt Flats, Hopkins' character finally arrives there.
It's dusk and he steps out of his car, surveys the landscape, and recounts some of the land speed records that have been set there. He says "I'm telling you... this place is holy ground. Holy ground." (There is a 94 second clip of it here; it's an absolute acting lesson.)

I think of that line every time I step into Yujean Kang's. Am I being a touch dramatic here? Yes, probably. But there is not another restaurant with the aggregate of amazing memories for me. There may be places with better single memories, and maybe even places (like Hutch's) with more memories, but nothing quite like this. The list would be long and self-indulgent, so I won't go into detail, but I have been eating here for more than half my life and have yet to have anything other than a great meal.
My friend Carla and I recently stopped in for dinner. It wasn't very crowded and we took a table by the window. I've always enjoyed dining close to the window at any of the restaurants on Raymond Ave. It's a different view from any restaurant on Colorado Blvd.; it feels like you're in the heart of a city, not a giant outdoor mall. We each ordered a Tsingtao and opened our menus, although I was pretty sure I already knew what I wanted.

I don't think I have ever passed up an order of the tiny dumplings to start off a meal here. Sometimes I have ordered two. When I was younger and immature about food (well, okay, more immature) I thought these were the most exotic things in the world. As I got older and learned how easy it is to make up a sauce of soy, sugar, water and vinegar, the dumplings lost some of their mystique. But they've never lost their flavor.
They are served in a bowl with sliced scallions and a few sprigs of cilantro, and are almost impossible to pick up with chopsticks; at least one of them will squirm loose onto your plate, or sometimes the table. (I've never hesitated to still eat one off the table, and in truth, if I ever dropped one on the ground I would have to think hard about whether I still wanted to eat it.) There has never been a tiny dumpling left, and I usually eat the cilantro and scallions as well.
The second appetizer I get here is less immutable. Sometimes I opt for the "Chef's Selection of Dim Sum from the Sea," and I have eaten some impeccable shrimp dumplings, but often there is also a less-than-stellar shrimp ball that doesn't add much to the whole. On this occasion we ordered the minced chicken and pork lettuce cups, which have perhaps a lower ceiling than the dim sum but have never been disappointing, either. They were again delicious, although a little sweeter than I remembered, so I added a few drops of spicy mustard.
Our first entree was the "Crispy Beef with Baby Bok Choy" - fried pieces of flank steak with chilies, garlic, ginger and black vinegar. I don't think it would be possible to rank my favorite dishes in Pasadena; how do I accurately compare Gale's giant ravioli with Green Street Tavern's conquistador bisque, or Yang Chow's slippery shrimp with a Hutch's hamburger? But if I were to try, this crispy beef is probably the most likely contender for the #1 spot.
(I am not alone in my esteem for the dish. Two years ago I took Elizabeth here for dinner on her birthday and we had some leftover crispy beef. We took it with us to a bar where we were meeting friends for drinks and I ceremoniously presented it to our friend Murph, another Kang's devotee. His eyes lit up like I had just given him the winning lottery numbers. "This is the best dish ever," he proclaimed. "I'm gonna go put this in my car to eat later tonight." He came back a while later and informed us that he thought it was too hot in his car so he just put the container under one of his tires. "It'll be better there, right?" he asked.)
My routine is always the same when it hits the table: I stare at it lovingly for a few moments like it's a Porsche 356 Speedster. Then there's the first bite, the crunch and, beneath that, the tender steak. (No matter how many times I have tried to make this at home, I always manage to overcook at least half the pieces.) Inevitably I wonder to myself how rude it would be to eat the whole dish myself and not share a bit with my dining companion. I have always shared. So far.

We also had an order of prawns with polenta. This was not as good as the crispy beef, but then again not much is. We still ate it all. The prawns were large and tender, although slicked with a bit too much oil. The polenta was the best I've ever had, the texture of a perfectly toasted marshmallow.
There was no room for dessert - unless you count a second Tsingtao - but we were both very satisfied. I know I don't frequent Yujean Kang's as much as I should, for a variety of reasons, but I will try to do better. I can't imagine anything worse than seeing Kang's close down and a frozen yogurt or coffee chain set up shop.
Posted by JustinM at 9:23 AM

I don't recall Yujean Kang's ever being crowded. Maybe they need to move south a couple of miles.
No, that wouldn't work either.

Up until about a couple years ago it was always crowded on weekends. If you did not have a reservation you were usually SOL. These days you can almost always walk in.

Mikey: I've only been there once on the weekend in the last couple years - the aforementioned birthday, which was a Saturday night, and it was not too crowded. However, I agree with you, back when I used to go there more frequently, in 2004 and 2005, it was always crowded on weekend nights.

Might I suggest for your next Asian outing Kirin Ichiban for your drink of choice. Great in the bottle and more than excellent on draft.

I love Kirin and that's what I usually drink at places like Gyu-Kaku, Shogun or Kabuki, but at Chinese places I go with Tsingtao.