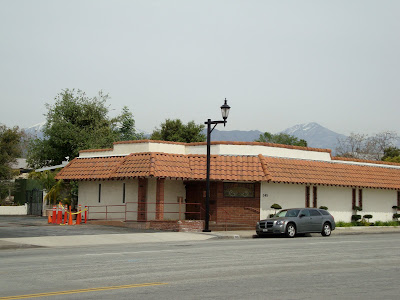 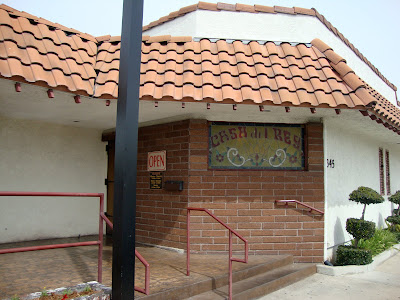 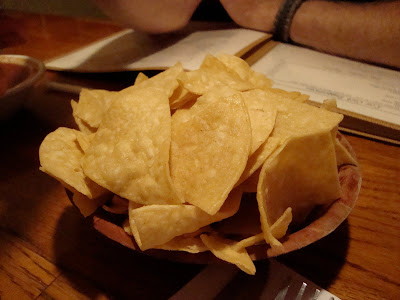 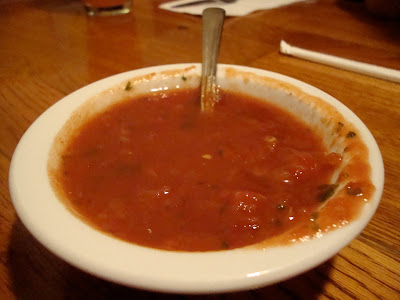 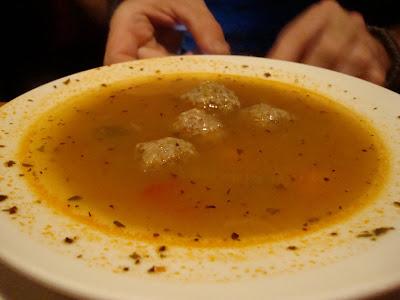 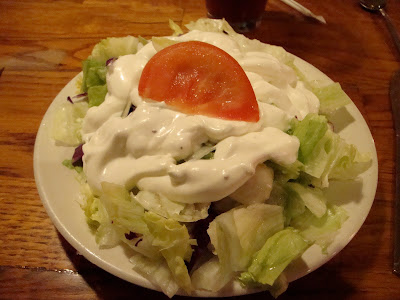 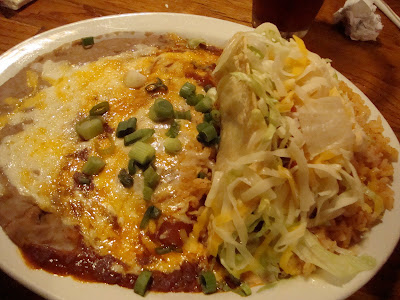 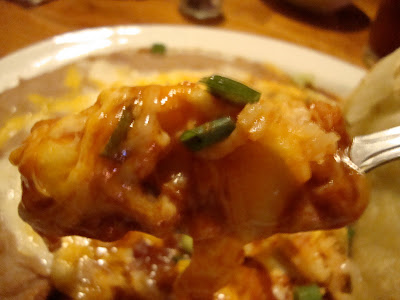 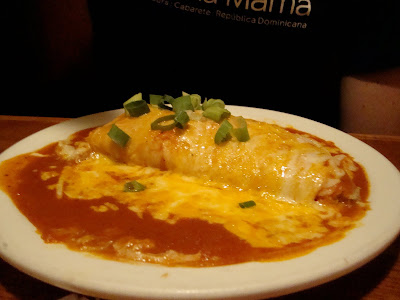 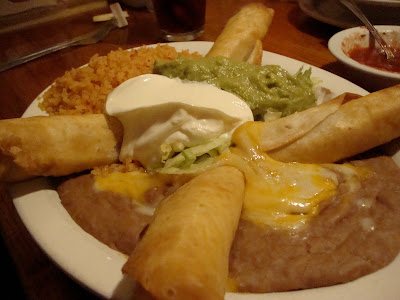 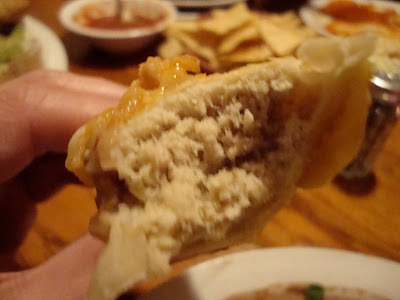 I used to be much older than my brother than I am now. I am being tongue-in-cheek, of course; I have always been a year and a half older than he is. But when I was younger that difference seemed enormous, the equivalent of what might be ten years now. Yesterday was his 30th birthday and I thought How can that be possible? My 30th was just a few weeks ago. But it wasn't really; it just feels that way. I am sure this feeling is not unique to me. But this is my blog so I'm sharing it.
My brother had a party at his place last night, so Elizabeth and I went to lunch with him in the afternoon and helped him shop for the party. I asked where we were going and he said: "This Mexican restaurant that I have never been to. It's near the stores we need to shop at." My brother loves Mexican food so I did not think twice about it. I was sure it was going to be good.
So you can imagine my surprise when we pulled up to the place and I saw it was called Casa del Rey. "This isn't related to the Casa del Rey in Sierra Madre, is it?" I asked him. "Because that place is freaking terrible." My brother looked it up on his iphone. Unfortunately, it is related.
Thus, I was not the least bit surprised to walk in and see that the two main characteristics of almost all the diners were 1) older-than-middle-aged and 2) white. I used to work in Sierra Madre and every time I passed Casa del Rey, which was several times per week, this was the exact crowd that was there. But, hey, it was my brother's birthday and this is where he wanted to go. I wasn't going to make a big deal, especially when the only nearby options were Taco Bell and KFC.
We started with the usual chips and salsa. They were actually very good. My brother ordered a bowl of albondigas soup and an enchilada. Elizabeth ordered the flautas (which came with a salad that she let me order for myself; I chose blue cheese dressing.) I ordered the combination of a cheese enchilada and beef tacos, with rice and beans.
Before we get to the food, let's be a little positive. The service was outstanding. At least three girls served us, and we were given refills of our drinks and chips, and the food came out quickly.
The soup and salad arrived first. I asked my brother how the meatballs were. He said "They're pretty good but they're small and there's only four of them. My salad was disgusting: more drenched with dressing than any salad I ever remember having. And it was not good dressing, it was perhaps the most bland blue cheese I have ever tasted.
The food was out only a few minutes after that. My brother's and my enchiladas were good - not great and no different from something you would get at Acapulco, but good. That was the highlight. Elizabeth's flautas were stuffed with dry, flavorless chicken. She gave me one and I took a couple bites, then gave it back. My beef taco hardly had any beef in it, but what it did have was just as flavorless as the chicken. I think I took two bites before the beef was gone. The rice and beans were, of course, bland.
When we left, I noticed the bar was crowded with people watching NCAA basketball games. I would imagine this is the way to go at Casa del Rey: a couple drinks and maybe some appetizers in the bar. As I said, the service was great and the chips and salsa were very good. But I can't see any reason why anyone who has ever had authentic Mexican food would ever choose to eat at this restaurant.
Posted by JustinM at 10:35 AM

At least the chips and salsa were good...

As terrible as this place is, and I've been to both the San Dimas and Sierra Madre locations, the Sierra Madre store is way worse!!!
Next time in San Dimas, try Zendejas (less than a block away south of Casa Del Rey)

Melissa: That is true. The chips were fresh and there were two kinds of salsa, both of which were great. But the highlight of a Mexican joint shouldn't be the chips and salsa - you know that as well as anyone.

Tim: I only ate at the Sierra Madre location twice and both times it was bad, but I didn't expect anything more. It's a fake Mexican restaurant in Sierra Madre. The San Dimas location, however, I expected a little more out of. I wish I'd known about that other place yesterday. Next time I will check with you since you are my guru of Mexican cuisine.

What? My name's not Tim, hehe.
Don't go out of your way to try Zendejas - it is no La Cabinita. It does, however, serve higher quality "landfill" than Casa Del Rey.

Wow don't remember the last time you disliked a restaurant this much.

Not Tim: Well, since it's in San Dimas, if I don't go out of my way for it, I don't see any scenario in which I'll ever eat there. But it sounds like that's no great loss.

Mikey: True, when I really dislike a restaurant I don't usually write about it. Life is too short to have a blog full of complaints. I don't want to ruin the idea that "every meal of every day should be its own celebration." (That's why I left out the fact that the meal was much more expensive than it should have been, or we all felt a little sick for an hour afterwards.)

i truly adore your own writing taste, very helpful,
don't quit and also keep creating considering the fact that it simply just good worth to look through it.
looking forward to find out more of your own writing, stunning day :)