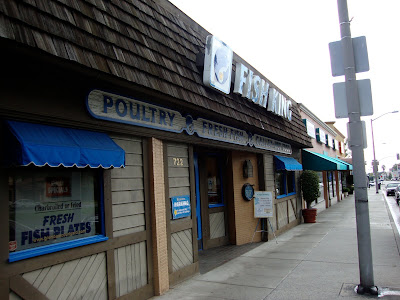 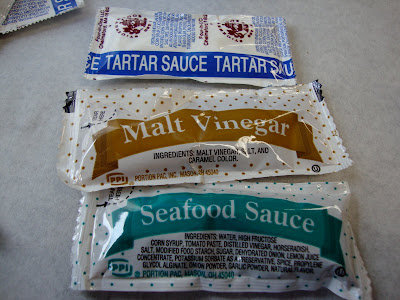 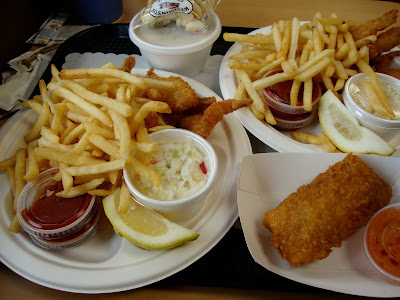 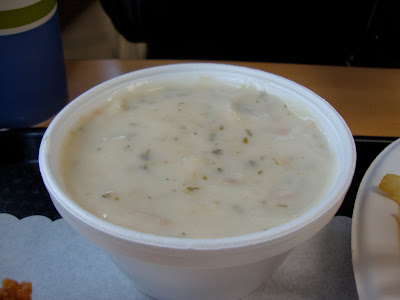 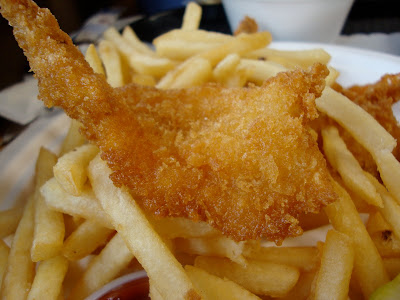 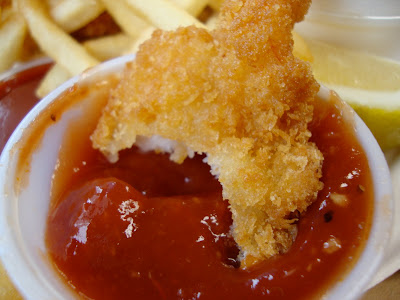 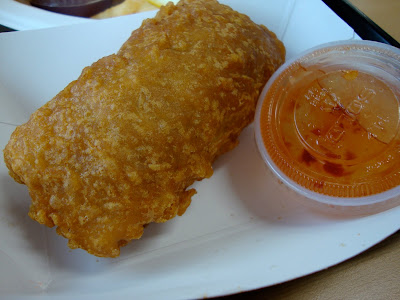 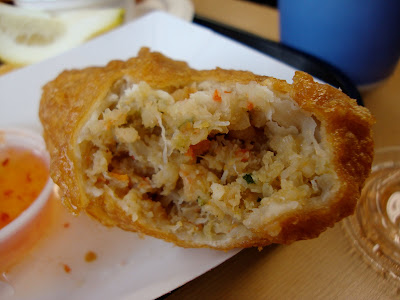 It's a double-edged sword when a restaurant you like explodes in popularity. You liked it better when the wait was only a couple minutes. You may feel a sense of snobbery that you had been going there before it was so popular. Perhaps you even turned a few people on to the place and now you're wishing you hadn't.
Of course, the other edge is that these places need to be popular to be able to keep the prices steady and fresh ingredients on hand, not to mention staying open. If a restaurant you love (like, say, King Arthur's) goes out of business, nobody wins, and you and your brother spend the next two decades bitching about the fact, driving hundreds of miles to try a cornmeal-dusted pizza that you heard tasted similar. You may ask your better half if you can hang a battle ax on the living room wall or purchase a Gauntlet arcade game for the corner of the room to remind you of the restaurant. The answer is always no but then again you knew that all along.
These are the things I reminded myself on Saturday. Elizabeth and I were driving around, trying to come up with a plan for lunch. I'd been to David's Bridal with her to help look for a bridesmaid dress, so lunch was going to be pretty much anything I wanted. It only seemed fair. We drove past The Slaw Dogs and gawked at the line snaking out the door and down the street. They were featured in the L.A. Times a week ago, and I'm sure that has increased business, but the popularity of the place was almost preordained. Everyone loves hot dogs.
"What about Oinkster?" I asked. It had been over a year since we had been there together.
"Sure," Elizabeth said.
Oinkster has always been popular during the lunch hour, having been mentioned on everything from local blogs to ESPN.com. Recently it was featured on Food Network, with Guy Fieri - the guy with bleached hair who wears his sunglasses on the back of his neck despite the fact he is 42 years old - visiting them. But this was well after the lunch rush, a time when I have always been able to pop in and not wait in line. The line was at least 25 people long, out the door, crossing the patio, almost down to the street.
"What about Fish King?" I asked.
"Sure," Elizabeth said.
So we headed up to Glendale Blvd. I have been going to Fish King for a long time but I don't remember if I have ever eaten in their small cafe, the "Galley." It has always been crowded on the weekends, so I figured it had to at least be decent. It was busy again that afternoon, but they're always efficient so we didn't wait more than five minutes to order our food. We each ordered fried shrimp. Elizabeth added a cup of clam chowder and I decided to finally try one of their "lobster rolls." That's not the classic New England lobster sandwich, but rather an egg roll stuffed with veggies and lobster meat.
The food took somewhere between ten and fifteen minutes to be ready. As soon as we got it, I knew we'd probably ordered too much. A few times I have taken some of the breaded, uncooked shrimp to-go and fried them at home. So I was expecting a few of those. I did not realize they would be served under a massive pile of fries with sides of cole slaw. (I mean, I guess I could have looked at the menu and seen that's how they are served, but I've never been terribly bright.)
The food was fantastic. There are not many things I love more than fried shrimp when they're done well, and these were perfect: crispy, meaty and a little bit greasy. Elizabeth loved the chowder and had me try it, knowing I do not like clam chowder. It was certainly some of the best I have ever had, although I still am not a fan. The lobster roll was one of the best things I have eaten in a long time and melted in my mouth exactly the same as the cotton candy at the South Pas farmers market. Next time I might just get two of these for lunch. The fries were unremarkable but still good and the cole slaw, flecked with pieces of pineapple, was sweeter than I normally like, but the sides weren't the main attraction here.
Later in the day I told my friend about our lunch and he expressed surprise, thinking it sounded kind of boring. I suppose, in a way, fried shrimp in the restaurant portion of a seafood market isn't as exotic as Yujean Kang's or some of the recipes I come up with, but so what? That's like saying Dylan's music or Penn State's football uniforms are boring; yeah, they may not be the most exciting things in the world, but they're still better than 99% of what's out there. So is Fish King.
Posted by JustinM at 8:55 AM

You're not terribly bright, but you're pretty so it balances out.

In re: the (kinda) actual topic of the post, I have lamented for years that my favorite restaurant got written up by Rick Steves. sigh/. C'est la vie, I guess.

I could tell you the restaurant name & location, but it would be almost as douchey as the "the last time I had arancini was in Sicily" line.

Anon: Depending on where you live, I imagine we can work something out.

TBelle: This sounds like it belongs on the blog of that Super Hottie in Florence, Mamma Americana

Do they still sell several kinds of salad? Those were good.

Yes, they still sell them, along with Philippe's hot mustard.

Great blog I just read them all (mostly)