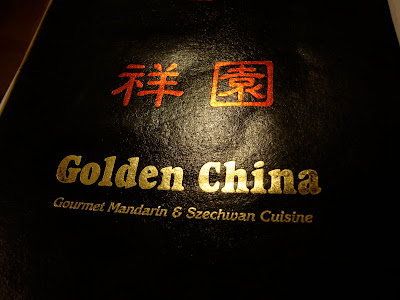 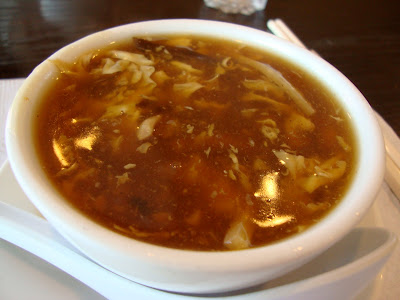 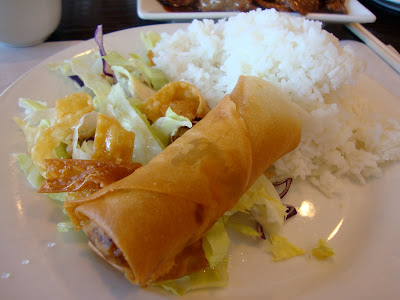 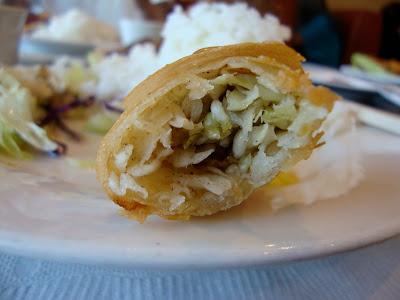 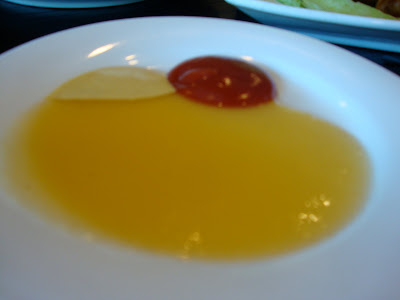 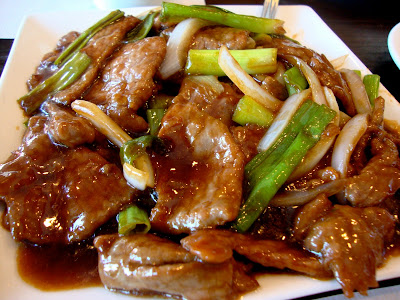 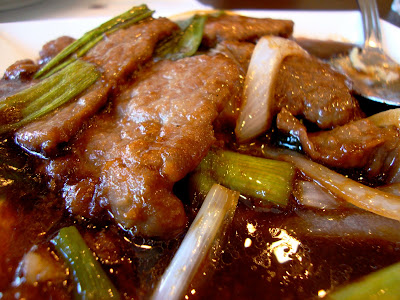 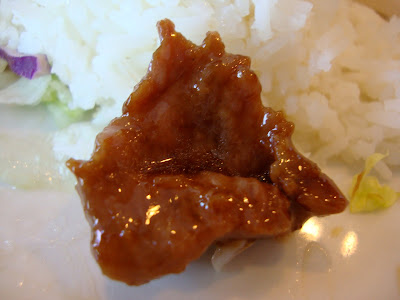 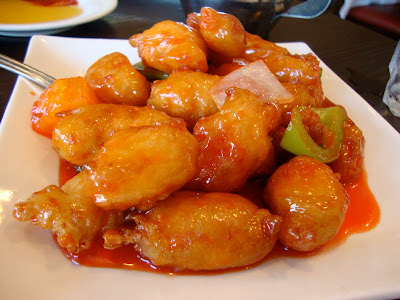 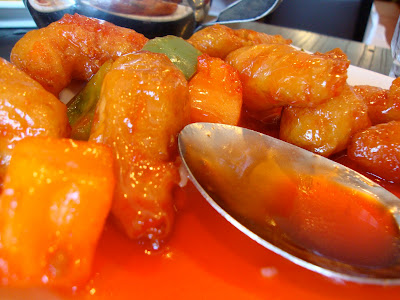 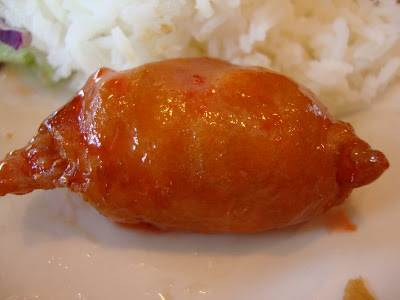 I've written about Golden China before but we will revisit it; it is not the best Chinese food you will ever have - if you've any sense of culinary adventure and have explored the San Gabriel Valley, it's probably not in the top 50% of Chinese food you have had - but it is tasty, fast, inexpensive and plentiful.

Elizabeth had a half-day on Friday and we had been craving Chinese food for a few days, so we had planned in advance to eat at Golden China. Their lunch specials, introduced to me by my friend Les a couple years ago, run until 3 PM on weekdays, and we stopped in just after 2. (For those who don't know where it is - and, even though I had passed by it more than one hundred times, I did not know where it was before Les told me about it - Golden China is in the shopping center with Vons and Round Table Pizza on Fair Oaks.) It was by far the least crowded I have ever seen the place.

We both decided to try items for the first time. (My favorite food of theirs, the House Special Beef - crispy beef with tangerine peel - is not available as a lunch special or I would order that every time.) I ordered the sweet & sour chicken; Elizabeth opted for the Mongolian beef. She was also craving egg rolls, so we ordered an appetizer of that as well.

"You know," the waiter said, "you get an egg roll with each lunch."

Every lunch special comes with soup, rice, the aforementioned egg roll, and a small amount of salad. The speed at which the food comes out is ridiculous. I mean, almost unbelievable. The U.S. soccer team wouldn't even have enough time to give up a goal before the first of the food hits the table. We got our soup within perhaps one minute.

The hot & sour soup was disappointing. Usually I really enjoy this soup but this time it was a gelatinous, not-even-slightly-spicy mess. Neither of us ate more than a few bites of it. Thankfully, the egg rolls were out within two minutes, and they were much better. Golden China's hot mustard is fantastic, a sinus-clearing blast of flavor that I use liberally with the egg rolls.

Just seconds after getting the egg rolls, we got plates with the rice, salad, and our additional egg roll, all of which were good. The Mongolian beef arrived shortly thereafter. I wasn't expecting very much from it; in my experience that dish is usually inferior, much-too-salty beef. This was some of the best I've ever had.

The sweet & sour chicken came out a couple minutes later. (It might have taken longer to receive this dish than any I have ever ordered here: almost seven minutes.) The white meat chicken and batter were very good while still hot, although after a few minutes of sitting in the sweet & sour sauce, it lost its crunch. It was still good, but not great once it got cold.

I would order the Mongolian beef again but probably not the sweet & sour chicken. But they were still both good that evening: a lunch at Golden China always means leftovers for dinner. Some Chinese places with lunch specials give you a much smaller portion of the food. Golden China gives you pretty much the same amount of food you would get if you had ordered an entree. We took two boxes home with us and ate leftovers for dinner while watching the Dodgers-Yankees game, and we still didn't finish the food.

Elizabeth once told me that when she was a kid and her family got Chinese food, she would would take the stuffing out of the egg roll, mix it with the rice, and call it "Chow Mei." (I had to ask her how to spell that for the purposes of the blog; she looked at me as if I had asked a completely unreasonable question and said "Like Chow Mein without the n.")

I have to admit, it did look pretty good. I also kind of wanted to eat the empty fried egg roll wrapper. But I did not. 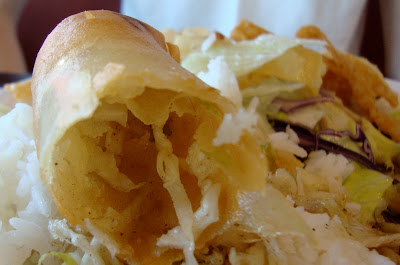 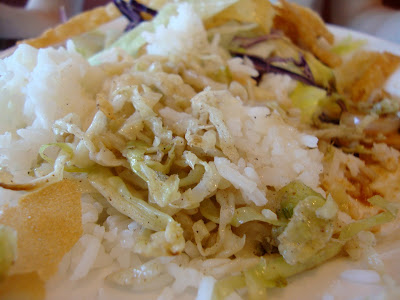 HA! Chow Mei - that is awesome!

Great stuff! Always fun to read your blog but even better on a Monday morning while I'm putting off doing real work...

I really enjoy Golden China. True, the soup was not good this time around, however, last time it was great. Very spicy and tasty. And I was really impressed with the Mongolian beef. Overall, I have not ever had a bad meal there.

Chow Mei is fun to make, and delicious. I highly recommend it.