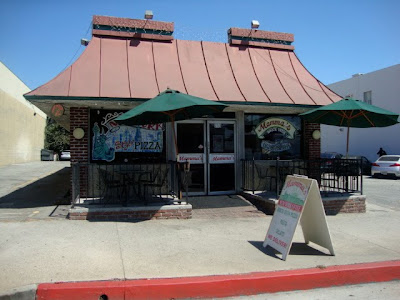 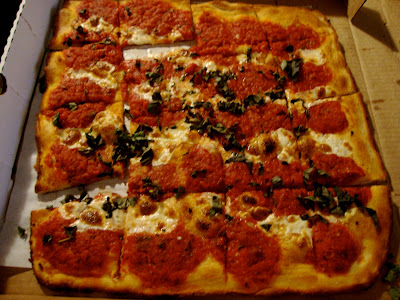 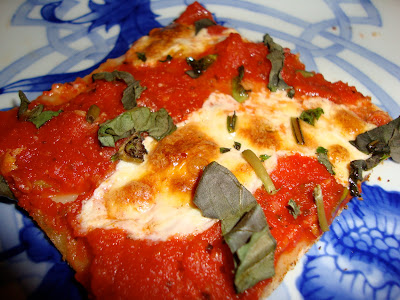 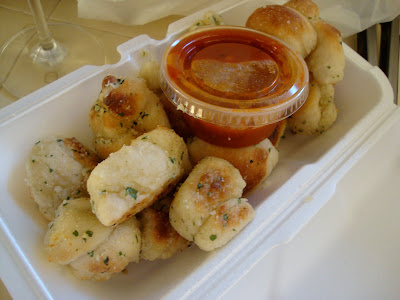 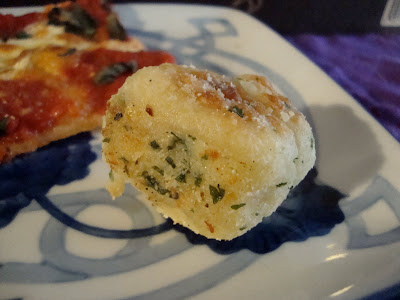 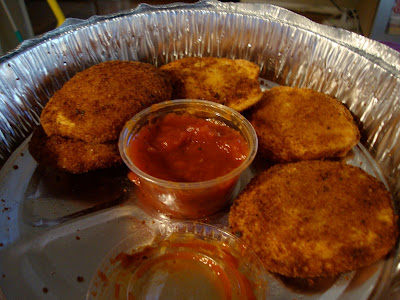 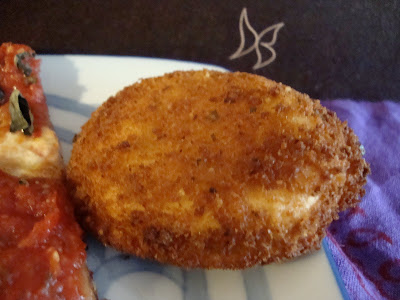 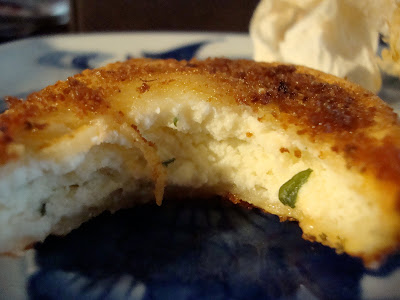 There's a scene in the movie Old School where the guys are hanging out in a restaurant and a KFC is visible outside the window and across the street. That KFC was on Fair Oaks (I never went there) and closed down a few years ago. Mamma's Brick Oven Pizza opened in its place. When I saw Old School in the theater, I never could have known that half a decade later I would move a half-mile from that location. But I did, and I tried Mamma's for the first time shortly after moving to South Pasadena.

I wrote about Mamma's more than a year and a half ago, but it wasn't very in-depth and the pictures weren't great, so I'm revisiting the place. I could list many reasons why I love Mamma's, or I could just point out that my better half lived in New York for the first 28 years of her life, including 4 years of college in the Bronx and several years living in Brooklyn and working in Manhattan, and this is the only pizza around here that she says reminds her of New York.

Ah hell, I will still list some of the reasons I love the place. When we moved to South Pasadena two years ago, Mamma's gave us a coupon for a free pizza with the words "Welcome to the neighborhood" on it. The service has always been great at Mamma's; every time I have had to wait a few minutes longer than I was told (I always do pick-up) they have given me a couple free garlic knots and something to drink. The people working there are always friendly.

Of course, all those little things would be meaningless if the food wasn't good. And it is damn good. When I first started eating Mamma's, I would explore some of the different pizzas on the menu, before settling on my standard: garlic and basil. Once, my buddy Phil told me I should try the chicken bacon ranch pizza, even offering to pay for it if I didn't like it. My friend Tracie and I ate it one evening and did like it, but I did not think it was anything too special, and I quickly returned to the garlic and basil.

Then I fell in love with "The Grandma's" pizza: margherita sauce, olive oil, fresh mozzarella, fresh garlic and fresh basil, all on a 16" by 16" square crust. It is one of the best pizzas I have ever had.

A few days ago I was having a beer with my friend Carla, who had taken a couple days off to celebrate her birthday. (Things I Should Have Known, Part 216: no matter how good a friend, never point out to a woman on her birthday that she is almost as old as the President of the United States.) She mentioned that she had never tried Mamma's and wondered if it was good. I assured her it was, and invited her over to my place that evening to give it a try.

As soon as Elizabeth got home I ordered the pizza, with the requisite garlic knots, and, since there were three of us (and it was Carla's first time having Mamma's), some toasted cheese ravioli. They told me it would be ready in 20 minutes, which was almost exactly accurate, and we picked up the food and returned the few blocks home.

It had been by far the longest stretch I have gone in the last two years without having this pizza. Now that I have a pizza pan for the oven and a pizza stone for the grill, it is much more likely that I get dough at Trader Joe's or Fresh & Easy and make my own pizza at home. (I've done the math and each one of those pizzas I make at home costs about four and a half dollars.) But damn... I had forgotten how good this pizza is. The zesty pizza sauce and the fresh cheese are an amazing combination and the thin crust is exactly how I want a pizza crust to be.

"What do you think?" I asked Carla.

"This is amazing," she replied.

"I'm surprised you even have taste buds left at your age."

(Okay, no, I didn't say that last line, that would have just been mean.)

When I had ordered the food, I asked for a dozen garlic knots. Elizabeth immediately said "I think you should get 18." As usual she was much smarter than I; we ended up eating all but two of them. (The additional 6 knots cost $1.75, one of the better deals in town.) They aren't always bursting with garlic flavor - sometimes they definitely could use more - but they are always delicious. The cheese ravioli has to be eaten immediately or the cheese hardens and loses some of the flavor, but when they are fresh and hot they are really good. I dip both the knots and the ravioli in the marinara sauce, which is one of the best ones I have ever had.

I tried to get the ladies to finish the pizza but they threw in the towel. It was sixteen slices and I said that if they each ate five I would eat six. They didn't go along with it. I tried to finish it myself - I probably had at least seven slices, actually - but then, feeling a little full and looking at the two remaining slices, I decided I would appreciate them more in the morning.

And I was absolutely right. Leaving those last two slices for my breakfast was one of the better calls on my part, because Mamma's pizza meets the standard of mine that only the late, great King Arthur's was able to live up to: it is every bit as good when eaten cold the next day.
Posted by JustinM at 10:07 AM

I think cold pizza is even better.

Ah yes, the chicken/ranch pizza offer... mmm, I still love that pizza! I must say though, I've moved on to a new favorite - a triple pep well done. Like all things I lable "my favorite" it will surely change in time... Perhaps my ever-changing ranking of minor things like pizza and breakfast cereal (as opposed to dinner cereal?) is an indication of some sort of personality flaw - but that's a topic for another day...

I'm not going to lie - when I first read about the new Marshmallow Pebbles a couple days ago, you were the first thing that popped into my mind.

Oh my. We are shamed to admit that we've never been here. But clearly, we must try this place -- the pizza looks like it's from Little Italy (NYC).

It's not gonna change your life or anything, but it's worth trying. People are so passionate about pizza that someone is always going to rip a popular place: Brownstone, Gale's, Casa Bianca, etc... But I've yet to have someone tell me they don't like Mamma's.

Yes, it is a universally loved pizza. My Korean in-laws always ask for it when they come over. Their delivery service is always pretty good.

Remember three years ago when you had leftovers from your in-laws and you shared them with me? That was the best Korean food I have ever had. Too bad I didn't have a blog then so I could write about it... hint, hint....

Your better half (much better; how the hell did you pull that one off?) doesn't read my blog like you do so I have to hint to you.

Who says she doesn't read your blog?

And to answer your question, I seduced her with my alter ego--Ramen Bryce.

While it might be pizza its Cali pizza nothing in new york tastes as bad as this.. and I lived in New York most of my life.. to say this is New York pizza is an insult

You anonymous commenters really don't ever have anything of substance to add, do you?