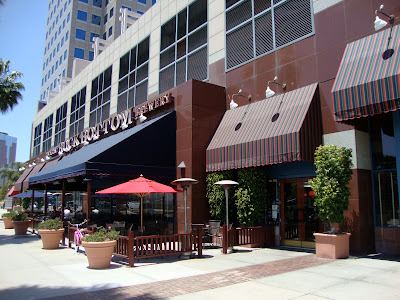 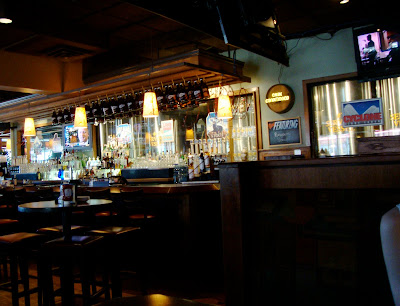 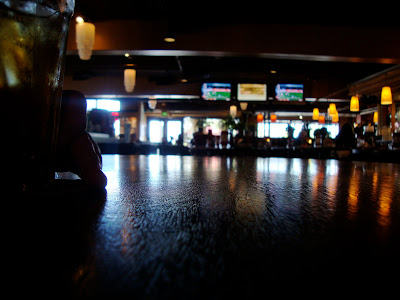 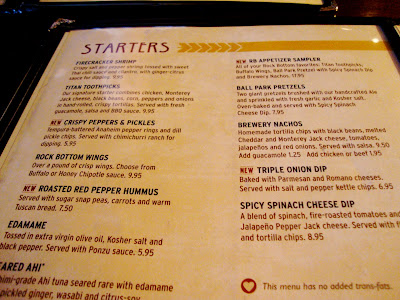 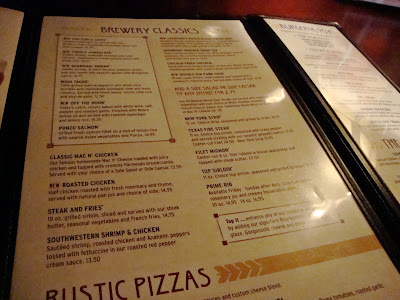 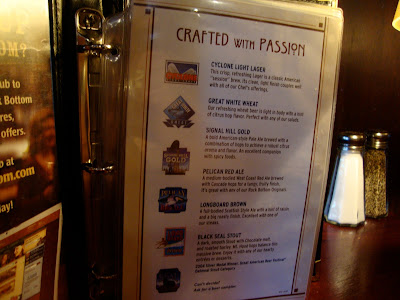 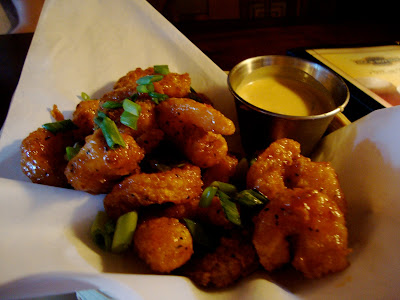 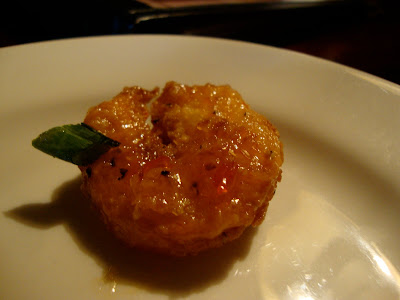 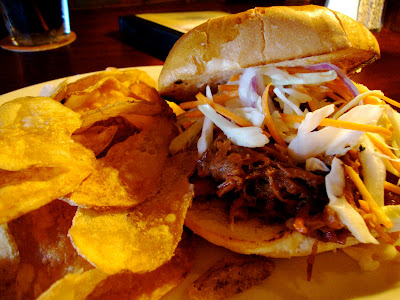 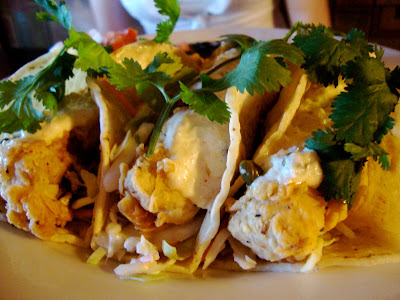 My first experience with Rock Bottom Brewery was in Portland, having a few beers with my dad, watching a UCLA football game back when they were good. So it must have been a long time ago. (I was actually a year shy of my 21st birthday, to be honest.) I do not remember the food as being anything special, although the beer was good. At any rate, the only reason we were there was that was the only place in town showing the game we wanted to watch. (We were up in Portland visiting my brother at college.)

Years later my best friend from high school was working in the San Jose/Los Gatos area and I would go up and visit him a few times a year. We drank a lot of beer in those days, so we decided the best idea was to stay at a hotel right next to the Rock Bottom. We would hang out in the restaurant for a long time. Once I went up over Valentine's Day weekend; my mom gave me $100 for David and I to go out for dinner. All these years later I'm not sure what is more funny: my mom giving me a present for Valentine's Day, or that present being money so my buddy and I could go on a "date." Either way, we went to Rock Bottom and they had a beer called "Fire Chief Ale." My friend was a firefighter at the time for the California Department of Forestry. We considered that beer to be a sign and drank plenty of it. We may have spent the entire $100 on beer. I do not remember.

But I have not been back to Rock Bottom in the last 8 years. There is no particular reason why, other than the fact that as I got older and more adventurous in my dining, the uninspiring choices usually found at brewpubs took a backseat to other cuisines. Once you discover things like Malaysian mi goreng or Salvadoran chicharron pupusas, there is only so much excitement you can muster for spinach artichoke dip.

On a recent gloomy day, Elizabeth and I headed down to Long Beach to walk around and get some sun and ocean air. I didn't really have a dining destination in mind, but we walked by Rock Bottom and I suggested we eat there. It was dark inside with only a couple tables occupied, and we almost went somewhere else, but we were both thirsty and decided to give it a try. (Our waiter told us they do a busy weekday lunch from "the suits who work around here" but the weekend lunches are very slow.)

I considered getting a beer for old time's sake, but decided to get an iced tea instead. (I don't drink beer at lunch like I used to, and I'm okay with that.) The appetizer of choice I always got back in the day were "Titan Toothpicks" - chicken, cheese and vegetables all rolled up in tortillas and fried. But this time we decided to get some "Firecracker Shrimp" - fried shrimp in a chili sauce with cilantro. I ordered a pulled pork sandwich and Elizabeth got the mahi mahi fish tacos.

The shrimp were a touch overcooked. There is nothing more disappointing than overcooked shrimp, and I will send them back if they are too rubbery. But these were acceptable and we ate them all. The chili sauce was nice, although the ginger-citrus dipping sauce on the side was much better. These were not as good as the Titan Toothpicks are in my memory.

My pulled pork sandwich was decent. It was not barbecue at all - it had been roasted - but the pork was lean and the sauce was tasty. Often when you get a sandwich like this, the sauce is much too sweet and that's all you can taste, but this one was a nice balance of flavors. The bun was exactly the texture I like, too. I had ordered homemade potato chips as my side, and I really liked them.

Elizabeth's fish tacos were very good. She had been given the option of grilled or fried fish, and of course chose fried. She gave me a couple bites and I liked them much more than I expected to.

But I don't think I will ever eat at Rock Bottom again. The same reason I went 8 years between visits is the same reason I doubt I will return: there is just too much good food out there in the world to visit chains that serve menus with 95% of the items in common. If I want a roasted pork sandwich or overcooked shrimp, do I really need to visit a restaurant? Can't I do that just as easily in my kitchen?

Is there an Old Chicago around LA? I miss that place.

No, there isn't one in California. I believe the closest is in Arizona. I don't miss the place, but I agree it was always a nice place to get a beer and a buffalo chicken pizza and watch a basketball game.

Wait, so you were 20 and drinking beer at the bar?

Yes. While technically against the law, I do not consider it a crime. We drank a lot of beer, had a great time watching the game (#3 UCLA won 52-28 at #11 Arizona) and then we walked the few blocks back to the hotel. I don't see anything wrong with any of that.

I was just wondering how you got served! lol

To be honest I do not remember. I certainly looked over 21, and I was with my dad, so I'm guessing they didn't even ask for ID.

Although I also had a fake ID. (Which, I'm willing to admit, probably should be a crime.)

Rock Bottom is like a more expensive version of Sizzler.

Damn Mikey, that's kinda harsh. Although, now that I think about it... I can't really find fault with your position.