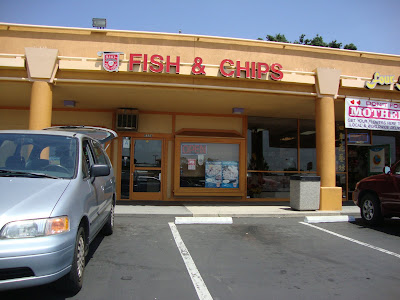 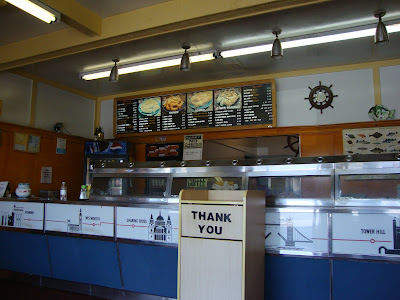 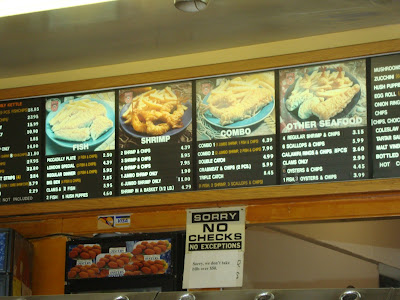 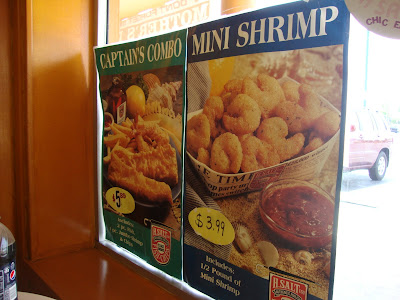 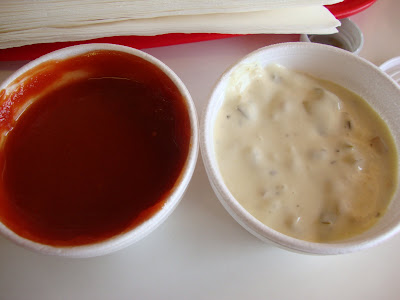 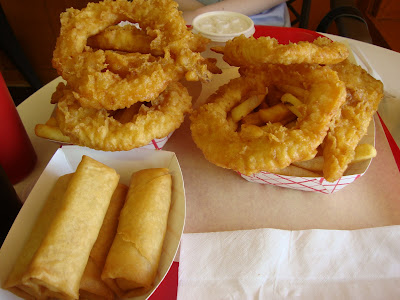 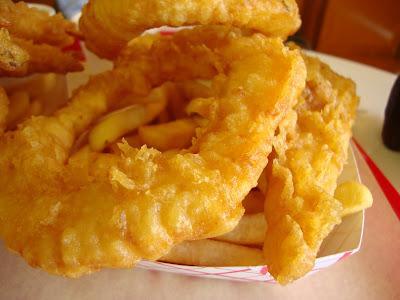 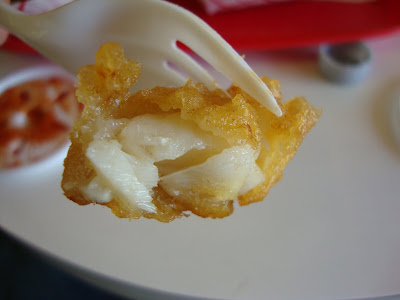 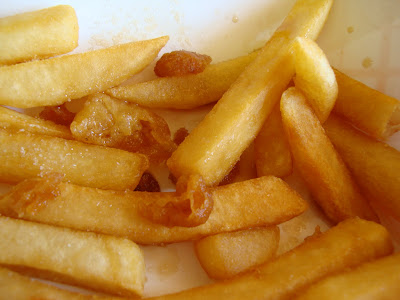 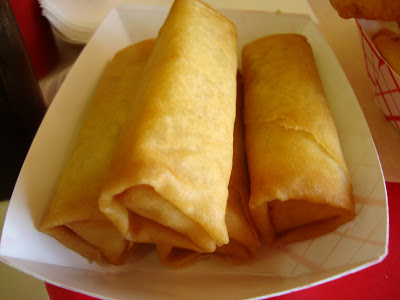 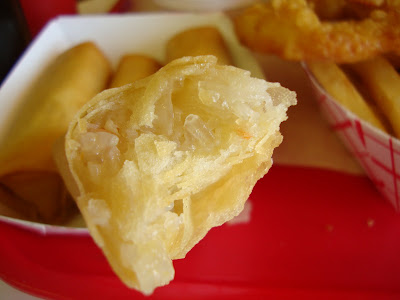 Two months ago, when I was up in Lancaster for the Quakes-Jethawks game, Elizabeth and I were driving around for a while, killing time before the baseball game started. I drove past a strip mall and noticed an "H. Salt Esquire Fish & Chips."

Wow, I thought. Those are still around? I have not heard the name mentioned in a long time. A few years ago I used to see H. Salt coupons in the mail every once in a while, but I have not seen any for some time now. When I got home that night I looked online and sure enough, there are a couple dozen H. Salt's scattered around Los Angeles County. The nearest one is in Temple City, down on Rosemead, in a shopping center that I'm pretty sure used to hold Federated when I was a kid (another name I have not heard in at least two decades). Maybe I'll try H. Salt one day, just to see what it's like.

The other day we were in the mood for seafood. I did not feel like sitting down somewhere for a full meal so I suggested we try The Fishery up on Lake Ave. I've never been there but I've driven by a few times and wondered what it would be like. So we headed up that way, only to find that they were closed. We needed to go to a couple places on the east side of Pasadena, so I suggested we give H. Salt a try.

The place certainly looked like a "chippy" when we walked in. (That's slang for an English fish & chips shop, although, according to Urban Dictionary, it also means a young and inexpensive female prostitute. It did not look like one of those. Unfortunately.) Like many fish & chips joints in the San Gabriel Valley, it is Asian-owned, and there are a few Asian items scattered about the menu. This always makes me happy, as it reminds me of the Chinese food and fish & chips my brother and I ate in Northern Ireland.

There was a poster on the wall advertising a special: two jumbo shrimp, one piece of fish and fries. I ordered that. "If I order the four piece jumbo shrimp and fries," Elizabeth asked me, "do you think that will be too much food?"

I also ordered four egg rolls. I knew I probably wouldn't be able to eat all of them but I really wanted to try one, and besides, the four egg rolls were only $1.90. We sat at one of the three tables inside the place. The framed maps of England and Scotland on the wall made me happy. It's not what I expected at an Asian-owned chain fish & chips outlet in Temple City.
It took about ten minutes for our food to be ready. Although I can't be sure, I think most of our food was in the fryer the whole time. When the woman put it all on a tray for use, I knew it was going to be way too much food. Elizabeth laughed when she saw it.
The shrimp were huge, either two shrimp or one butterflied shrimp formed into a ring. The batter was very good: crunchy and just the right ratio of substance to air. Unfortunately, the shrimp were a little overcooked. They were neither bad nor inedible, but they were slightly rubbery. There are very few food items I find more discouraging than overcooked shrimp.

The fish and the fries - or chips, I guess I should call them - were both decent. Will I ever go back and have more? No. But they were better than I thought they were going to be, especially when I walked in the door. The lady had given us containers of cocktail sauce and tartar sauce. The cocktail sauce was very thin and I was expecting it to taste like ketchup, but it was actually spicy.

I could only eat one egg roll. It was okay. There are probably 10,000 better egg rolls in Los Angeles County, but these were worth their small price. We took two of Elizabeth's shrimp and three of the egg rolls home with us. The shrimp were worthless as leftovers, but the egg rolls were not affected. We ate them cold, actually, and they may have even been better that way.
H. Salt can only be described as average, but I am glad I went. I was curious about the place when I was younger, then I forgot all about it for years and was reminded about it on a recent afternoon in the high desert. It was fun to actually go there and see what I'd been missing all these years, which, as it turns out, is not much.
Posted by JustinM at 10:20 AM

You have sparked not one, but two childhood memories of mine. H Salt and Federated. I remember my dad buying a betamax machine there and those great Fred Rated commercials.

I love the "No Checks, No Exceptions" sign... maybe I've been living a sheltered life and/or under a rock, but try as I might I cannot recall ever seeing a person try and pay for a fast food meal with a check... Next time I'm at the pub I'm gonna breakout the checkbook just to see the expression on Dave's face...

Bryce: Well, it's not exactly Dylan Thomas recreating the sights and smells of a long ago Christmas in Wales... but I'm glad to walk you down memory lane.

Anon: Also, ask if you can make it out for $100 more and get cash back. I mean, you know the answer is gonna be the same either way; might as well have some fun with it.