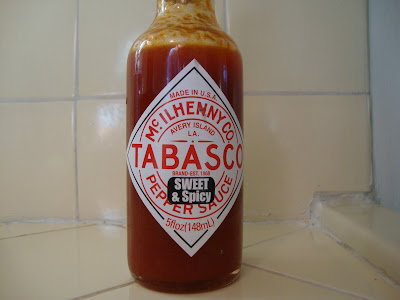 I love Tabasco. Sure, I love other hot sauces, too. In my cupboard I have Tapatio, Valentina, Frank's, and Texas Champagne. But the Tabasco lineup of flavors all have their purposes: the chipotle is great on pizza, the green jalapeno is perfect for eggs, the garlic spices up anything, and even the habanero is a nice addition to the cloying sauces that accompany most frozen Asian appetizers.

So when I heard that Tabasco was coming out with a new flavor called Sweet & Spicy, I was very much looking forward to trying it. But here's the part I didn't count on: you can't get it in Southern California. I not only went to at least twenty stores to find it, I used a "product finder" on Tabasco's website, and the nearest available location was in Arizona.

But, since I was in New York in July, I was able to buy a bottle. And it was fantastic. It is much sweeter than any other Tabasco sauce, but that's the whole point: it's a blend of "Asian spices" with a touch of heat to it. I have read of people being disappointed with the sweetness of the sauce, but I was not. It is best to think of this as a hot sweet sauce, rather than a sweet hot sauce. If that makes any sense.

Shortly after buying it in New York I tried it on a slice of pizza and loved it. But I did not buy any more bottles. Because I am an idiot. So if anyone is looking for a present for me, you can order me a personalized one-gallon jug of the sauce right here. That should last me at least a few days.

Here is a rundown of just some of the things I tried the sauce on before it ran out: 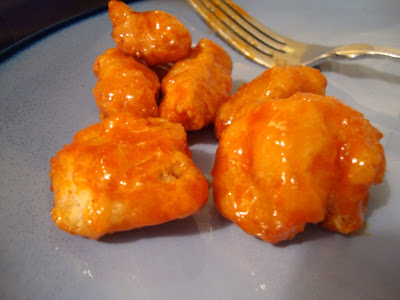 Trader Joe's Tempura Chicken: I've written of the chicken before, tempura-battered, white meat chicken that is as good as you will get at most restaurants, for only a few dollars for a bag that is more than enough for two people. After making it for dinner one night, I tossed a few of the pieces in the Tabasco Sweet & Spicy sauce. It was the best tempura chicken I have ever had. 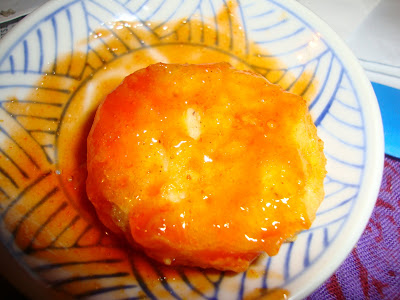 McNugget: Was this good? Yes. As good as McDonald's hot mustard sauce is on McNuggets? No. And not as good as the TJ's tempura chicken. But it had to be done. 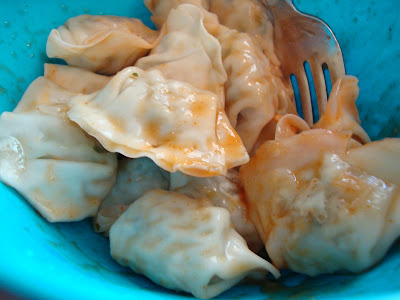 Whole Foods mini dumplings: the Sweet & Spicy sauce did not taste bad with these - it would not taste bad if I tried to eat it on a baseball - but it really didn't complement the dumplings. This was a waste of the precious sauce. 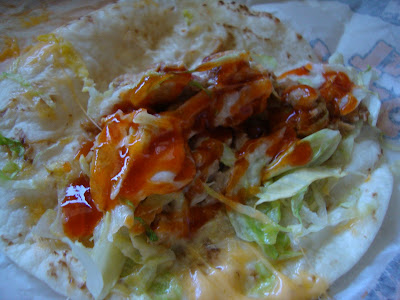 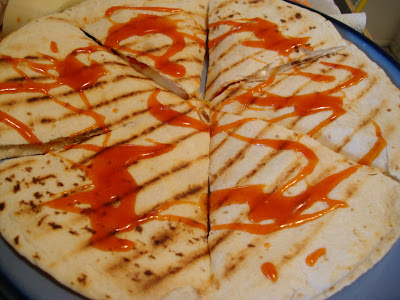 Cheese Quesadilla: Like the dumplings, the sauce didn't add anything. The quesadilla only had cheese in it; the gooeyness of it was the main taste and the sauce was lost. I wish I'd added some additional ingredients to play off the sauce. 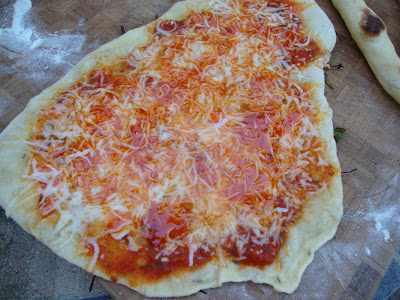 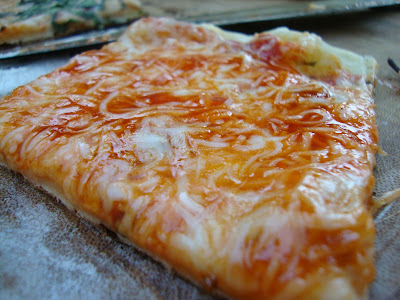 Cheese Pizza: My friend Tracie was over one night and I was grilling up some pizzas. There was only a little bit of the sauce left and I wanted her to try it, so I figured what the hell, I will make a pizza with it. I emptied the last of the bottle onto the dough, topped it with mozzarella, and threw it on the pizza stone. In a few minutes I took it off the grill. It was great. Tracie agreed with me that the sauce is very good.
Posted by JustinM at 9:12 AM

This stuff would be amazing on fries too i bet! im running out to buy some right now!