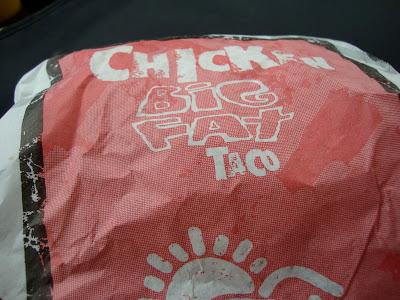 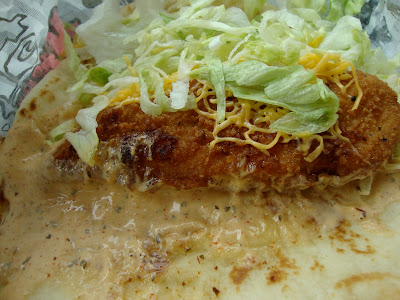 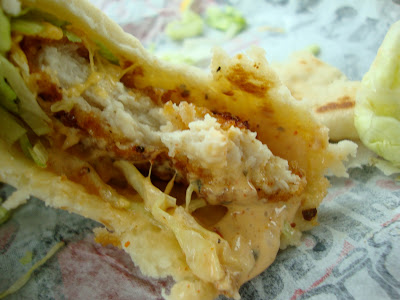 Well, I knew this day would come. Not the day when I would eat at Del Taco; that's pretty much every Tuesday (and most Mondays, Wednesdays and Sundays). But the day when I ran out of space on Blogger. After more than two years and 459 posts, I ran over my limit of free space. I considered shutting down for good, ending this experiment, possibly throwing my computer into the street and firing my gun into the air and shouting something dramatic in Latin. But I don't actually own a gun, nor do I know Latin (beyond a couple words that have no place on a family blog) so really I just intended to sit on the couch and bitch a lot, which is how I handle most adversity.

But then I found out I could purchase twenty times the amount of storage I currently have for only five dollars. That seemed a quite reasonable amount, and I like to help out fledgling, unknown businesses like Google, so I did it.

So we're back in business.

I'm not a fan of tacos served on thick shells, (some, like this one, are almost like pita bread), but I still decided try the Big Fat taco. You can order it with grilled or crispy chicken; I opted for the latter. You can also request "ranch sauce" or a "zesty ancho sauce." I am not a fan of ranch and I love ancho chiles, so that was an easy call.

I saw the girl behind the counter assembling what could only be my taco, and she squirted ranch sauce all over it. I pointed out that I had requested ancho. No big deal - the two names sounds alike, and English was not her first language, and she corrected the mistake with a smile. (That's all I ever ask for; you can poison my food and scald me with kitchen grease and as long as you're genuinely apologetic I probably won't get upset.)  She asked me if I would like the ranch one, too, since she was going to have to throw it out. I said sure.

The thing tastes about how it looks: if a fried piece of chicken with a slightly spicy sauce and inexpensive toppings sounds good to you, you're probably going to think this is good. If you think that's disgusting, I can't see any way you'd like this. My opinion? It wasn't terrible, and if you replicated this at home with high quality things, it would actually be very good. (My friend Tyler and I once had an idea of doing a dinner where we make homages to fast food, where everything is based on a fast food item but done with a gourmet twist. But, like my dream of playing small forward for the Lakers, that party idea fell by the wayside.)

Now, was it good? No, I would not go that far. I certainly will not try it again. But once again Del Taco has come out with a product that does not suck, and in the fast food world that puts them well ahead of the pack.

Ran out of space?? Aw man, I didn't realize that was possible!

Uh, the shell doesn't appear to be crispy - so, if one were to order it with the grilled chicken would it be anything other than a big fat chicken taco?

I have about ten dollars in coins in a jar at my house that you may have if you ever get one of those crazy ideas again.

Glad you opted to stay in business!

Thank you for sacrificing your digestive system (and possibly your health) so that we can we can get the low down on the local grub.

You're a good and brave man!

I thought it looked decent. Now, I no longer want to try one. Oh well.