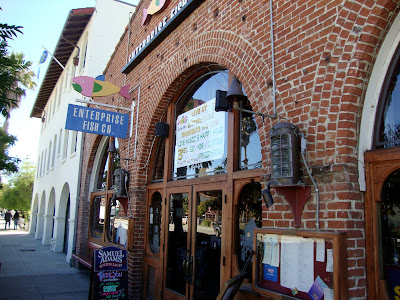 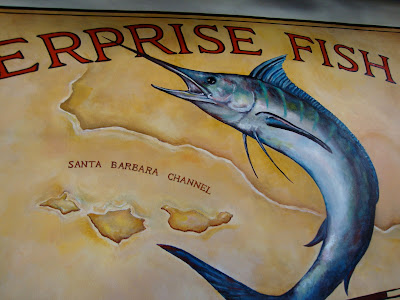 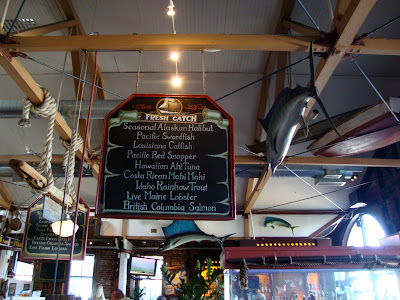 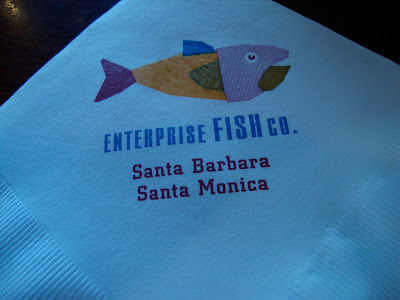 Is there anything better than a drive up the coast to Santa Barbara, a walk out on the wharf, lunch on State Street and maybe a pint of Guinness at the James Joyce? A couple hours there can feel like a couple days away; a couple days can feel like a month. The other day Elizabeth and I needed that and we left town early in the morning, stopping for some shopping in Camarillo, arriving in Santa Barbara just after noon.

I've eaten at many restaurants in Santa Barbara over the years and I had nothing special in mind on this occasion, but I was quite hungry by this point and we were close by Enterprise Fish Co., near where the 101 crosses over State Street. I'd eaten at the Santa Monica location of Enterprise several times in years gone by, but only once at the Santa Barbara location - a Tuesday night dinner years ago where I ate the largest lobster I have ever had in California, for about 25 bucks. I remembered it as one of the more enjoyable evenings I have ever had in Santa Barbara. And I've had a lot. I suggested returning to Enterprise for lunch. 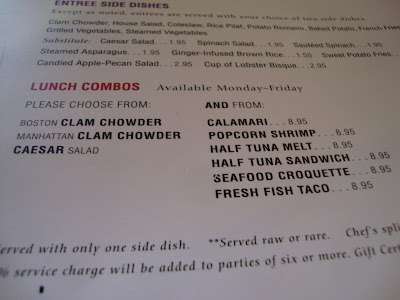 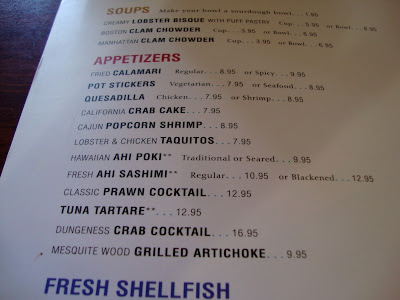 The menu is pretty extensive; there is a mesquite grill in the middle of the restaurant and a host of grilled options, live lobsters, pastas, sandwiches, and even steaks. But two things jumped out at me: the appetizers, of which there were about a dozen, and the lunch specials, each of which was paired with chowder or a salad for $8.95. I suggested we get an appetizer and informed Elizabeth that I was going to get a lunch special. She was torn between the crab cakes lunch special or an Ahi tuna salad, eventually choosing the former. 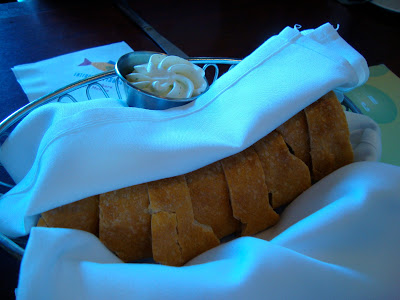 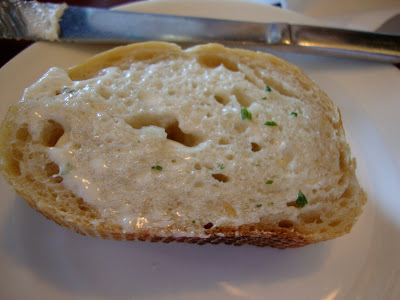 We started with some bread and house butter. This is one of those good news/bad news things. The bread was delicious and the spread was phenomenal, perhaps the best I have ever had. The bad news? It' was the best thing I ate during this lunch. 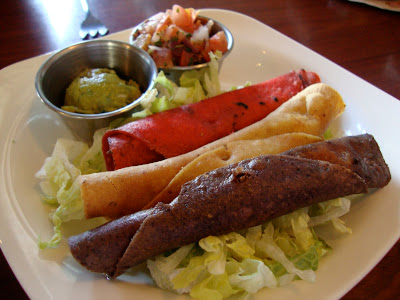 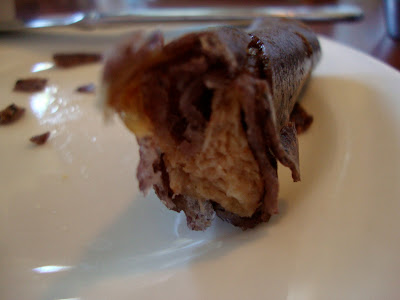 Our appetizer was an order of lobster and chicken taquitos. I'm not going to mince words here: they were bad. I don't know how long they left these in the fryer, but it was too long. Have you ever bitten into something that was so tough you were worried it would chip a tooth? These worried me. Inside the tough tortilla was a mostly flavorless tube of substance that smelled vaguely like lobster but tasted of neither lobster nor chicken. We did not finish these. 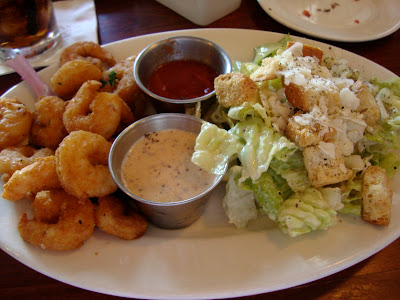 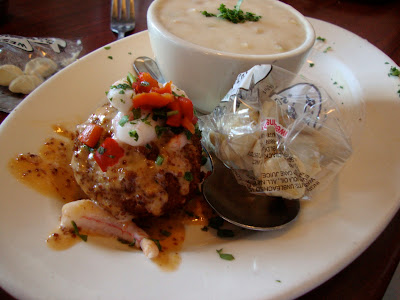 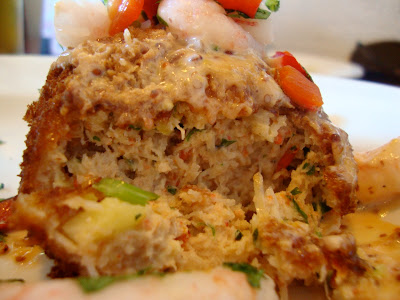 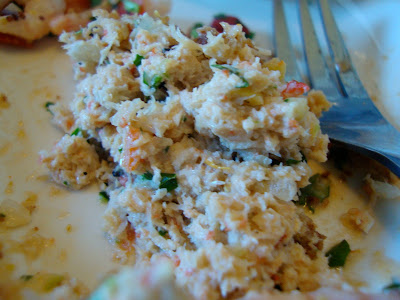 As usually happens, Elizabeth made a better call than I did: she got the crab cake lunch special with clam chowder. I'm not a big clam chowder fan, but I took a sip and I liked it. And she was nice enough to give me a couple big bites of crab cake. It was great. I considered telling the waitress how poorly my shrimp were cooked and asking if I could have a crab cake instead, but I did not. This was one of the best crab cakes I have had in years, full of sweet crab flavor, with very little filler.

This was one of the most disappointing meals I have had in a long time.  Of course, it's possible I am not being fair, that I am judging it not just in terms of the quality of the food, but against my previous meals at both Enterprise locations, in which case it never really had a chance.

On a night many years ago at the Santa Monica location - after two friends and I had picked up a fourth friend at the airport in a limo and gone out drinking - I had one of the more fun nights of my adult life. At my previous time in the Santa Barbara location, I'd had a great dinner on a cold winter night then walked back to a hotel room overlooking the bay two blocks away. This meal could not come close to those others, but maybe that had to do with more than just the food.

A couple months ago my friend Tracie was in Florence, Italy. Years earlier I had been there, too, and purchased my dad a beautiful, handmade leather wallet, something that smelled like brand new leather for years but has now mostly fallen apart. I surreptitiously took that old wallet out of my dad's drawer and photographed it from every angle, sending the pics to Tracie in the hopes that she could go to that leather factory and find a duplicate.

But they did not have anything similar to that, and the guy working at the shop said it had been years since they'd carried anything that nice. He told Tracie something in Italian that she says translated roughly as "Sometimes things are better left as a memory."

That is how I feel about Enterprise Fish Co.

I went there because they had a sign for a late night happy hour. After ordering things off it then getting the bill with no discounts, I asked about it. "Oh we don't do that anymore" I was told. We just haven't taken the sign down.

Mindful: I used to like Cold Spring. Rachel Ray killed it for me.

Enterprise Santa Monica was my lunch haven for a couple of years when I worked in the area.
A bowl of chowder or little necks with that sourdough bread and a cleansing pilsner hit the spot every time. I still crave it and sometimes yield to the Cameron's temptation, only to be regularly disappointed.

I wonder who does the best chowder in Pasadena?

I am definitely not qualified to answer the chowder question. With my opinion of seafood in Pasadena, I would guess your best bet is heading up to Fish King in Glendale, but I just can't be sure.