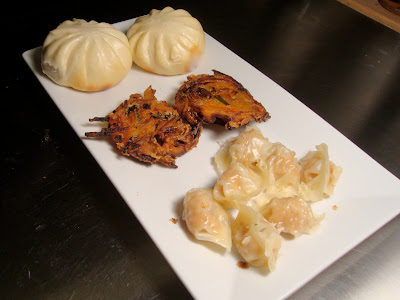 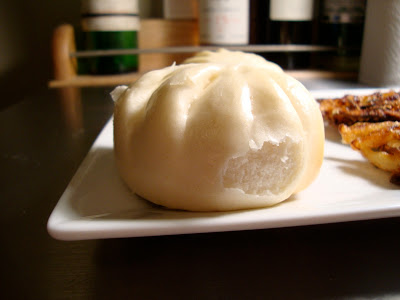 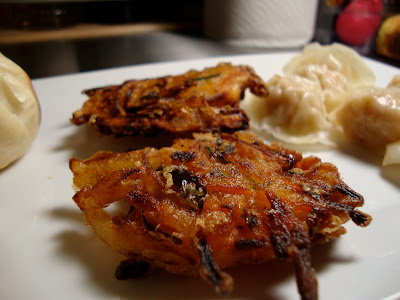 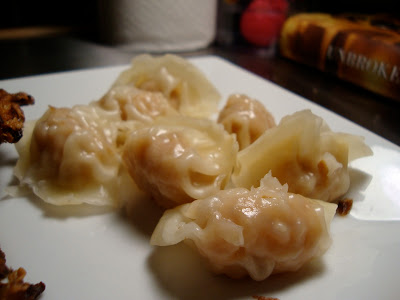 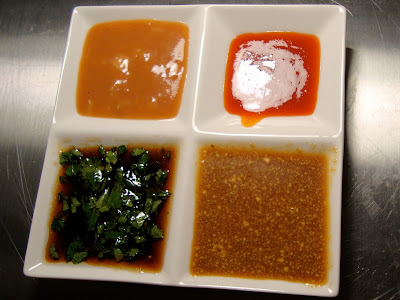 We have all - if we've been lucky enough - had meals that were planned long in advance and still lived up to the hype. I was lucky enough to take a 7-week trip around the country with my family when I was a kid; my parents planned many meals long in advance. I remember a meal at Commander's Palace in New Orleans - years later I learned Emeril was the head chef at the time - though to be honest I remember less about the food than the artwork and the fact that I had to wear a tie.

Last spring was Elizabeth's 30th birthday and I planned a dinner at The Hitching Post long in advance. In the back of my mind was always a worry that it would be a disappointment, a tourist trap, but in the end it wound up being the best steak I have ever eaten. Years ago my friends and I planned a New Orleans Mardi Gras trip almost a year in advance. At the time of the planning we knew one restaurant we had to eat at. We did and it was magical.

But then there is the flip side; those meals that come together in the spur of the moment and could not possibly be improved upon. That's the good stuff, those times you're sitting with your friends and you think Hey, I've got some carne asada in the fridge, let's grill it. Those summer nights when you're watching a game at Dodger Stadium and you realize it's the top of the 9th and if you leave right then you can make it to El Cholo for one cerveza and a quesadilla before they close. It might be cutting it close but then again it's Dodger Stadium so most of the fans have already left, right? That time when you were a teenager and starving and thinking about microwaving a frozen pizza and your dad called you on his way home from work and said "I was thinking about stopping by Philippe's; want a French dip?"

Yesterday evening my friend Tracie stopped by to drop off a camera; I had lent her our spare camera a while ago and now that our main one is busted, I needed it back. She asked if I had anything to drink but I did not. We ran out and got some wine and returned to sit on the patio. I almost feel guilty, looking at the weather in much of the country, but it was a very nice evening and we relaxed until Elizabeth got home.

We talked for a couple minutes about what to have for dinner. (Actually, they talked about makeup for a long time while I tracked the UCLA-Arizona score on my phone.) I suggested I make dim sum from some of the items we had in the fridge.

"Do you have any oil?" I asked Tracie.

"Yes," she said, "and a shallot and some cilantro that I need to use."

My parents got me a bamboo steamer for Christmas and I used that to steam Trader Joe's pork buns and some chicken and garlic mini dumplings. The other day I had run a couple errands for my mom and stopped by my parents' house in the afternoon. I had not eaten all day and I saw a bag of chicken & garlic mini dumplings in the freezer. I ate half of them... and then the other half. The next day I went by the store and bought yet another bag. These things are delicious but as violently spiced as any dumplings I have ever eaten. Smearing them with Zankou garlic sauce would actually temper the flavor.

I pan fried another favorite of mine, the Trader Joe's vegetable birds nests that have made more than one appearance on the blog over the years. They are always fantastic, as good an appetizer as any restaurant vegetable tempura I have ever had.

Since picking up the four-compartment sauce dish at Cost Plus last month, I have been going a little overboard with making sauces. And this was no exception.

In the upper left corner, I poured some mustard barbecue sauce, rice vinegar, and diced shallots. This was my favorite sauce with the barbecue flavor of the pork buns.

In the upper right corner is the Tabasco Sweet & Spicy sauce that I had Elizabeth pick up in New York last month. I did nothing special to this other than shake it out of the bottle.

The vegetable birds nests come with two packets of a tempura dipping sauce that is decent, but much too sweet for my taste. In the lower left corner of the sauce dish, I added some chopped cilantro and a few dashes of red chili flakes to the sauce, which added just the right amount of spice. This sauce went beautifully with the fried tempura birds nests.

In the lower right corner is the other packet of sauce, mixed with Trader Joe's "garlic aioli mustard sauce." This was definitely delicious although the pairing of it with the chicken & garlic dumplings was powerful; I believe I could have lit a candle by breathing on it.

This was a fantastic, relaxing dinner, made all the better by the fact that it was a last minute decision. From the time we decided to make dim sum to the actual eating of it was less than twenty minutes. It was my favorite dinner yet of 2011.
Posted by JustinM at 11:40 AM

Are you reading Unbroken?

I haven't started it yet but yes, my friend lent it to me the other day. I also have Keith Richard's autobiography to read. I will start on one of them this weekend.

I know the effect those chicken & garlic mini dumplings had on me the last time I ate them. Garlic farts of doom!

Can you tell us what all the photos are in your collage? Some of them look so damn good!

The next time UCLA has a basketball game on, I'm coming over to your place instead of wasting my time watching. I think you spent your two hours much better than I did...

You should have a contest--1st person to identify all of the pictures in your collage correctly will get a free cherry cone.

If you could actually get cherry-dipped cones around here, I might consider it. But I would have to fly the winner to New York, apparently.

I've got a bamboo steamer floating around my house that you've just inspired me to use. Good work here, Justin.

It's always so much fun to stumble on the blog of a real food lover. I'm new here and have spent some time browsing through your earlier entries. I love the food you feature and discuss and I'll definitely be back. I hope you enjoyed those dumplings. Have a great day. Blessings...Mary