The Remains of the Day (of Shabu-Shabu) 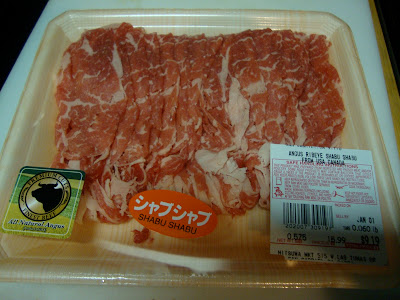 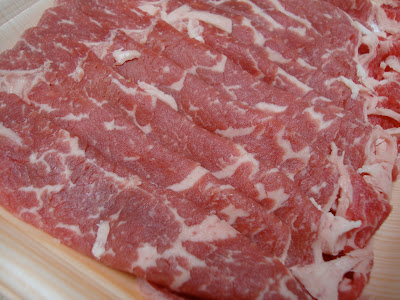 Last week my parents were having a couple friends over for dinner and my mom asked if I would go to Mitsuwa Marketplace with her. I said yes; I always enjoy visiting that store (although I find it one of the most frustrating parking lots in all of Southern California). My mom bought eight packages of ribeye meat.

On New Year's Day I stopped by my parents' house to watch football. I was not surprised to find four packages of meat still in the fridge. This made me happy and I set about making snacks. 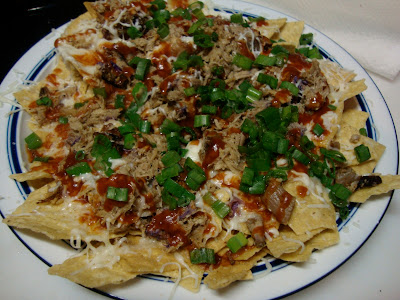 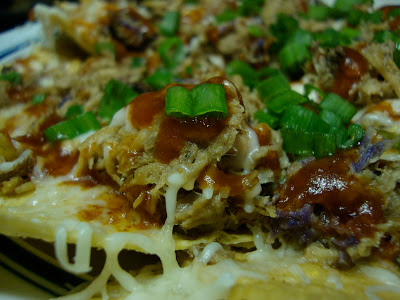 I cooked some meat in a pan with salt and pepper and threw it on top of tortilla chips. I diced green onion, added mozzarella, and drizzled Taco Lita hot sauce all over the plate. They were outstanding and were eaten as fast as any nachos I remember making. 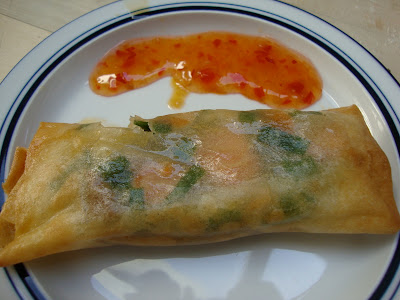 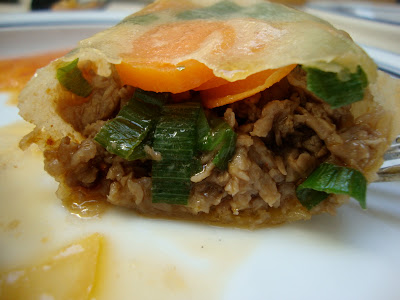 There were egg roll wrappers in the fridge and I thought Why not? I again sauteed some meat in a pan with green onion and diced carrots, then placed it in the wrapper and rolled it up tightly. I heated some oil and fried the egg roll for a couple minutes on each side and then served it with chili sauce.

The flavors were still good and the crunch of the wrapper was nice, but overall it was an unnecessary thing to make. The meat was such high quality, there was no need to eat it in egg roll form; the taste would have been just as good without being fried. 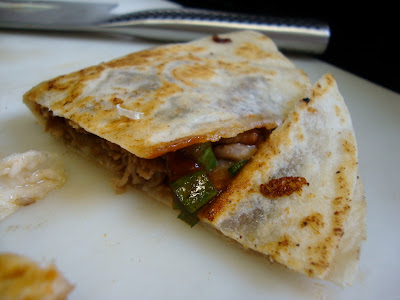 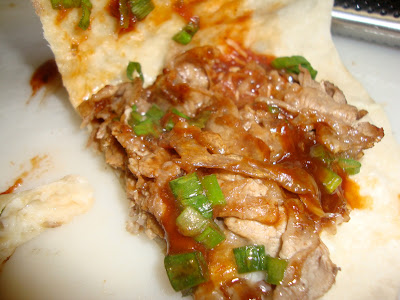 I took some of the meat and green onions from the egg rolls and placed them in a tortilla with barbecue sauce, then grilled it in the pan with the fat and oil from the meat. This was better than the egg roll because the peppery barbecue sauce complemented the shabu-shabu meat better than the sweet chili sauce. I don't think I will ever make the egg rolls again, but I could see myself making another quesadilla with this ribeye meat. 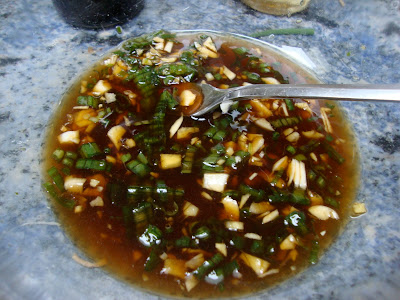 I decided to get a little more ambitious. I mixed up a marinade of ponzu sauce, vinegar, green onion, ginger, garlic, and a couple slugs of sriracha. I placed several pieces of meat in the marinade for more than a hour. Then I quickly grilled them in a pan. 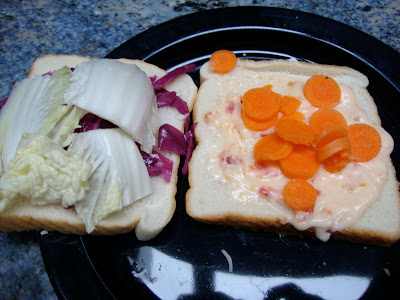 On slices of white bread I put red cabbage salad, Napa cabbage, sliced carrots, and a mixture I threw together of mayonnaise and chili sauce. 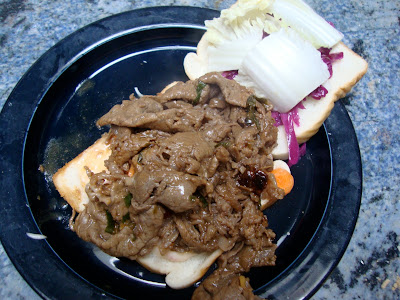 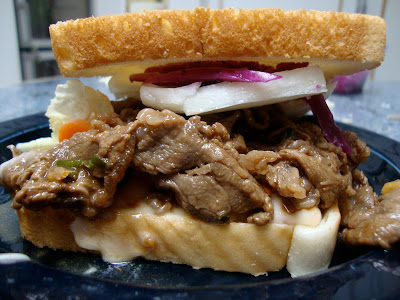 I piled the meat on the sandwich and took a bite. It was outstanding, the best of all the things I made. The crunch of the Napa cabbage, the sweetness of the chili mayo, the tang of the red cabbage salad and the buttery, flavored meat were a wonderful combination. I could have eaten several of these if I hadn't been full. Maybe next time.
Posted by JustinM at 11:57 AM

Personally, I want the nachos.