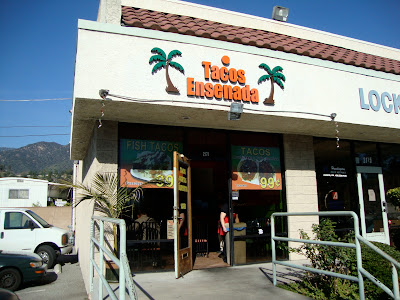 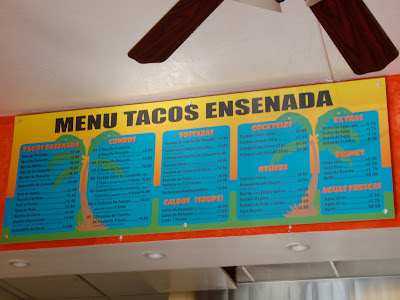 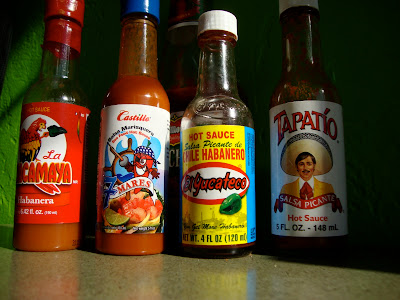 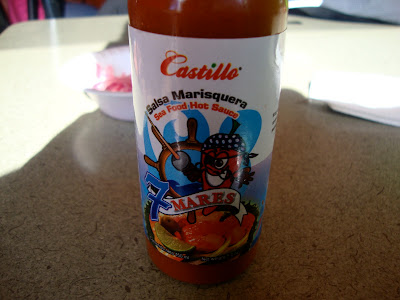 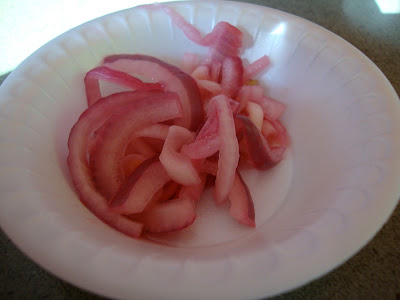 A couple months back, Los Angeles Magazine listed the "Top 10 Mexican Restaurants" in Los Angeles. Such lists are of course subjective, perhaps no list more so than tacos. I have had hundreds, perhaps thousands of conversations with friends over the years on the subject of food and restaurants. Everyone has their favorite taco joint; if you asked my twenty closest friends you would probably get twenty different answers.

Crammed in amongst the list of usual suspects like La Huasteca, Loteria Grill and Guelaguetza was a place in Duarte called Tacos Ensenada. "The tiny Duarte restaurant is essentially a Baja taco stand backed against the San Gabriel Mountains" begins the first line of the magazine's description. How could I not try that?

My friend Tim and I headed over there around 1 in the afternoon. At the end of a tiny strip mall on Route 66, you could easily miss the joint if you're not paying close attention. Every table was full when we walked in, with a couple people milling about outside waiting for to-go orders, but by the time we both had ordered (which only took a couple minutes) three tables had opened up.

I ordered a fish taco, a shrimp taco and an al pastor; upon being told they were out of al pastor I changed it to a carne asada. Tim ordered the same fish and shrimp tacos as I and added a fish ceviche tostada as well. It took more than ten minutes for the food to be ready but that was no big deal - there were customers coming in every minute and placing orders, and besides, we sat at a table by the window and I enjoyed the sun from the first warm day of the year. (Plus I had time to eat pickled red onions and decide which of the hot sauces on the table I wanted to use.) 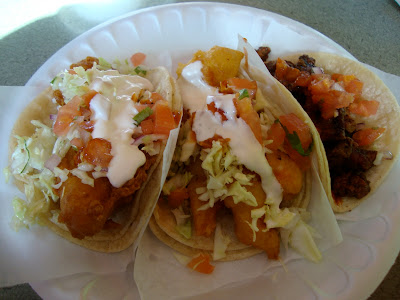 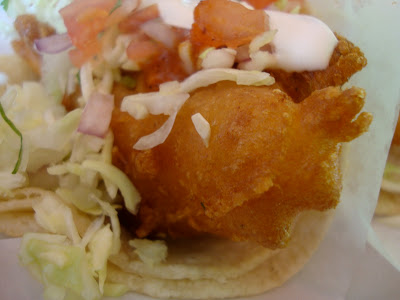 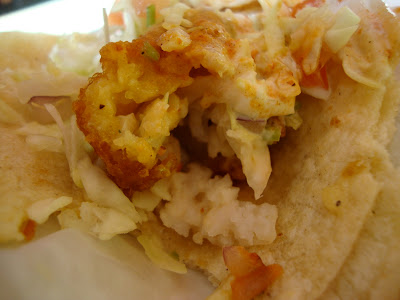 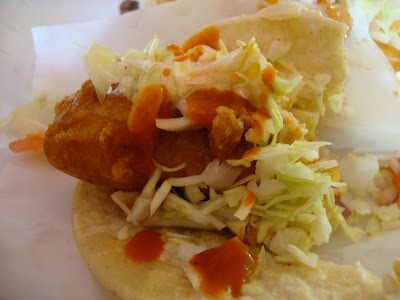 The fish taco was fantastic. The batter was perfect: light, airy, and crispy. The fish underneath was moist and flavorful, and the crema was mild, the perfect condiment to pair with the seafood hot sauce, which I drizzled on the last couple bites. It's not the best fish taco I have ever had - the fish tacos I have been enjoying lately at La Estrella are better. But it was great. (And, at $1.49, half the price of those La Estrella tacos.) 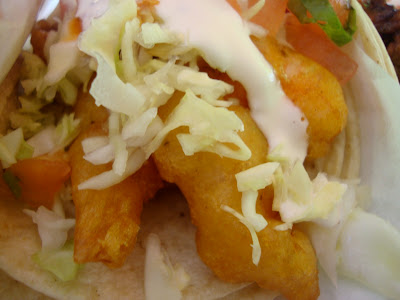 The shrimp taco was even better than the fish. The batter was just as good and a touch crispier, and the shrimp was perfect, tender and tasty. (Tim had a shrimp on his plate with the batter broken open, revealing a beautiful white and pink shrimp, but just as a I reached for my camera to document it he took a bite. Oh well.) Imagine the best popcorn shrimp you've ever had, thrown into a taco. That's about what this was. 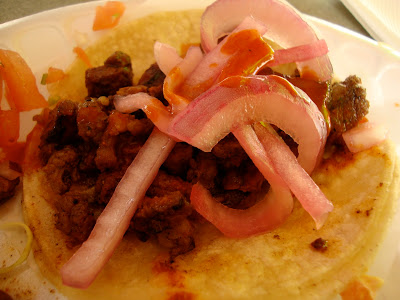 The carne asada was average. It was lean but incredibly salty. This was not a big deal to me; Tacos Ensenada is known for their seafood. I only ordered this because they were out of al pastor, and I only ordered that just to try something other than seafood. I would never order one of these again, but I am not sorry I did and I ate the whole thing, loaded with pickled onions and Tapatio sauce. 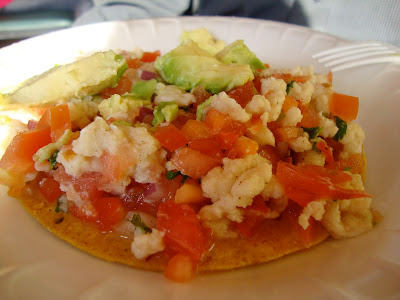 Tim enjoyed his ceviche and offered me some, but it was too loaded with tomatoes - not to mention topped with avocado - for me to try it. But I'm still posting the photo.

I really liked Tacos Ensenada. My three tacos were $5.34 and they filled me up nicely. I would not hesitate to return if I was nearby, but I won't be rushing back. There are still far too many fish taco joints I have to try that are closer to me.
Posted by JustinM at 10:52 AM

These all look delicious!! The ceviche looks amazing.

Just recently noticed a new late night taco truck on Raymond in the new Jones Coffee location parking lot if you’re into that kind of thing. There sure are a lot of those to choose from these days.

At what point in the mix do they overlap each other? Hot sauce doesn’t have tomatoes and that‘s why you like it!?

It's the texture and seeds of tomatoes that I do not like. Tomato sauce (non-chunky variety), ketchup, I can handle these things. And if something has finely diced tomatoes in it, like the salsa on the seafood tacos, I can deal with it, though I don't really like it.

How do these tacos stack up against Tacos Pasadena??